The island’s sports community came together on Sunday, March 15th, and participated in a fundraiser football marathon aimed to assist triathlete and San Pedro Town Council Sports Coordinator Kent ‘Bob’ Gabourel with medical expenses. Gabourel suffered an accident during the M and M cycling tour and broke his collarbone. The triathlete underwent an initial surgery in Peten, Guatemala, and is scheduled for a second session to properly address the issue. 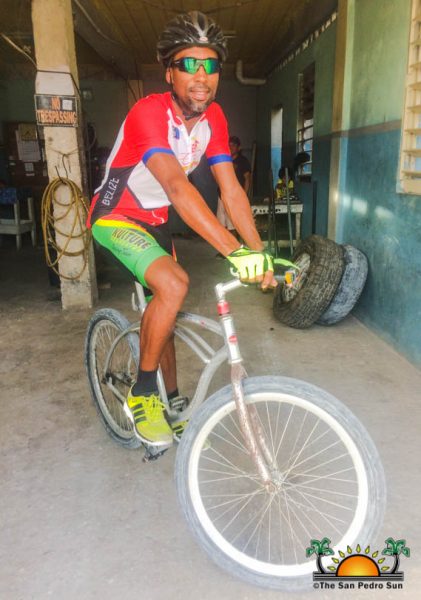 The marathon saw 12 teams participating throughout the day at the Ambergris Stadium. The event started from midday and spanned late in the evening when Team Boca Bombers emerged victorious via penalty shots. There was plenty of food and drinks for purchase. 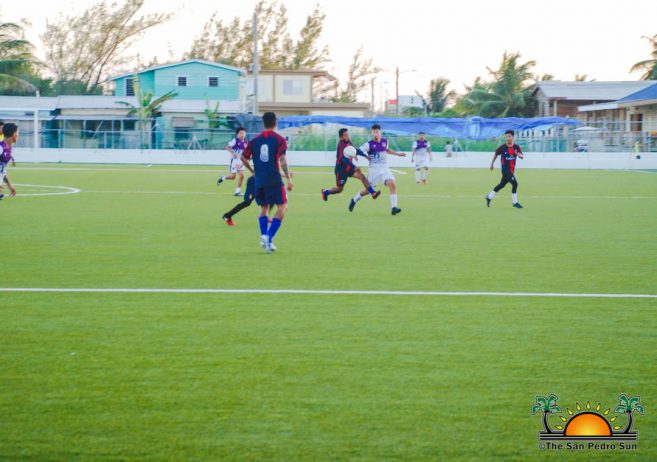 The first round of games saw Team Martha’s Ice overcoming the Junior College 2-0. Alaia FC then took on Hellfighters, defeating them 2-0. The Police Department brought a team to the competition, but they fell short 2-1 against Team Conquerors FC. San Pedro High School (SPHS) and Team Intruders finished the game goalless and went into the penalty shots. SPHS missed one goal, while Intruders scored all their shots winning 6-5. 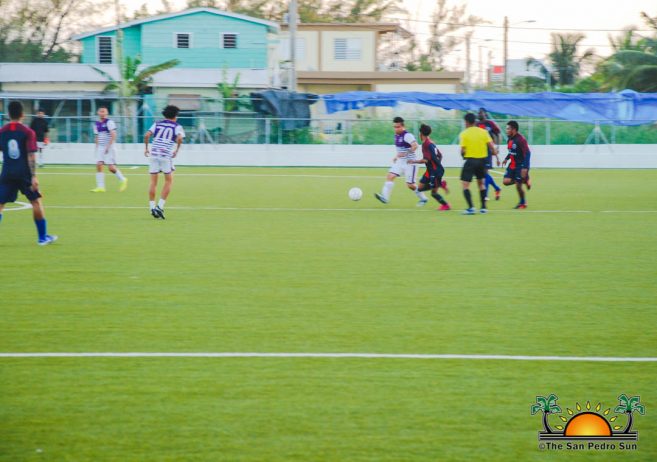 One of the strong teams, G Strikers, faced a tough Boca Bombers drawing 2-2 at the end of the match. Penalty shots followed, and Boca Bombers was able to secure a 4-3 victory. Jokers FC then defeated Liga 3-2. 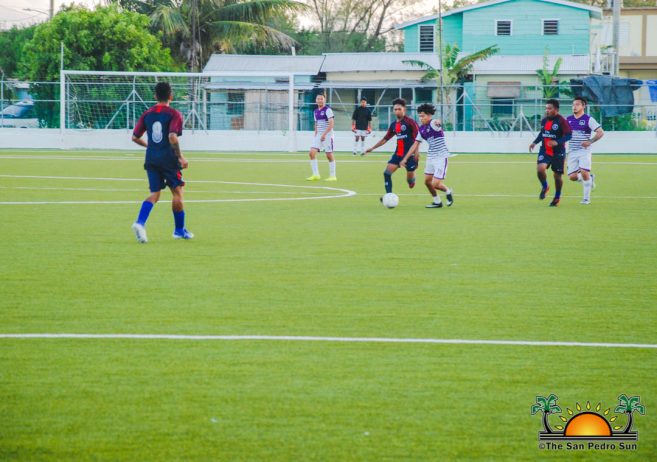 SPHS and Boca Bombers tied at the end of their match, leading into penalty shots. Once again, Boca Bombers overcame its opponent 4-2. Martha’s Ice beat Jokers FC 2-0, and Intruders was defeated by G Strikers 2-0. The next match saw Conquerors FC taking the win from Alaia FC with a final 2-0 score. 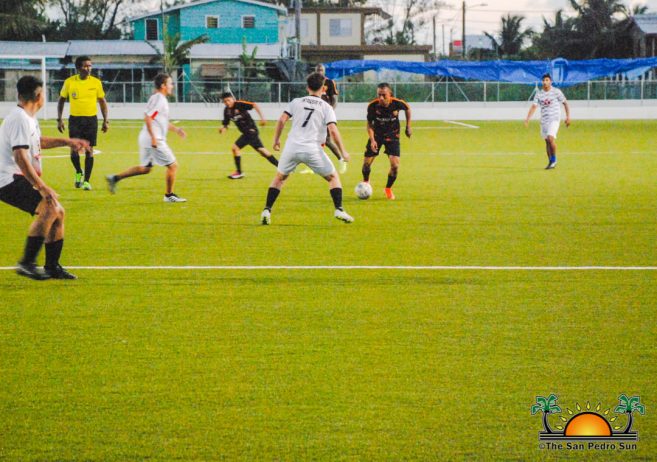 Boca Bombers opened the playoffs of the marathon with a crushing 3-0 victory over Martha’s Ice. Conquerors FC and G Strikers tied 1-1, and in the penalty shots, Conquerors won 4-2. 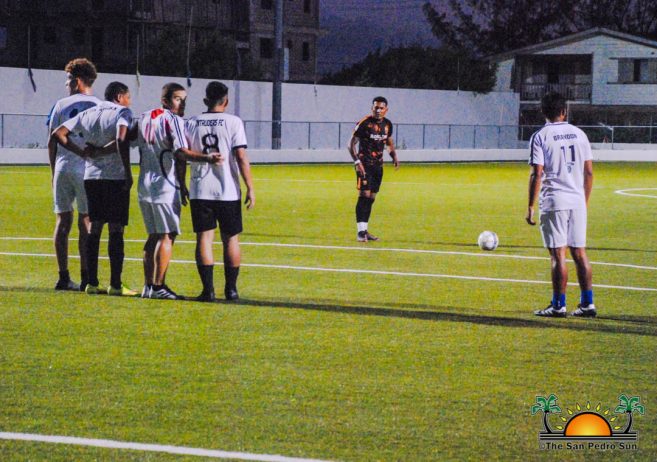 The last game of the evening for the championship was between Boca Bombers and Conquerors FC. Both teams played hard, determined to best each other. There could be only one winner, but at the end of the game, they tied 1-1. Penalty shots followed, and Boca Bombers proved to be the top team by winning 4-2. 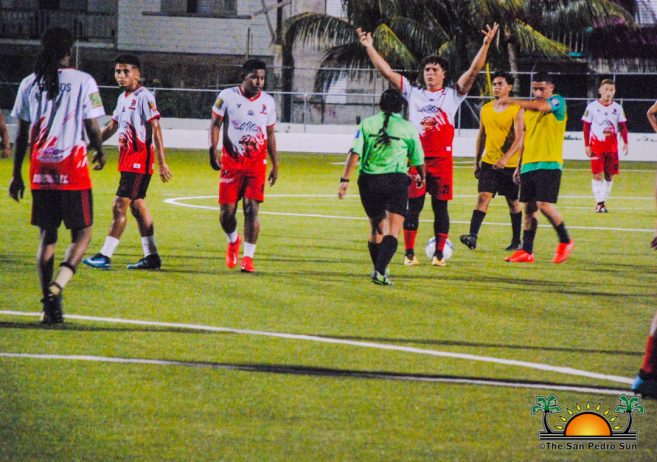 Immediately after, they were presented with a trophy and posed for team pictures. Gabourel thanked everyone who came out to support, saying how proud he was of everyone that contributed in one way or another to the success of the marathon. 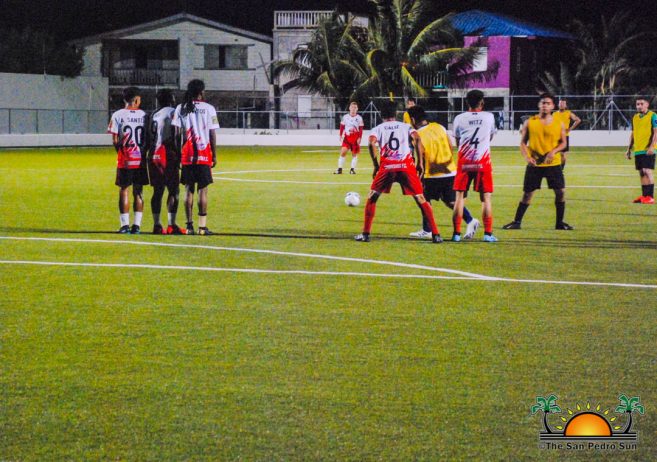 Sports Councillor Hector ‘Tito’ Alamilla, also thanked everyone and commended the island community for their support in times of need. 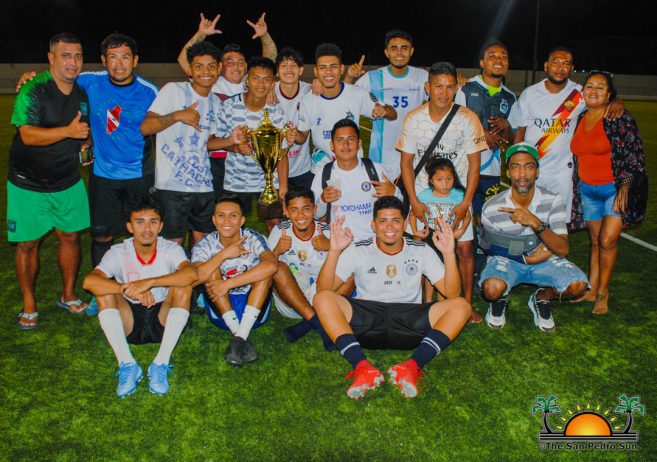 Gabourel is scheduled to head back soon to Guatemala for a second surgery on his collarbone. The San Pedro Sun wishes the triathlete all the best, and may he have a speedy recovery after the much-needed medical treatment.

A year after the devastating fire, San Pedro Town continues bold and strong