On Saturday, March 14th, a San Pedro Belize Express water taxi vessel traveling from Chetumal Mexico, was denied permission to dock at the International Boat Terminal in San Pedro Town. The vessel was reportedly bringing 50 passengers, mostly Europeans, including three Belizeans. Some of the passengers were suspected of being infected with Coronavirus. The vessel remained anchored on the lagoon side while guarded by the Belize Coast Guard. The initial plan was for the passengers to overnight on the boat and then return to Chetumal. Because of the limited amenities on the boat, the vessel was escorted back to Chetumal, where Mexican authorities awaited.

According to reports, some of the passengers believed to have been infected with the disease, had previously attempted to enter Belize via the northern border in the Corozal District and were denied entry. These passengers allegedly tried to get to Belize by water, but when the boat manifest was revised, those names raised flags; thus, the boat was denied entry to San Pedro.

A day after, San Pedro Belize Express issued a public statement regarding the incident. The vessel involved in the incident reportedly left San Pedro on its route to the Mexican city early in the morning. According to the company, the vessel was scheduled to return from Chetumal to Belize at approximately 2:30PM local time with a total of 50 passengers and three crew members. The Chetumal vessel was later ordered to return to the last port of call since the passengers on board were from the countries that fall under the category of concern for Covid-19. They noted that none of the passengers showed any signs or symptoms of the virus. 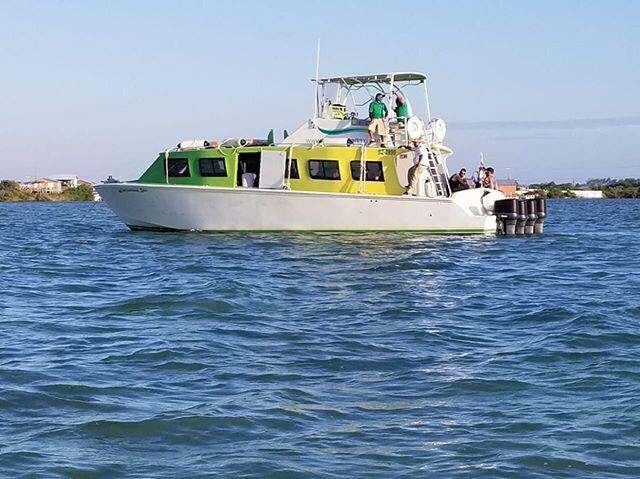 The water taxi company stated that prior to this incident, they have been bringing in foreign passengers, and officials from the Ministry of Health would usually check them before disembarking on San Pedro. Prior to departing to San Pedro from Chetumal, San Pedro Belize Express, the crew nor the border officials at Chetumal were informed that 16 of the passengers were the same individuals that were previously denied access to Belize at the Northern border. When they were checked by the Chetumal health officials, neither passenger showed any signs or symptoms of the virus and was given the all-clear to depart from Chetumal and into Belizean waters.

At 3:30PM local time, the company received a call from personnel at the Ministry of Health, informing them that the vessel will be unable to dock in San Pedro. The boat’s captain was contacted and ordered to anchor at sea until more details of the situation could be brought to light. When a representative of San Pedro Belize Express visited the International Boat Terminal requesting more information, he was informed that the 16 individuals in question were indeed persons of concern, due to their nationality.

At this point, the vessel was floating at sea, with news that it had to return to Chetumal; however, the port in Chetumal was already closed and would not be available to receive the passengers. Being that it is an international run, there are procedures that need to be followed before entering. Chetumal needs to have available their own personnel in the respective departments of the port, health, customs, and immigration available on site to receive any international run, or it would be considered an illegal entry. San Pedro Belize Express said that at no point did they refuse to turn back with the passengers; they simply needed to ensure that the proper procedures were in place prior to departing into foreign waters and encountering even more issues. The water taxi representatives in Chetumal were contacted immediately, and arrangements were made with the Mexican authorities for the return of the vessel. A Belize Coast Guard boat escorted the water taxi out of Belizean waters.

Everyone was tested for the deadly disease by medical personnel in Chetumal, and everyone tested negative. The passengers were not allowed to enter Belize, but the boat crew was able to return on Sunday, March 15th. Upon their return, they were immediately ordered to go into self-quarantine for 14 days.

San Pedro Belize Express has since suspended its Chetumal runs for the following two weeks. The company said that they acted on approval from Belizean border officials in the continuance of their said international route. “We have been taking all the necessary precautions, and we have been working closely with the Health Department. Our biggest concern now is for our three crew members and their safety, as well as the safety of Belize,” the release ended.