Home » Community and Society » Mainland residents previously screened and on standby leave Ambergris Caye; others still waiting to get off the island


People who have been stranded on the island following the COVID-19 (Coronavirus) pandemic, which has paralyzed the economy on Ambergris Caye, have been trying to get back to their mainland homes since March 23rd when public transportation was suspended. Days later, an evacuation scheduled for Saturday, April 4th was suddenly postponed. However, on that same day, a different group of about 60 persons was able to leave the island via five separate boats, and an additional nine on Sunday, April 5th. According to a source with the Ministry of Health (MOH) on Ambergris Caye, the groups that managed to leave were not part of the scheduled run that was postponed. Those allowed to leave had previously been identified, screened, and their departure cleared by MOH. 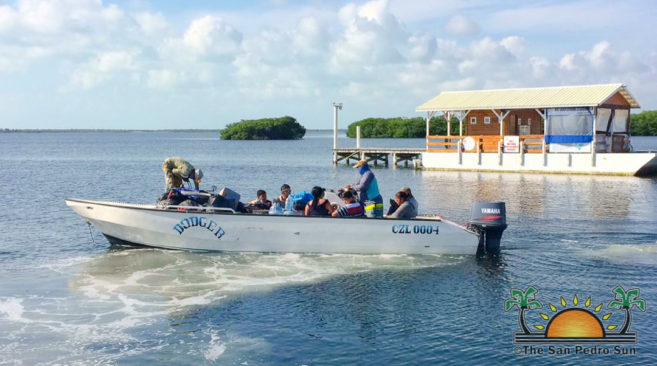 According to information provided to The San Pedro Sun, one boat left for Corozal Town, another with people to Orange Walk District, while the other three vessels headed to Belize City. This group of persons were allegedly assisted by the island’s police formation, who worked along with the local Health Department and were screened and cleared for departure by MOH. The other set of people who left on Sunday were also part of this initial group, which according to Dr. Javier Canul at the Dr. Otto Rodriguez San Pedro Polyclinic II, had been screened and cleared to leave the island by island health authorities.
One of the persons on the boat said that island authorities should help the other persons who are trying to get off Ambergris Caye, so the resources can better be used for the islanders that live permanently on the island.

The boat left shortly after 3PM en route to Corozal Town, among the passengers were medical staff. A list of their names has been sent to the police in their respective areas of origin to make sure they quarantine themselves for 14 days.

Meanwhile, the people that were to leave on Saturday, April 4th, and signed up at the San Pedro Town Council (SPTC) from Wednesday, April 1st to Friday, April 3rd, are part of a different group that is to leave the island at a later date. The unexpected cancellation was announced by the Emergency Operation Center on the island early on Saturday, stating that proper procedures must be finalized and put in place to ensure the safety of all. A new evacuation date will be announced as soon as all plans have been confirmed.

A large number of people from the mainland are still waiting to get back to their communities of origin. Some were stranded on the island after COVID-19 cases were confirmed, and others wanted to leave because they had lost their jobs after their employers laid them off. Many of these people worked in restaurants, hotels, and tour companies, which have all shut down because there is no tourism to fuel their operations. 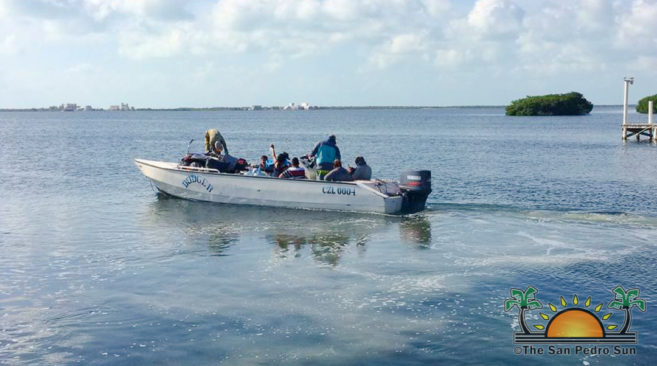 The SPTC, along with representatives of the Ministry of Health on the island and the police have been working on special arrangements to get people off the island. People are screened to ensure that the individual is in good health and does not present any suspected symptoms.

In the meantime, the Belize Government re-emphasizes that Belizeans remain calm; fear is the most dangerous contagion. The most effective action each Belizean can take to secure the safety of themselves, their families, and the country is to follow the hygiene rules. Washing hands with soap and water, using a sanitizer if necessary, covering a cough or sneeze, trying not to touch the eyes, nose or mouth, and immediately dispose of tissues if used to cover a cough or sneeze.Remember to stay updated on official information concerning COVID-19. Visit the Government of Belize Press Office website at www.pressoffice.bz; or the Facebook pages for the Ministry of Health, the Director of Health Services, and the Government of Belize Press Office; or call the Ministry of Health’s hotline at 0-800-MOH-CARE.