Belize officially signed the Revised Georgetown Agreement on June 9, 2020 in Brussels, Belgium. The signing was done at the headquarters of the Organisation of the African, Caribbean and Pacific States (OACPS). 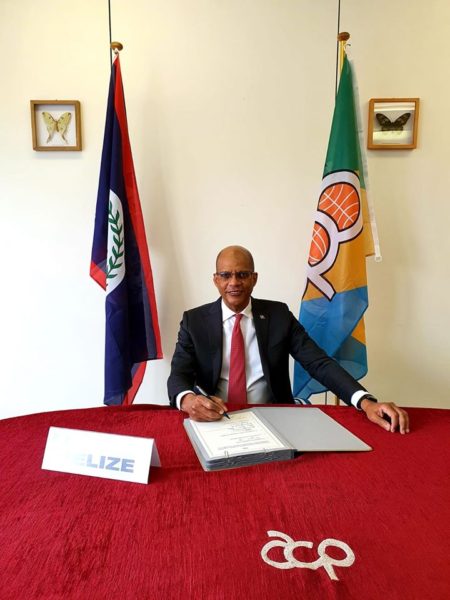 Signing on behalf of the Government of Belize was H.E. Dylan Vernon, Ambassador of Belize to the Kingdom of Belgium and the European Union and Belize’s Representative to the OACPS. The requisite number of signatures by Member States for the Agreement to enter into force was achieved in April 2020. Belize is now the 38th of the 79 Member States of the OACPS to have signed the Revised Georgetown Agreement.

The Revised Georgetown Agreement, which serves as the Constitutive Act of the newly titled OACPS, was approved during the 110th Session of the ACP Council of Ministers and subsequently endorsed by the 9th Summit of ACP Heads of State and Government in Nairobi, Kenya. The new Agreement launches the OACPS (formally named the ACP) as a full-fledged and revitalized international organization and features revisions that make the OACPS fit-for-purpose in the new global context for 2020 and beyond. 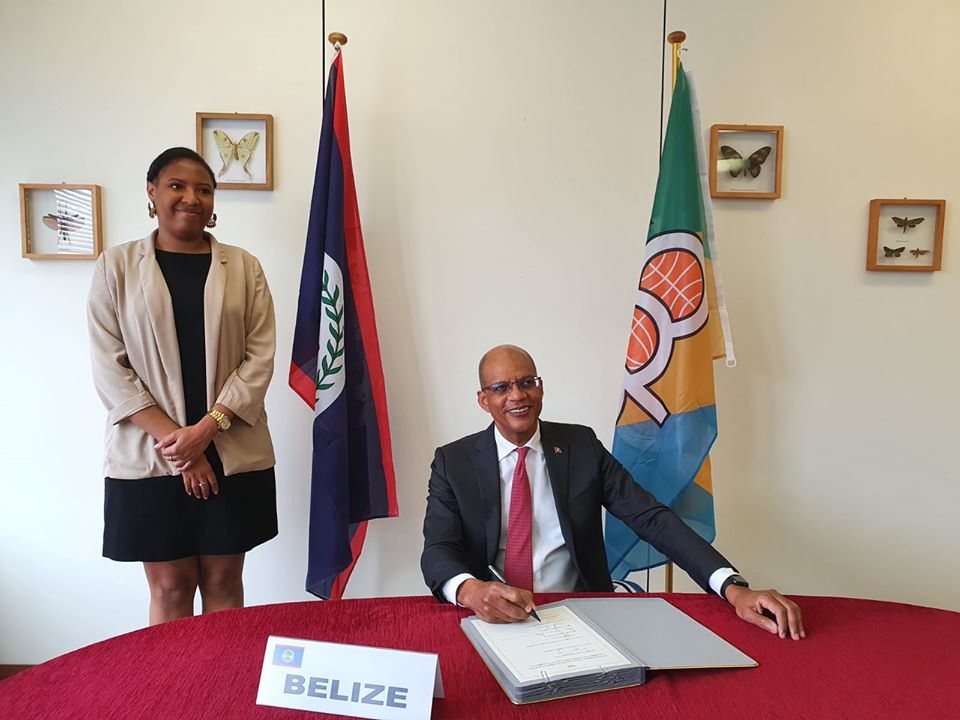 The signing comes in the week following the celebration of the 45th anniversary of the founding of the OACPS in Georgetown, Guyana in 1975. Apart from being an important source of political solidarity, Belize has also benefited from the development cooperation and trade arrangements negotiated by the OACPS over the past 45 years.