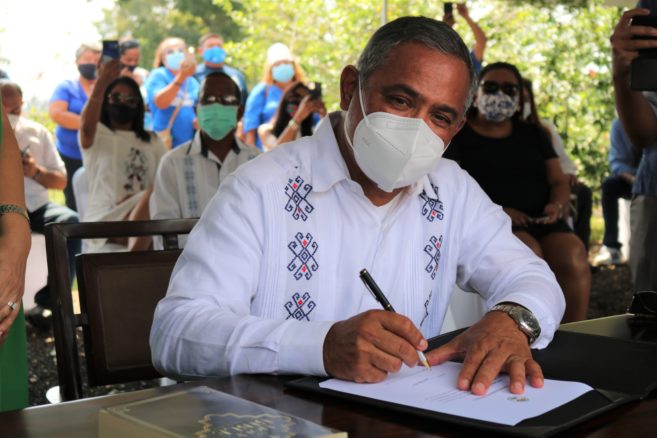 He is a man from humble roots who started as a farmer, morphed into a businessman, and then sought a political career that has rewarded him with the opportunity to lead the nation of Belize.

Briceño was born on July 17, 1960, in Orange Walk Town, aka ‘Suga City.’ He worked with his father, Elijio Briceño, in the family-owned cane fields and tended to cattle. Johnny later acquired the properties from his father and, up to this day, continues growing cane and running the ranch. He did not limit himself to only agriculture and cattle. Along with his brother, they invested in a cable and internet company, the northern town’s leading service provider.

In 1993, Briceño’s journey to the leadership of the country began. That year he was elected to the National Assembly as the representative for the Orange Walk Central constituency with the People’s United Party (PUP). A year later, he ran in the municipal elections in Orange Walk Town, and following a victory, he served for two consecutive terms from 1994 to 2001.

During these years, Briceño was elected Co-Chairman of the PUP in 1994, and two years later, the party’s Deputy Party Leader. He served in this capacity until 2008, when he resigned and sought to become the PUP’s Leader. His party had been successful in the General Elections held in 1998 and 2003. His leadership in northern Belize had given the PUP more than 50% of their seats in national and local (municipal) elections. During this period, he served as Deputy Prime Minister and Minister of Natural Resources and the Environment. 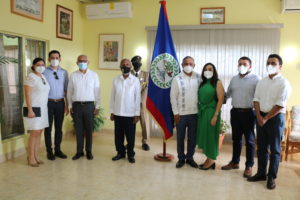 Leader of the PUP and resignation

When the PUP lost the 2008 General Elections, and the United Democratic Party (UDP) made the new government, Briceño ascended to the party’s leadership, becoming the Leader of the Opposition. However, three years and seven months later, he resigned as party leader, citing health issues. PUP’s Freetown Representative Francis Fonseca took the party’s leadership until November 2015, when the party lost once again to the UDP. Fonseca stepped down as party leader, stating at the time that he would retire from politics immediately after his term as Area Representative ended in 2020. However, he did not retire, as he makes up part of the 2020-2025 administration.

Briceño back as Leader of the PUP

In January 2016, Johnny Briceño was once again elected as the party leader for the PUP. This happened during the party’s National Convention held in the Capital City of Belmopan, where he overcame candidates Cordel Hyde (current Deputy Prime Minister) and Francis Fonseca, who decided to run for the post shortly after relinquishing it. The decision was made by 2,758 party members who exercised their democratic right to select the PUP Executive Body. 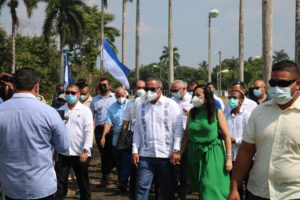 During the 2020 General Elections on November 11th, Briceño and his team conducted an aggressive campaign, garnering thousands of Belizeans’ trust. His party’s victory that made him Belize’s fifth Prime Minister was historic, winning 26 of the 31 constituencies nationwide. A day after he was sworn in as Prime Minister and by Monday, November 16th, his newly installed Cabinet members were also sworn in by Governor General H.E. Sir Colville Young. Briceño and his government now have the task to move the country forward amid a world health crisis caused by the deadly Coronavirus, which has devastated the country’s economy. Belizeans are hopeful that Briceño’s team will keep the ship afloat as his humble origins are believed to make him an empathetic leader. In many Belizeans’ eyes, he is a leader who will listen to the people, set achievable goals, and, more importantly, bring the country together.

Photos:Second Art Exhibition to help Women in need a Success