During the course of December 9th, information was received from our international counterparts of three (3) suspect tracts coming out of South America. This prompted elements of the Belize Police Department, Belize Defense Force and Belize Coast Guard to deploy at various possible landing spots across the country. 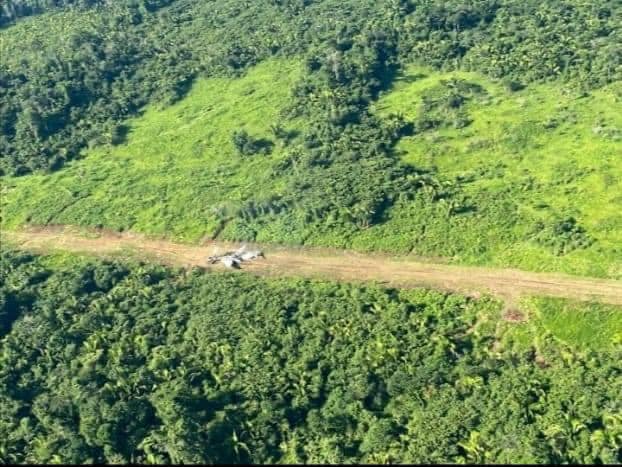 About 4:41am we were alerted via the air asset of our counterparts that one of the planes crash landed in the southern part of the country near our border with Guatemala. This is an extremely remote area, with thick and high vegetation and is not an area previously known for these activities.
Our teams were immediately deployed to the reported landing site; however, due to the rugged terrain it took them hours to reach the location. About 6:30am our counterparts via their air asset again informed us of yet another landing in the same general area as the previous one, only this time it is on the Guatemalan side of the border.
About a few hours ago our teams arrived at the area and confirmed the presence of two burnt planes on the ground, one on the Belizean side and the other on the Guatemalan side of the border.
The Belize Police Department takes this opportunity to inform the public that we are going to continue working with the Belize Defense Force, the Belize Coast Guard and our international partners in the fight against these international drug traffickers, to prevent them from using our country as their transshipment point.