The lagoon at Boca del Rio was relieved for a second time from rubbish after a clean-up rally on Saturday, February 6th. The volunteer activity led by island resident Abner Bacab saw a group of islanders giving up their Saturday to clean the waterway, where they bagged over 1,000 pounds of garbage from the bottom of the lagoon. 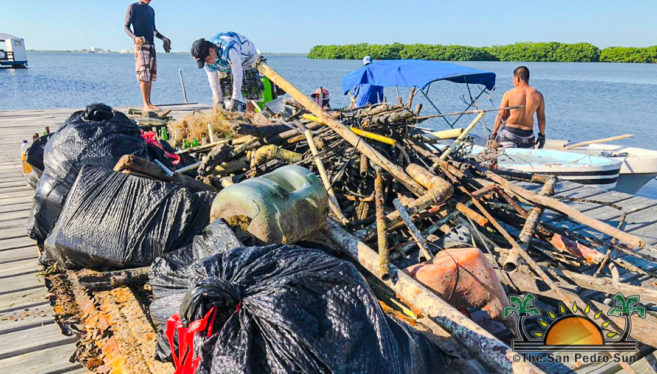 The cleaning started at 9AM from the Sir Barry Bowen Bridge in Boca del Rio. For hours, the group of volunteers, comprising of tour guides, fishermen, conservationists, marine biologists, students, dive instructors, real estate agents, and island residents, raked the lagoon’s bottom. When they arrived at the Caribeña Gas Station, their boats were full of all sorts of discarded items. The bulk of the trash consisted of glass bottles (broken ones as well), plastic items, old cell phones, steel, fishing nets, and even electrical appliances, to name a few. 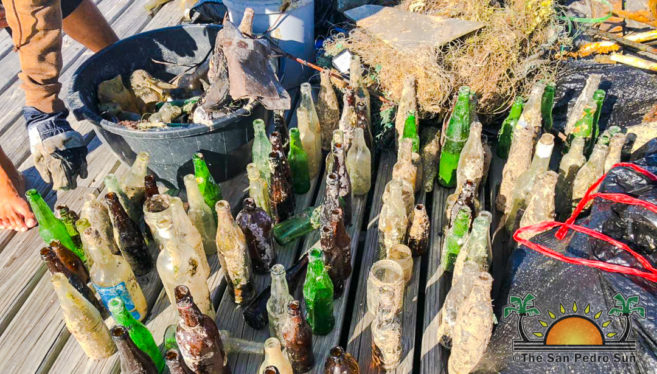 Bacab and his group are satisfied to rid the lagoon of so much garbage, which poses a threat to the sensitive natural marine environment. They hope to raise awareness to keep the marine environment around the island clean and healthy. Many of the items like fishing lines/nets can be dangerous for marine life, such as manatees. Also, the different things dumped in the lagoon, such as metals, can release hazardous substances in to the water. In turn, many residents in Boca del Rio and the nearby San Mateo Area fish at the lagoon. 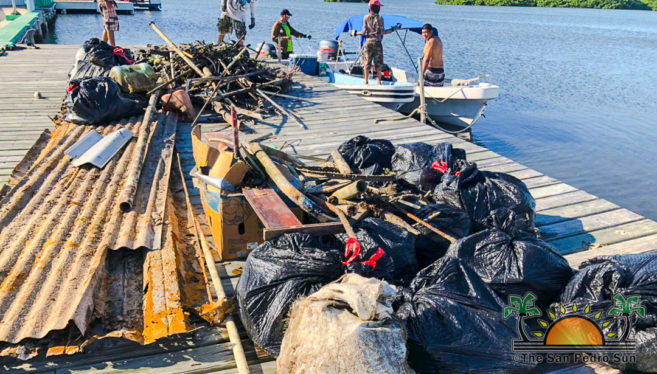 An unhealthy lagoon due to illegal garbage dumping can contribute to contaminated fish in the local population. The strong message sent by the volunteers behind the clean-up campaign is to put garbage in its right place and keep the island and its waterways healthy and rubbish free.

Islanders run for a worthy cause