« Older: Reef Week San Pedro kicks off with a swim to the reef challenge
Newer: » Minister Chebat hands over medical equipment to San Pedro’s Polyclinic; Hospital in the pipeline


Mayor-elect Gualberto ‘Wally’ Nuñez and his six councillors were sworn in on Monday, March 8th, during a short ceremony at the Ambergris Stadium. 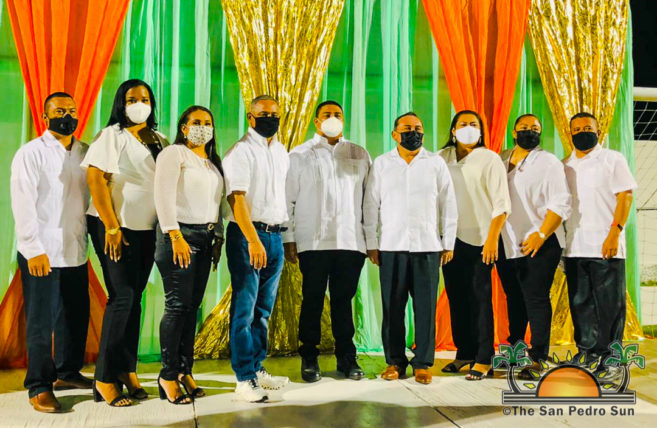 The swearing-in was carried out by Legal Counsel Eduardo Aguilar and Senior Justice of the Peace Evelia Paz. The occasion was also attended by the Prime Minister of Belize, the Honourable John Briceño, Area Representative and Minister of the Blue Economy and Civil Aviation, the Honourable Andre Perez, Minister of Health and Wellness (MOHW), the Honourable Michel Chebat, and a host of friends and family members. 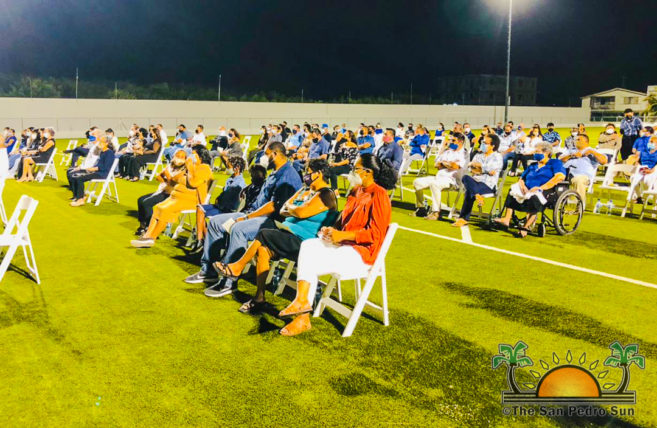 Following a beautiful recital of the Belize National Anthem by Natalie Arceo and an invocation by Father Scott Giuliani, Area Representative Perez shared some welcoming remarks. 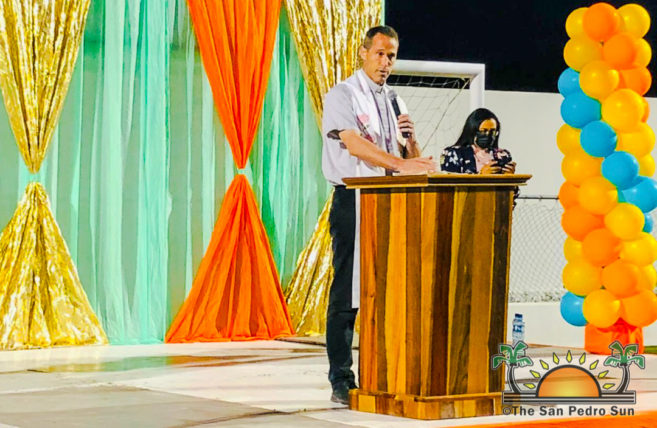 The new town council team under the People’s United Party (PUP) was promised full support from the central government under the same party. “Be assured that I will be your biggest advocate in Belmopan, ensuring that what is due to our beautiful town is granted to us in a fair and abundant manner,” said Perez. He said he was encouraged by the presence of Prime Minister Briceño and his colleague Minister Chebat. “This is a signal that Belmopan is with San Pedro,” said Perez. 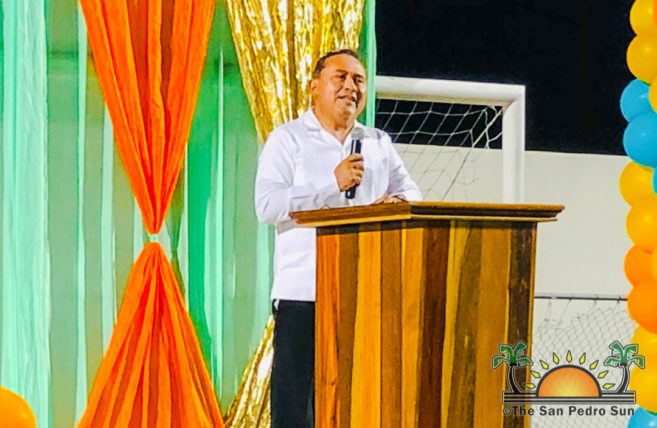 The official swearing-in of the newly elected candidates followed with each one swearing on the Holy Bible to exercise his/her power and perform the duties given to him/her in the best interest of San Pedro Town residents. One by one, they repeated the oath and signed the pledge, and shared some remarks with the audience in attendance and those watching via social media. 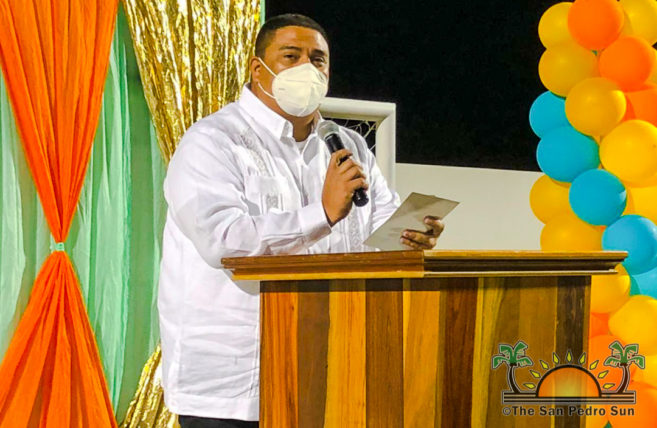 After the signing, Mayor Nuñez addressed the audience. He indicated that the current situation is unspeakably awful on the island. “But one might fail to realize that San Pedro and its people have fought many battles in the past. Our people fight from the heart, but no fight has proven to be as disastrous to the very fabric of our society as the COVID-19 pandemic,” Nuñez said. “Along with my team, we will join forces with the private sector, governmental and non-governmental agencies to introduce plans and ideas in order to boost hope and improve the economic situation of our people.” Nuñez pledged to work tirelessly for islanders, and his administration will be transparent, pro-people, prudent, fair, responsible,
and hard working. 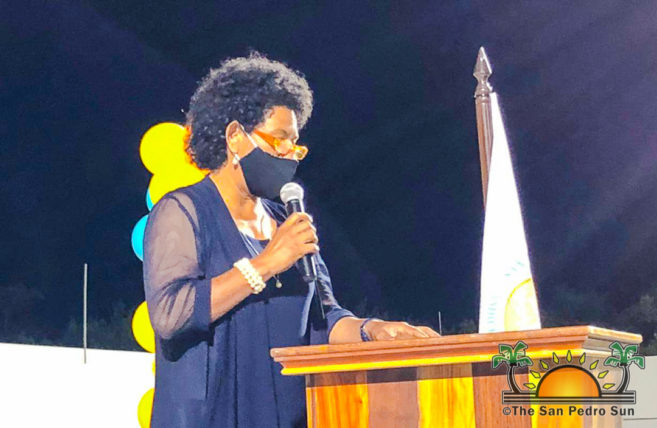 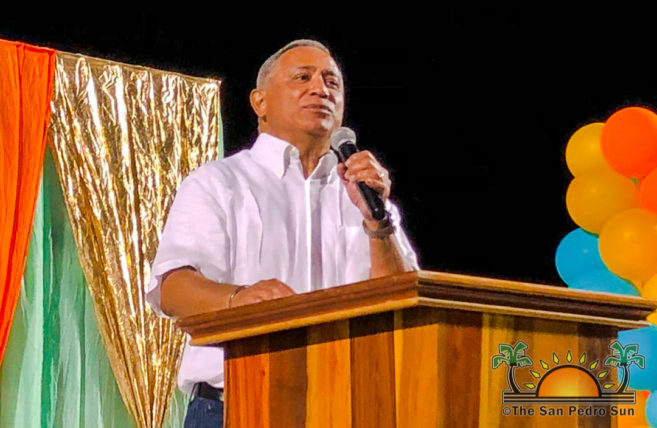 “We are going to get the job done, and we are going to make San Pedro again the number one spot in the country,” said Briceño. He told San Pedranos that his government would not let San Pedro down. 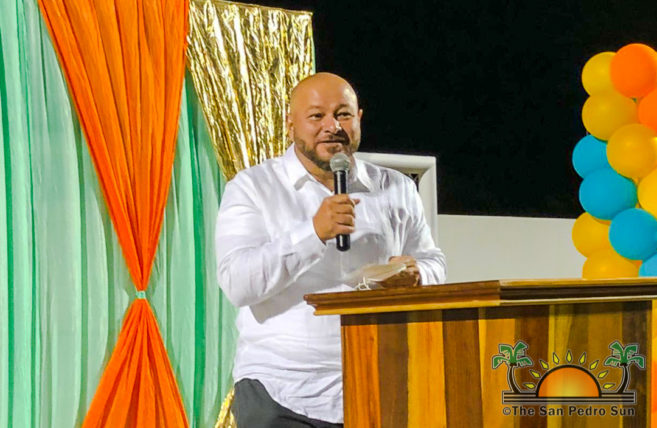 MOHW Minister Chebat also took to the podium and briefly shared some words. He committed to supporting the development of San Pedro, in particular its health sector. According to him, efforts will be made along with the prime minister to deliver a hospital to the island.