The San Pedro Lions Club is eight times stronger as of Sunday, April 25th, following an induction ceremony welcoming new members. Eight new Lions were sworn in at the Lions Den on Barrier Reef Drive in a short ceremony attended by island lions and special guests. 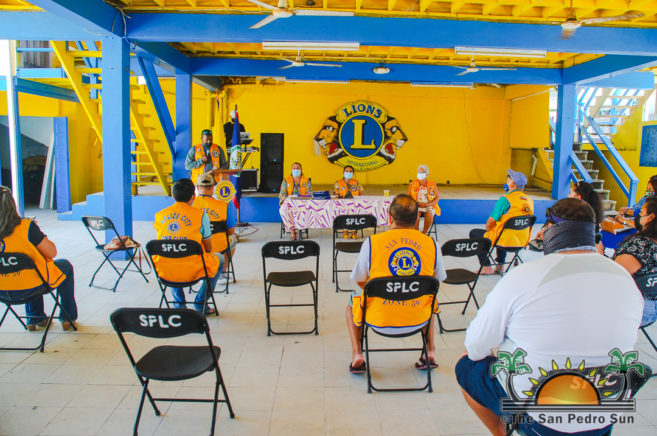 Master of ceremonies Lion Enes Anderson called the gathering to order shortly after 9:30AM. Lion Nesher Acosta opened the event with a prayer, and Lion Everette Anderson gave the welcome address. He encouraged the new members to be proud of the opportunity to join one of the most prestigious clubs in the world. Anderson told them that with their knowledge and willingness to serve the community through the club, its navigation through the next year would be a smoother journey.

Club President Marina Kay delivered a few remarks saying that every journey begins with a single step. She briefly explained how the Lions Club started to expand in the 1970s in Chicago, Illinois, USA, and rapidly became a worldwide organization. Kay emphasized that an association becomes stronger with new members and ideas. She congratulated the new Lions and encouraged them in their new path of community service. 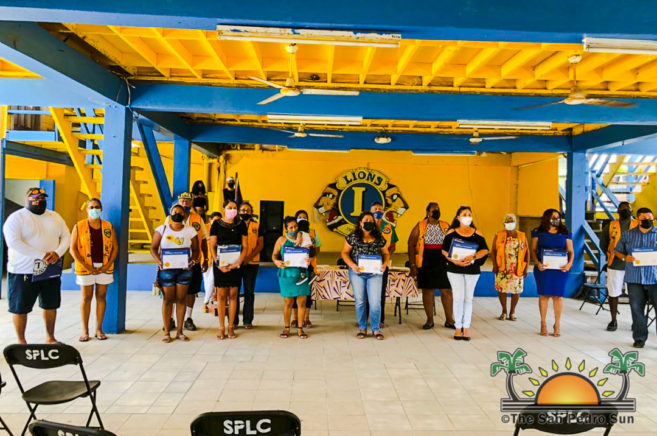 Incoming Zone Chair Lion Dr. Sol Yam addressed the crowd as well. She said that it is vital to increase Lion membership and participation. “I can guarantee you that you are joining the best club in the entire world. This is one of the best decisions in your life,” she said.

Lion Yam led the installation of the new members, and each one was called upon to pledge their commitment to the club. The different sponsors behind the new Lions pinned the new Lions; they received a package and a membership certificate. The new members included: Gabriel ‘Gaby’ Nuñez Sr., Sandra Johnson, Gelie Nuñez, Rosalyn Tzib, Miriam Fabro, Janine Lopez, Carlo Rivero, and Elisa Chan.

Following the installation, Lion Fatima Graniel gave the vote of thanks. The Lions then celebrated the occasion with refreshments and lunch.

New Board of Trustees appointed for Hol Chan Marine Reserve