BWSL property on Ambergris Caye reportedly sold without their knowledge


The Belize Water Services Limited’s (BWSL) branch in San Pedro Town, Ambergris Caye, is currently in the middle of a land dispute with an international business company called Crocodile Lagoon Estate Company. The property in question is where BWSL has its water treatment plant and is installing more reverse osmosis equipment to supply the growing municipality. The issue is a piece of land located south of downtown San Pedro that was apparently sold to a foreign company without their knowledge. Crocodile Lagoon Estate Company has since hired a top law firm in Belize claiming damages amounting to millions of dollars. 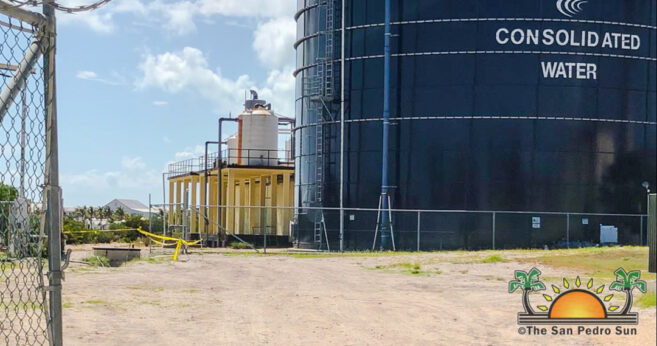 The dispute could affect the future water supply to La Isla Bonita. BWSL is boosting its operations by digging two major saltwater wells to install a desalination plant and reverse osmosis water treatment facility. The main hurdle now is that the property leased to the water company was reportedly sold in 2011 to Crocodile Lagoon Estate Company based in Anguilla. BWSL is said to have a 30-year lease that started in 2002, and they were unaware of the property sale. It is believed that duplicate leases were created, and perhaps a title was then granted to Crocodile Lagoon Estate, a mistake that can happen at the Department of Lands. The local water company reportedly did not learn about this until 2018, after investing thousands of dollars in infrastructure on the said property.

In June of this year, the Courtenay Coye LLP law firm notified BWSL of irreparable damages made to the property, with the entirety appraised at over US$1.8 million. The piece of land was reportedly purchased for less than BZ$6,000. The letter from the law firm states that Crocodile Lagoon Estate wishes BWS to continue providing services to the residents of San Pedro and is seeking an amicable resolution. They are prepared to transfer the land to BWSL and/or the Government of Belize for its current market value. The law firm added this would cure the unlawful nature of the activities currently carried out by BWSL and compensate their client for the substantial financial burdens it has borne because of these works.

The San Pedro Sun reached out to BWSL and was informed that management was discussing the matter. There were no comments, but the company will soon issue a statement.

The matter has reached Cabinet, and on Wednesday, August 11th, Area Representative for Belize Rural South (Ambergris Caye, Caye Caulker), the Honourable Andre Perez, weighed in. He is shocked and expressed his concerns that a pittance was reportedly paid for the land, and now they are asking for millions of dollars in compensation. He considers this fiasco a land grab that took place during the previous administration. “That piece of land is critical, and part of an important service BWSL provides to Ambergris Caye, and it threatens to hold us at ransom with a water shortage,” said Perez. He could tell what the Department of Lands under the Ministry of Natural Resources will be dealing with this, as it is a legal matter between BWSL and Crocodile Lagoon Estate Company. “At this point, there is not much the government can do but wait for what happens at the court,” said Perez. He said that if BWSL loses the legal battle for some reason, the government will have to go back to the drawing board and find other properties where the expansion of the water plant can take place as it is an essential component of the island community. Perez is optimistic that government will be able to assist in solving the problem. 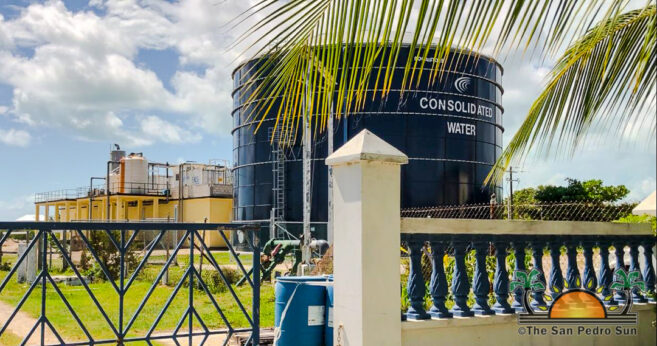 In addition to the reverse osmosis infrastructure for the island, the company has also expanded its storage capacity. To store more water, BWSL started construction in 2018 of an additional one-million-gallon ferroconcrete storage tank.