Activities marking the beginning of the 16 days of Activism Against Gender-Based Violence started last Thursday. They continued over the weekend with training for men and women on the same topic. Other scheduled events leading to December 10th include a ‘Women in Business competition,’ a mass, police meet and greet, and an Information Day is offering free legal advice, among other services. 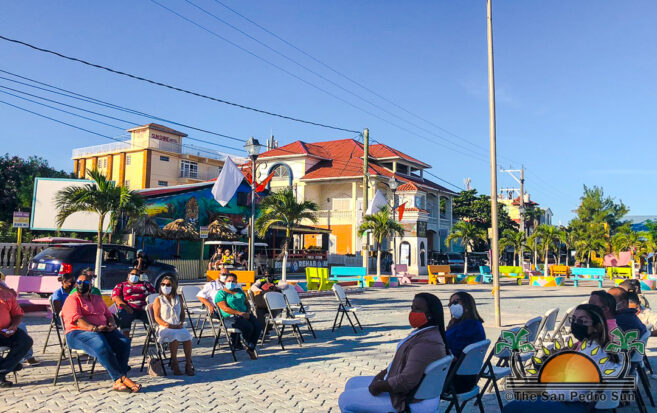 On Thursday, November 25th, the launch of the campaign was held at the central park under the theme ‘Me and You from 16 to 365 days: End Violence Against Women NOW.’ Attending the event was Mayor Gualberto ‘Wally’ Nuñez along with his deputy Ernesto Bardalez, and Councilors Dianeli Aranda, Johnnia Duarte and Adaly Ayuso. The event also included the presence of the National Women Commission, the police department, and the newly formed Gender-Based Violence (GBV) Committee. 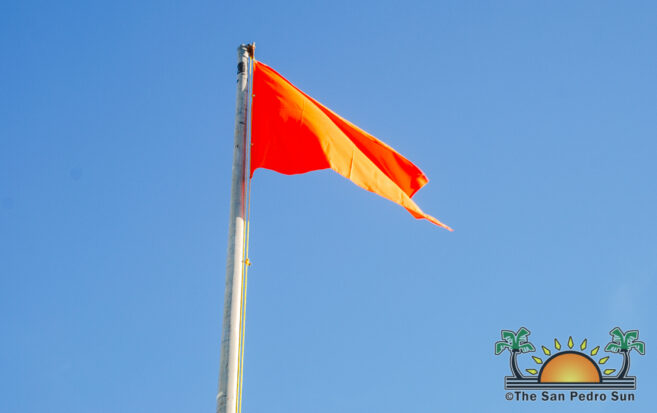 Master of Ceremonies Natalie Arceo welcomed the attendees. Father Eduardo Montemayor led with the invocation, and moments after, for the first time in San Pedro Town, the orange flag symbolizing GBV was hoisted by Mayor Nuñez. 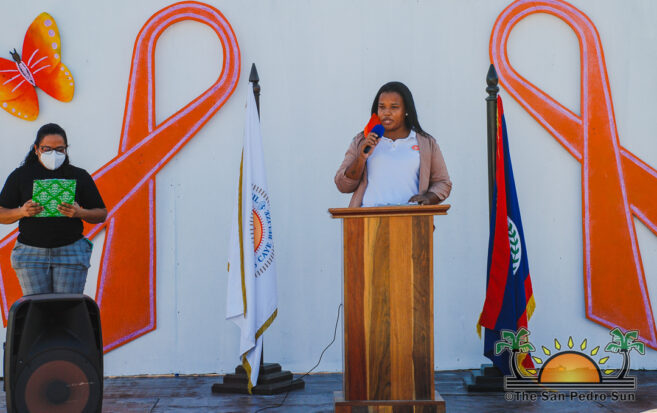 NWC’s officer Kristina Romero delivered remarks encouraging islanders and Belizeans across the country to join forces to end gender-based violence. Recent statistics have recorded an increase in the abuse and murder of women by their partners. It is a problem that, as a country, needs to be immediately addressed. 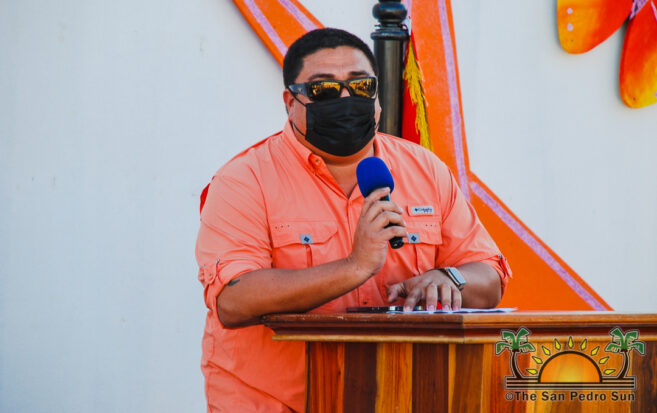 The president of the GBV Committee, Ana Najarro, said that forming this group was very important for her and the community she represents. “I think that if every day, we take at least two minutes and pay attention to what’s happening, we can make a change,” said Najarro.

Mayor Nuñez called on a cease to violence against women. “Not only during these 16 days, but all year-round,” he said. The Mayor highlighted that GBV is alive in San Pedro and encouraged those suffering in silence to come out and seek help. The police are the first line of response, and the island’s department now counts with a section dealing with domestic violence cases. Abuse victims are reminded that they are not alone and do not have to live with this type of violence affecting their daily lives.

On the 26th and 27th of November, Hope Haven Belize, and the Spouses of CARICOM Leaders Action Network hosted training at Hol Chan’s conference room to raise further awareness. Although it said for men and boys, the training included women as well. The two-day event hosted participants ages 15-30 and above and included activities highlighting the qualities and characteristics of both males and females. The training promoted gender equality and the changing of stereotyping. The sessions also touched on masculinity, managing anger, and emotions.

The activities continue this Friday, December 3rd, with the Women in Business competition, followed by mass and a police meet and greet on Saturday.