In a rare occurrence, the Belizean Parliament joined forces on Friday, February 4th, during the Sitting of the House of Representatives, and agreed on new legislation against gender-based domestic violence. The Bill sets out specific measures the government will take against this issue. The motion responded to the increasing reports of domestic abuse, including the recent allegation of abuse made against former UDP Leader of the Opposition Patrick Faber. 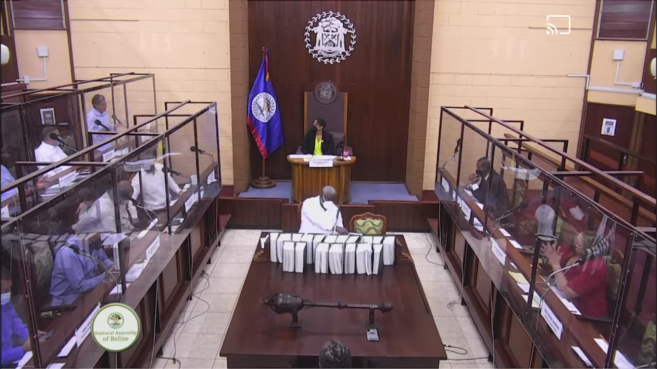 The Minister of Human Development, Honourable Dolores Balderamos-Garcia, led the motion stating details of this proposed legislation. She called for additional resources to strengthen the interventions, safeguards, and public awareness required to effectively address domestic violence in Belize. “This move will undertake a legislative review that fill gaps and put in the necessary reforms for the response to domestic violence,” she said. “As national leaders, take a zero-tolerance position concerning domestic violence and prioritize it as a national issue of significance and pledge to take individual and collective actions to end this plague in all constituencies.” According to her, the motion has the recommendation of the Cabinet and will reportedly be discussed in the Senate.

The newly installed Leader of the Opposition, Shyne Barrow, fully supported this new Bill on domestic violence. Even though Barrow was accused of abusing his partner in the past, he recommended that the new upcoming regulation deal with the issue and the abusers.

The 27 members from both sides (government and opposition) unanimously supported the Domestic Violence Motion at Friday’s House. Four members were not present to vote on the motion, including the embattled former Leader of the Opposition Faber.

Domestic violence is a concern in communities across the country. In San Pedro Town, Ambergris Caye, a shelter to assist domestic violence victims, was opened in December 2021. Women and men are reminded that they do not need to suffer in silence on the island. They can head over to the Hope Haven Domestic Outreach Center in San Mateo to get help. Just a couple feet from the Holy Cross Anglican Primary School in San Mateo, the center provides police assistance, legal aid, emergency placements, Women’s Department assistance, and accessibility to mental health services.

The center opens from 9AM to 4PM Monday to Friday. For any emergencies after hours or weekends, please get in touch with the police. For more information or to contact them directly, visit their Facebook page https://www.facebook.com/HopeHavenBZ.

Letter to the Editor: Out-districters