On Tuesday, February 15th, a State Memorial celebrating the life of the late former Prime Minister Right Honourable Dr. Sir Manuel Esquivel KCMG, PC, was held in Belize City. This included transporting his ashes to the Government House from his residence and a visit of government officials and other dignitaries to pay their respects. 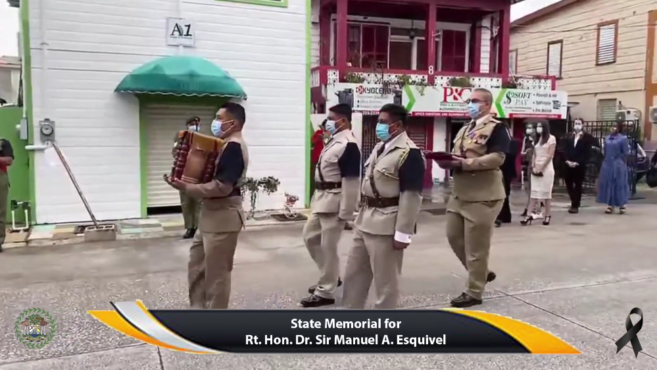 At 1PM, members of the Belize Defence Force (BDF) arrived at Esquivel’s residence to deliver a Belizean flag to the family. Afterward, the BDF officers transported the urn carrying Esquivel’s ashes to the former State Dining Room at Government House. At this location, Sir Esquivel’s remains will lie in State for viewing until Wednesday, February 16th, when a formal procession and memorial service will take place. 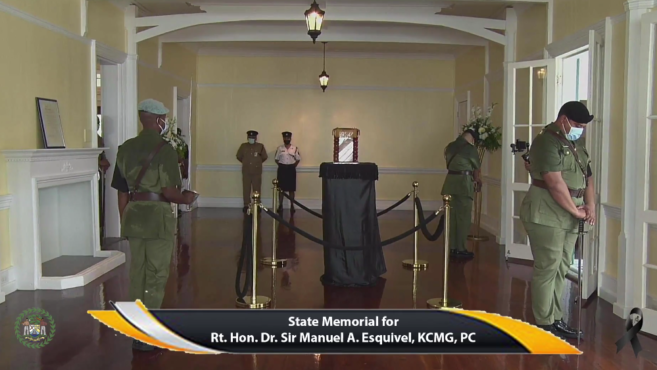 From 2PM to 4PM, and due to COVID-19 restrictions, only invited guests and family members were allowed to visit and pay their respects. Prime Minister Honourable John Briceño was the first among other officials to pay his respects to the late former leader of the country. Briceño expressed his condolences to the Esquivel family. He described the former leader as kind, with dignity, and loved his country. 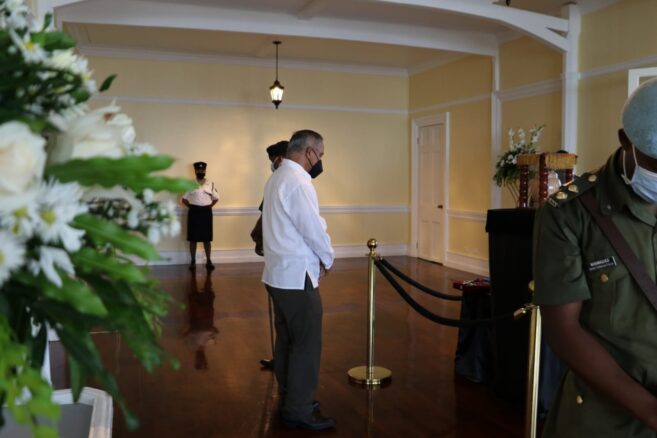 Other officials paying their respects included the Mayor of Belize City, His Lordship Bernard Wagner, Acting Chief Justice Michelle Arana, Leader of the Opposition Honourable Shyne Barrow, several members of Cabinet and House of Representatives along with members from the Senate. There was also the presence of some members from the Diplomatic and Consular Corps accredited to Belize.

In 1986, Esquivel was conferred the ‘Right Honourable’ title after being appointed to the Privy Council (PC) of the United Kingdom by Queen Elizabeth II. In 2010, Esquivel was knighted among others by Her Majesty. The appointment ‘Knight Commander of the Order of St. Michael and St. George (KCMG) was given to Esquivel in recognition for his services to politics and good governance. 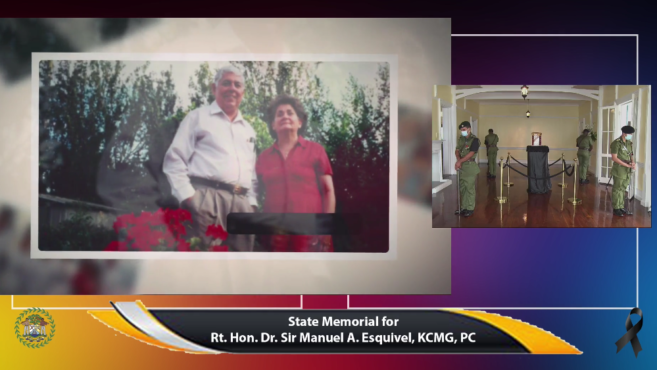 The 81-year-old politician under the United Democratic Party led the country in two opportunities, 1984-1989 and 1993-1998. After being ill for some time, he died at a local health care centre in Belize City around 4:30PM on Thursday, February 10th. He is survived by his wife, Kathleen Esquivel, children-David, Laura and Ruth, grandchildren, and other relatives.