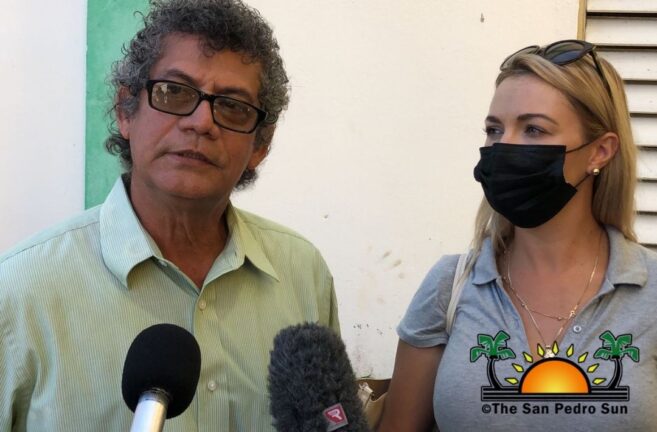 The former partner of Lord Michael Ashcroft‘s son Andrew, Jasmine Hartin, was at the San Pedro Magistrate Court on Thursday, March 31st, for a preliminary inquiry (PI) of the Manslaughter by Negligence charge against her for the shooting death of police superintendent Henry Jemmott. The PI session inside the courtroom included an overview of the evidence tying Hartin to the incident. A trial will now take place, and Hartin was ordered to present herself at the opening of the next session of the Supreme Court in Belize City on June 13, 2022.

Hartin was accompanied by her attorney Richard ‘Dickie’ Bradley, who explained that Hartin would remain in a queue after she attends the Supreme Court session in June. A presiding judge will set a date for case management at some stage. “This will determine if all witnesses will need to parade into the court,” said Bradley. He said that his defense would be prepared for the trial and focus on what is important, not to waste the court’s time. 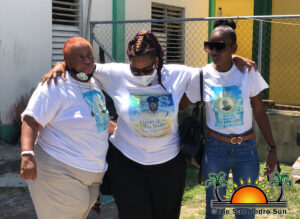 Inside Magistrate Christina Perera’s court, the prosecution presented 26 different statements and 25 exhibits. According to Bradley, this information now forms the evidence that can be used in the trial. “It will be up to the Director of Public Prosecutions and a prosecutor crown counsel to determine if they will use all those statements and exhibits,” said Bradley. Hartin will not return to the San Pedro MagistrateCourt for the Manslaughter by Negligence charge but will be back on the island in June for the other charges she faces; Possession of a Controlled Drug and Common Assault.

Members of Jemmott’s family attended the PI hearing as well. Before leaving the court, Jemmott’s sister Marie Tzul briefly shared that her brother and family deserve justice. “It has been a very emotional day for us. The whole planning to come here has been emotional,” she said. As they left, Hartin remained in the Magistrate Court for several hours as her attorney, and she worked on the issue of her current bail and other papers related to the case. 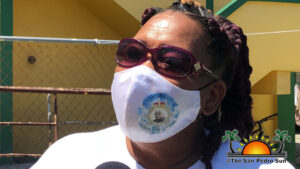 Bradley cleared the doubts that Hartin had to stay in the court following the hearing to secure a new bail. He said Hartin continues under the same $30,000 bail that keeps her out of prison. The court in San Pedro was only liaising with their counterparts in Belize City to verify the surety and the land documents provided would guarantee the bail. After the paperwork was reviewed, Hartin reportedly left the court after 4PM.

Hartin, who is accused of causing the death of Jemmott on May 28, 2021, when they were socializing on a pier late at night, argues that she did not plan on killing the senior cop. She claims that Jemmott showed her how to load and unload his Glock pistol service gun. Afterward, the senior police officer asked her to hand over the weapon. Hartin claims it was when she did so that it suddenly went off, shooting Jemmott behind his right ear. The incident is said to have been a terrible accident.