A pair of roommates, Abdel Hamid Coleman, and Rafael Noble, renting the upper flat of a wooden two-story house in the Escalante Area of San Pedro Town, lost everything in a fire on Holy Thursday, April 14th. The blaze was contained, but every item on the second floor was destroyed. With the help of their landlord, the fire victims are coping with their loss and welcome assistance or donations. Anyone able to help can call the cell number 605-7434.

The second-floor fire reportedly started sometime around 4PM, when Coleman and Noble were not home. Although that portion of the house was severely damaged, other tenants managed to get most of their belongings out and have since relocated. Coleman shared that he was at work when notified of the fire. He, Noble, and his landlord Manuel Heredia III arrived at the scene but could not do much to save anything inside their home.

The second floor could not be saved, and from the first minutes when the blaze was consuming the structure, the San Pedro Fire Department and volunteers tackled the flames. Staff from Victoria House brought a water pump and used water from a nearby swimming pool to fight the fire. There were other houses nearby, and with the blowing wind, the race to control the flames was challenging. However, the combined efforts were fruitful, and the fire was contained to the second floor. The staircase leading to the upper floor was almost intact when firefighters and volunteers put the inferno out. 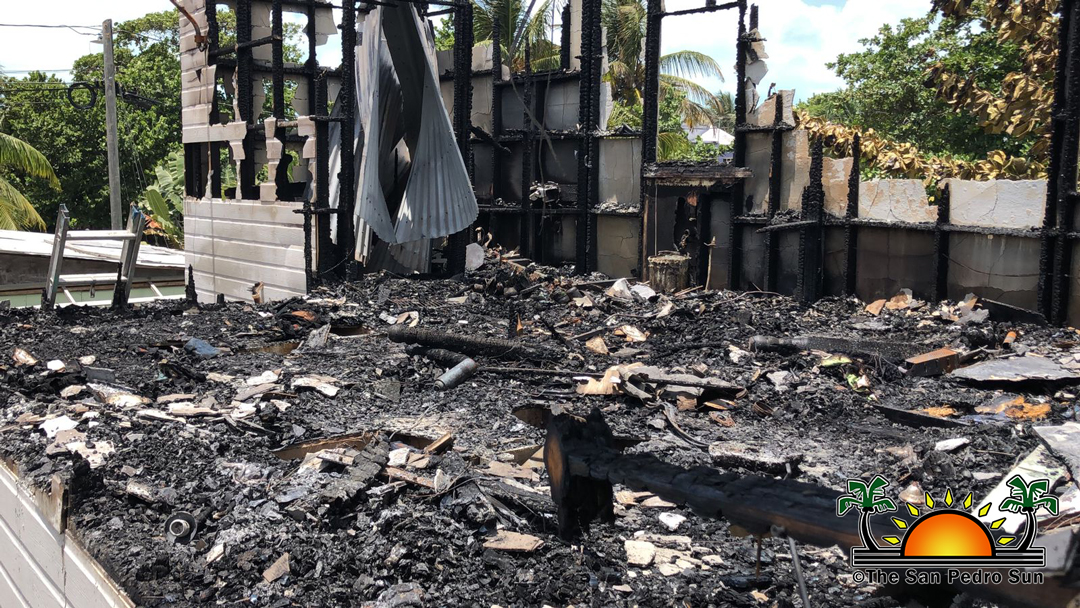 According to Heredia, the structure was not insured. They had been trying to insure it, but it became difficult because it is a wooden house, and the process took longer than expected to get the paperwork done. Heredia is now welcoming any assistance to rebuild the house and help his tenants who lost everything.

The island fire department is investigating the fire. Although there is no official word on what triggered the unfortunate incident, an electrical fault, such as a short circuit, is believed to be one of the leading causes.