The San Pedro Lions Club installed a New Board of Directors on Saturday, August 27th, at a Corona del Mar Hotel ceremony. The installation of the board also saw the welcoming of nine new members to the club. In this new term, the club looks forward to increasing its membership and working on new projects to benefit the island community. 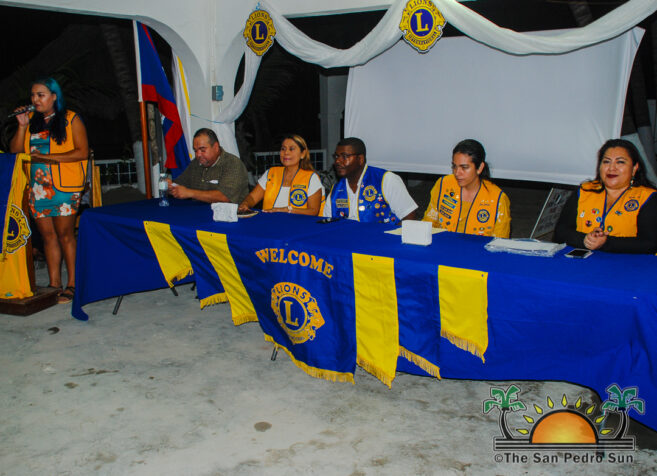 The events leading to the installation evening started a day earlier with an orientation session at the San Pedro Lions Den. Lion Zoey Roberson-Zetina made a presentation about the Lions Club and its duties as a member. She addressed the incoming members and walked them through what it means to be a Lion and the benefits of being part of the global organization.

The following day, just after 7PM the installation ceremony occurred at Corona del Mar. Mistress of Ceremonies Solani Graniel opened the program by welcoming those in attendance. Following the national anthem, Lion Abel Guerrero Sr. continued the program with the invocation.

Afterward, Dr. Sol Yam, Chair for Zone 59, to which the San Pedro Lions Club belongs, took to the podium to deliver the welcome address. She expressed her satisfaction with the club’s performance on the island and asked them to continue working for their community. “A very optimistic future lies ahead of us,” she stressed.

Eiden Salazar Jr., the guest speaker of the evening, was one of the new members joining the club once again. Salazar gave an overview of the beginnings of Lions dating back to 1917 in Chicago, Illinois, in the United States. He mentioned the vision of its founder Melvin Jones to become an organization full of dedicated members ready to serve. Salazar spoke of the need for Lion members on the island to be closer to island residents. “I’ll always said it takes a Lion to know a Lion. You know when someone has the desire and passion to serve,” said Salazar. “Give someone a purpose, give someone the gift of sharing, give someone an opportunity to contribute. I think you’d be amazed at the results.” Salazar had taken a break from the club, but now he is back to contribute to the club’s mission to continue serving the community.
Following Salazar’s remarks, the different Lion members sponsoring the new individuals pinned them and presented them with their membership certificates. The new members include: Eiden Salazar Jr., Ricardo Ayuso, Tephany Thompson, Elsie Wity, Shaniel Soriano, Adolfo Cruz Salguero, Stephanie Urbina, Pedro and Pablo Garcia. 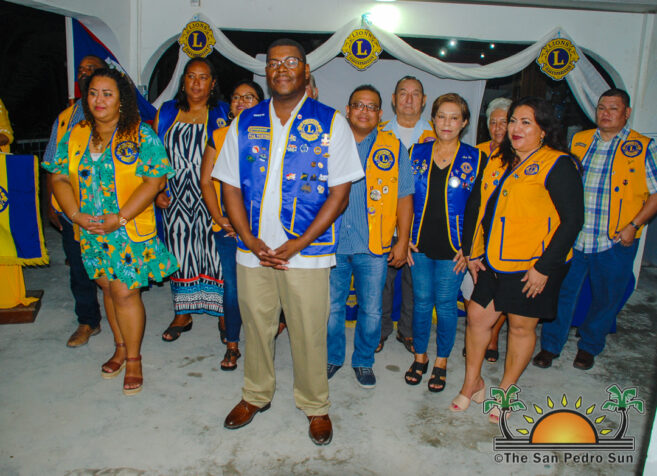 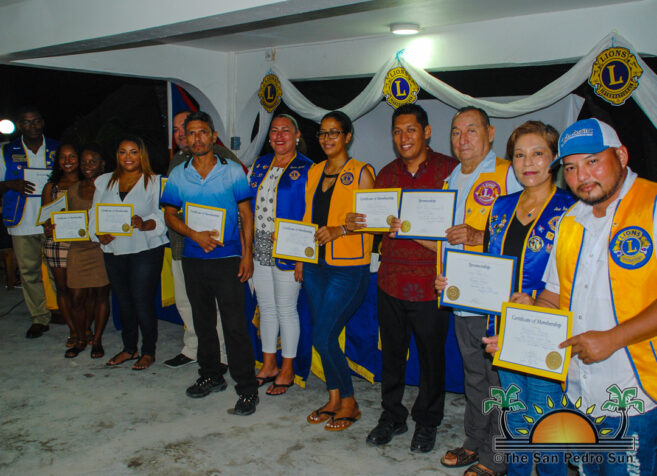 President Anderson congratulated the new board and new Lion members. “We have new Lions that have decided to continue their mission to serve our community,” Anderson said. Afterward, he assisted in the distribution of certificates of appreciation to several businesses that have supported the Lions Club in their community projects.
Lion Marina Kay closed the event by thanking everyone for their continued commitment to the club and the San Pedro community. She then invited everyone to sing the Lions song. The session ended, and food and refreshments were served.