On Thursday, September 1st, 16 individuals confirmed by police to be Cuban nationals ended up on Ambergris Caye after their boat experienced problems at sea. After making a distress call, the group was assisted and then placed in the custody of the San Pedro Police Formation and Immigration department. Initially, they were to be charged for illegal entry, but by Friday afternoon, no charges had been laid on the group. After 3PM, they were escorted out of the San Pedro Police Station and transported to Belize City.

The group of travelers, 14 males, and two females, were reportedly traveling to Honduras when they met inclement weather at sea. The boat started to have trouble, and they drifted into Belizean waters. The Belize Coast Guard assisted the travelers and was given medical aid by the Rickilee Response and Rescue Team (RRR).

According to a report, the police, coast guard, and RRR conducted a boat patrol after the distress call. Around 11:25PM, information was received that a boat was seen docking at Coco Beach Resort three miles north of San Pedro Town. When the authorities arrived, they found a white boat with a blue line marked Fishn “N” Wishn. Aboard the boat were 16 persons claiming they were Cuban Nationals. 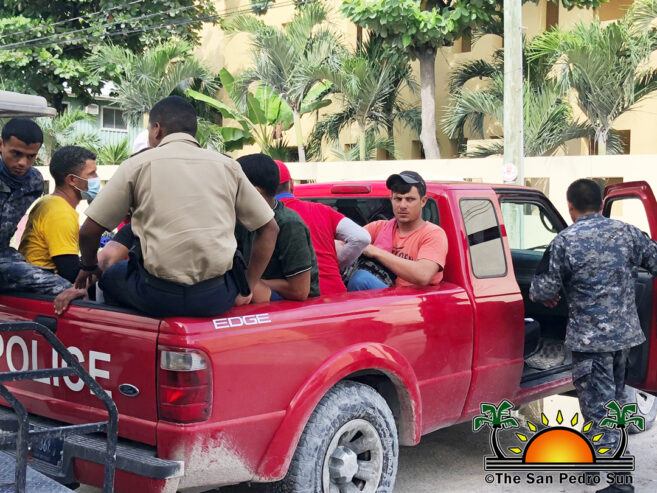 Additional information reveals that the group left the Cayman Islands on August 26th, heading to Honduras. The report says that after a day of traveling, the boat experienced problems at sea, and they started drifting away from their course to Honduras. After seven days at sea, they ended up in Belizean waters and managed to dock in northern Ambergris Caye. Police indicated that the group aims to reach the United States of America.

It is uncertain if they will be charged or cleared by immigration.