Guatemalan incursion on the Belize side of the Sarstoon River 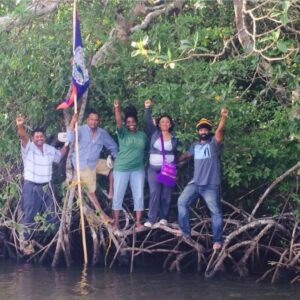 The Ministry of National Defence and Border Security wishes to inform the public that the joint deployment continues to conduct regular patrols from Barranco Village to the Sarstoon Island, and remains vigilant to ensure the territorial integrity and national sovereignty of Belize.