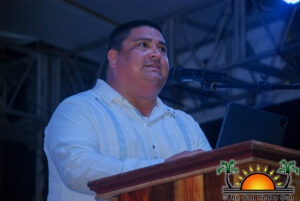 The need for better street infrastructure has been an everlasting issue experienced by San Pedro Town residents. Although the San Pedro Town Council (SPTC) administration has embarked on different rehabilitation projects, islanders continue to call for more improvements, such as upgrading the drainage system in areas prone to flooding. The SPTC is committed to addressing the situation, and one of their upcoming projects is to put in place longer-lasting paved and concrete climate resilient infrastructure. 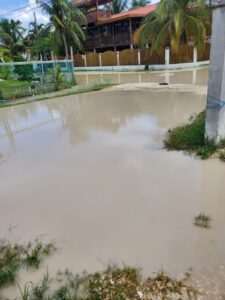 During the pre-independence ceremonies, Mayor Gualberto ‘Wally’ Nuñez spoke about the work ahead for the streets in San Pedro on Tuesday, September 20th. Nuñez said his administration has been aware from day one that there is a great need for street maintenance, repair, and expansion, particularly in subdivisions like San Mateo, San Pedrito, DFC, and Escalante. “We have already spent a good deal of resources on street repairs and will continue to do so until we have this situation in a manageable condition,” Nuñez said. 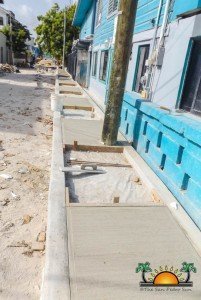 The mayor stated that they are in the early phases of coordinating a municipal bond to undertake major work on the island. He explained that such a project would see street paving and cementing as planned before they came into office. According to reports, the paving of streets will start with a pilot project to test the type of materials involved. If the project results are positive, the paving and cementing of streets will commence across San Pedro. “This is not an easy undertaking, but you have trusted in us to do the job, and we plan to get it done,” Nuñez noted.
Residents of subdivisions such as San Mateo, DFC, and Escalante have voiced their frustrations with the street conditions. The main complaint is the lack of proper drainage. After a rainfall, streets remain flooded for days, sometimes forcing residents to walk through stagnant puddles of water. Following this outcry, on September 19th, heavy machinery from the SPTC was observed working on some streets in the DFC and San Mateo area. The SPTC stated that they had acquired a new grader, and the street rehabilitation works will continue around San Pedro.
San Pedranos believe a good and dependable road network is critical for San Pedro. According to them, paving or cementing the streets could solve the problem and save the town council resources for other community projects.