The carnival road march in San Pedro Town for Independence Day saw hundreds of people lining the streets to celebrate September 21st after a two-year hiatus due to the COVID-19 pandemic. The colourful, fun and anticipated festivities included a carnival march with dancers in outstanding outfits dancing to the beat of Soca music. The parade not only included Belizean dancers but a group of fun and vibrant young ladies from the United States who decided to celebrate the country’s special day Belizean style by joining the parade. With the help of the Mother Nature Creation Carnival band members, they found costumes and blended in the parade, dancing and singing through the streets of San Pedro, celebrating Belize’s birthday. 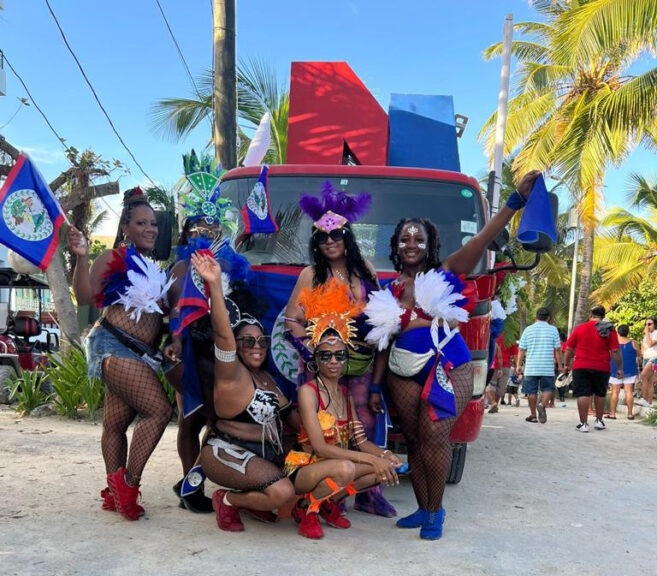 The visitors stayed at the Sunbreeze Suites on the beach and named themselves ‘Bosses takeover Belize.’ According to the group leader from Houston, Texas, KeeShanda Eddings, the idea had been brewing from early this year. Eddings, like other members of the group, operate a travel agency. The other adventurers: Tiffany Bogle, Debbie Thompson, Keyanna Williams, Charryse White, Kym Lenoir, and Lorenzo Conley (who did not participate in the parade but cheered for them) hailed from places such as Georgia, Washington D.C., and Chicago, Illinois. 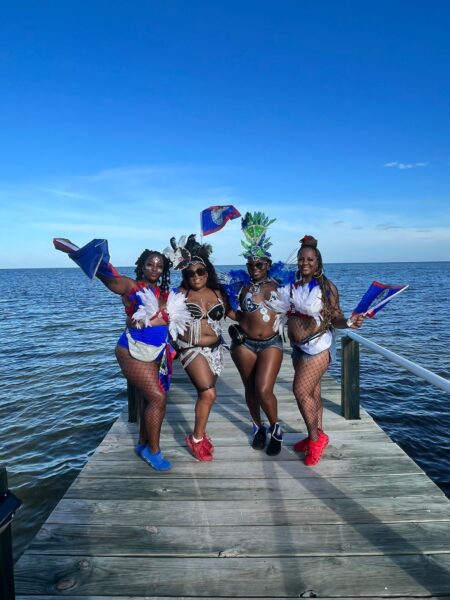 After a trip to Belize in January, Eddings explained that the idea was hatched to return in September to experience the festivities as a local and take part in the parade. “The idea was not just to show Belize, but to immerse in the culture as well,” said Eddings. The trip idea was promoted by Eddings’ travel agency Kizz My Passport Travel, and Bogle’s Memory Makers Vacations. They say there was a good response, and then information about accommodations was shared. Sunbreeze Suites in downtown San Pedro was the chosen property. 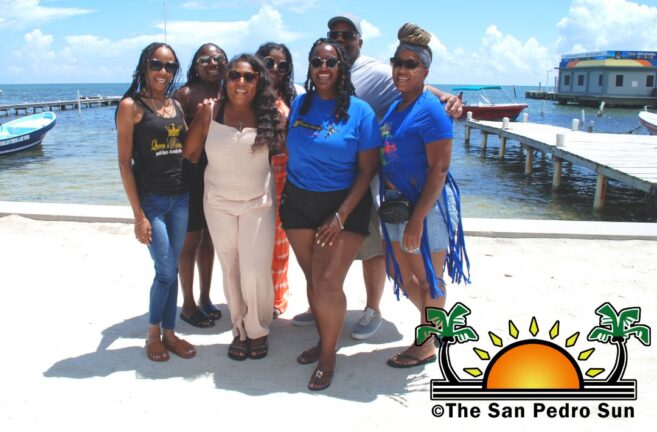 On the day of the parade, they met up with the Mother Nature Creation band members. They were welcome to join them and even got some costumes. They had the time of their lives being part of the traditional festivities and being one with Belize celebrating its 41st Independence Anniversary. The Bosses Takeover Belize had a blast in the carnival parade and cheerfully said they would do it again. 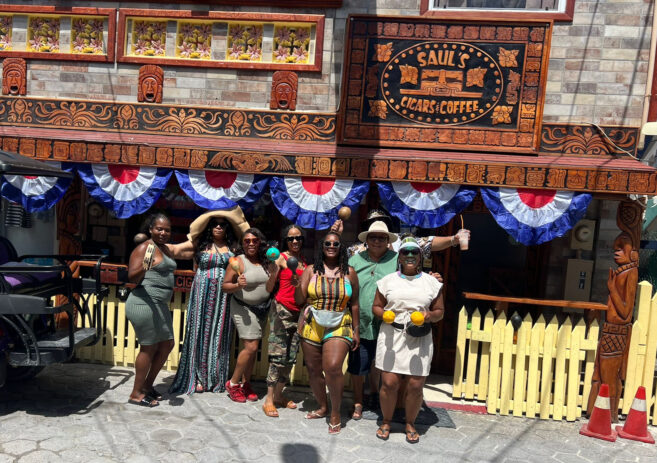 In addition to participating in this year’s Carnival parade, the group held another fun activity among themselves- a scavenger hunt. The instructions asked for participants to visit certain places in the downtown area and either purchase something, take a picture or get a signature from the specific location.
The Bosses encourage other travellers to try different itineraries, to dare to explore other cultures deeply, and to transition from being a regular tourists and indulging in local traditions for a memorable experience.

How prepared is Belize for an Epidemic Outbreak?