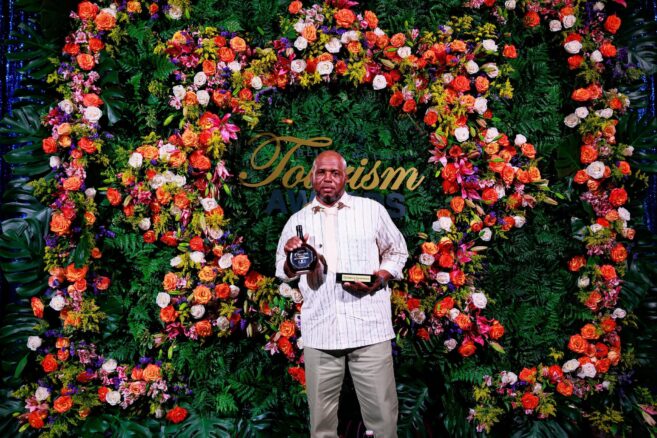 The different organizations and individuals from San Pedro Ambergris Caye winning prizes at the awards ceremony proudly represented the island at the anticipated event. The first recognition for Ambergris Caye was in the Tour Guide of the Year category, which went to Sherman Michael Cain of Blue Heavens Dives and Tours. Cain was honored for his passion and dedication to showcasing Belize’s beauty to visitors. Cain is grateful for this recognition and stated he would continue working hard and delivering excellent services to the thousands of tourists expected in the upcoming high season. 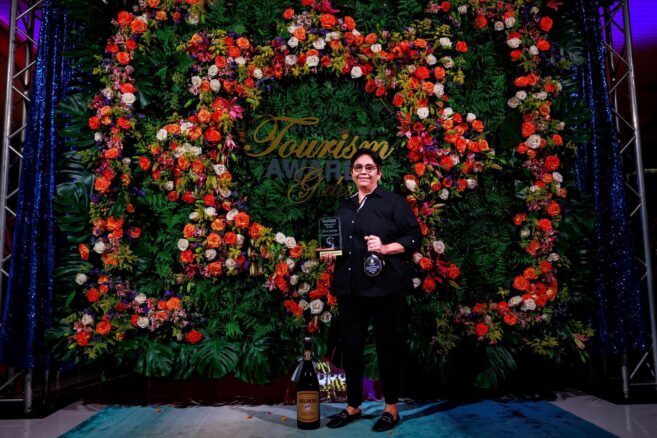 Next to be awarded was one of San Pedro’s most popular and distinguished restaurants- the iconic Elvi’s Kitchen. The renowned restaurant on Pescador Drive (middle street) received the Restaurant of the Year award for its continued excellent service and local, cultural, and international cuisine. Elvi’s Kitchen’s celebrity Chef Jennie Staines was on hand to receive such recognition. Her team lauded Stains for putting so much love and creativity into each dish prepared at Elvi’s.
Elvi’s Kitchen is the living legacy of founder Elvia Staines, which began 46 years ago as a take-out food spot. The small eatery operated underneath her house and was known as Elvi’s Burger Isle. She ran the business with her husband and three other employees. Years later, Mrs. Elvia decided to expand her business and added more items to the food menu. As time passed, the small business grew into the iconic restaurant it is today. Mrs. Elvi’s hard work and dedication were recognized in May 2009 with BTB’s Lifetime Achievement award. Elvi’s Kitchen is considered a tourism icon on Ambergris Caye, and the community and patrons are to thank for their support. 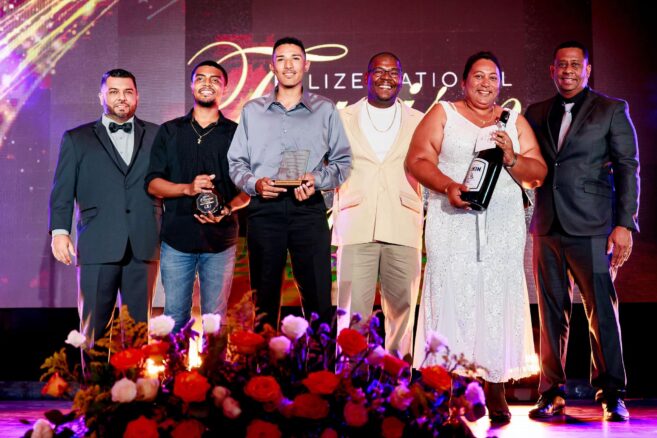 The third BTB award went to Belize Diving Adventures, named Tour Operator of the Year. Proprietors Everette and Enes Anderson, family, and team cheerfully accepted the award. The island tour operators thanked their guests, staff, friends, and family for their continued support. Everette Anderson said the journey has been challenging, but their perseverance and hard work have paid off. “Today, we made it to the top of one of many mountains,” he said. Belize Diving Adventures thanked BTB for recognizing its passion. 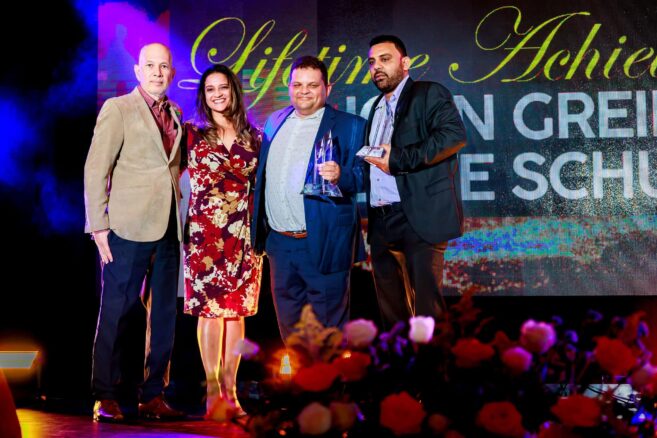 Ambergris Caye also brought home the prestigious Lifetime Achievement award. The awardees were John Greif III and Steve Schulte of Tropic Air. Greif was present at the event to receive the honor, while Schulte could not attend, and on his behalf, no stranger to the aviation industry, Anthony Hunt accepted the award. For over 40 years, Tropic Air has been contributing to the development of Belize’s tourism industry with convenient dependable air service throughout the country and other countries like Guatemala, Honduras, El Salvador, and Mexico.
The last in-person National Tourism Awards ceremony was in 2019, before the COVID-19 pandemic. The San Pedro Sun congratulates all winners and applauds the excellent work of the island’s stakeholders recognized at the event.