« Older: For the first time in the country, Dance for Kindness will be held in San Pedro, Ambergris Caye
Newer: » National MSME Roadshow ends in San Pedro with pop-up market


During their weekly meetings, on Wednesday, October 26th, the Rotary Club of Ambergris Caye hosted a special guest who is traveling on a mission from his hometown in India. Avil Srivatsa is the Managing Trustee of the Gift of Life Adventure Foundation and the Charter President of the world’s first cause-based Rotary Club of Organ Donations. Srivatsa’s mission is to speak to 100 Rotary Clubs and spread the same message he brought to Belize, ‘uniting Rotary for organ donations,’ and save lives. 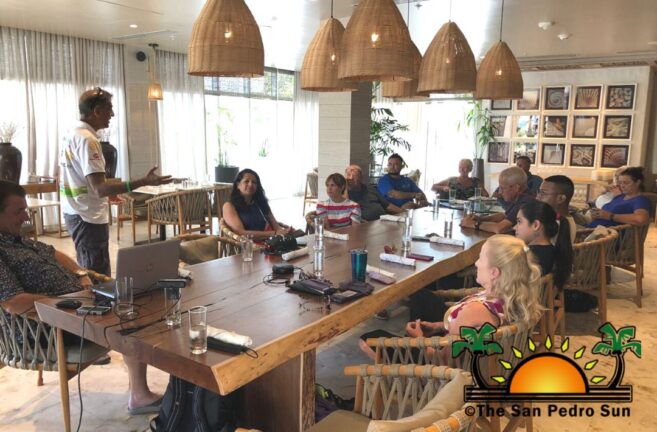 At his presentation at the Sea Salt restaurant at Alaia Hotel, Srivatsa, accompanied by his wife, shared that this mission started eight years ago when he donated one of his kidneys to his brother. Since then, his goal has been to reach a million potential donors with his story. Srivatsa encouraged the island club to start working within the community and educating the population about the importance of organ donation. “A lot of people may be afraid when the topic is brought up to them, but if they learn more about it, things can be different,” he said. “It is known that in Belize, blood donation is very common, but organ donation may be a new topic that needs to decipher and change the society in which no one would die waiting for an organ.”
According to Srivatsa, some organ transplants include lungs, heart, liver, kidney, and even the eye cornea. The most common transplants occur with kidneys since a person can ideally continue living an everyday life with just one kidney. 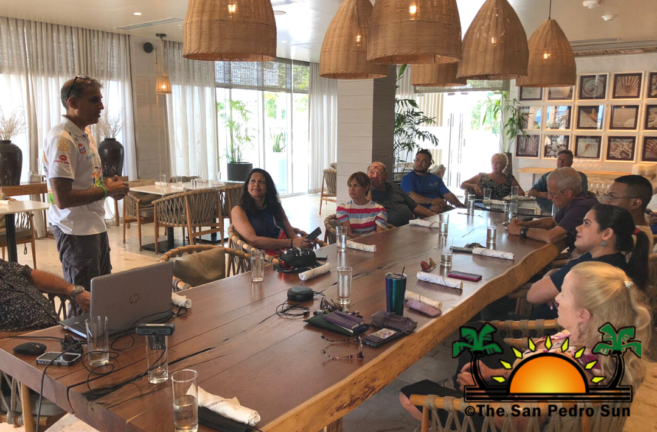 End to dialysis
Srivatsa explained that hypertension and diabetes, common diseases in Belize, are two contributors to kidney failure. Many Belizeans suffering from kidney failure must undergo a specific dialysis treatment to stay alive, which is a procedure in which waste products and excess fluid is removed from the blood when the kidneys stop working correctly. The therapy is usually done three times a week and can be expensive. Srivatsa noted that if organ donations were common in the country, there would be no need for dialysis in persons suffering from kidney failure. Once someone is willing to donate and is the perfect match, a successful transplant will eliminate the need to seek the said treatment, and the person can go back to living an everyday life.
Obstacles and solutions
One of the challenges surrounding organ donation is having access to equipped facilities and trained doctors. The surgery needed for the transplant may also be very expensive, and people of low income may see this idea as farfetched. Srivatsa said that partnerships, like the government and other entities, can make such vital services available for everyone. The mission also calls for vision to establish a Belize (Rotary) hospital providing transplant services with Belizean doctors trained in life-saving surgeries. Srivatsa understands that organ donation is difficult to understand, and most people don’t get involved. He hopes they can increase that understanding with the work of Rotary and its partnerships. “We did it for Polio. We can do it again with everyone’s help and highlight the need for more attention to organ donation to save lives locally,” said Srivatsa. 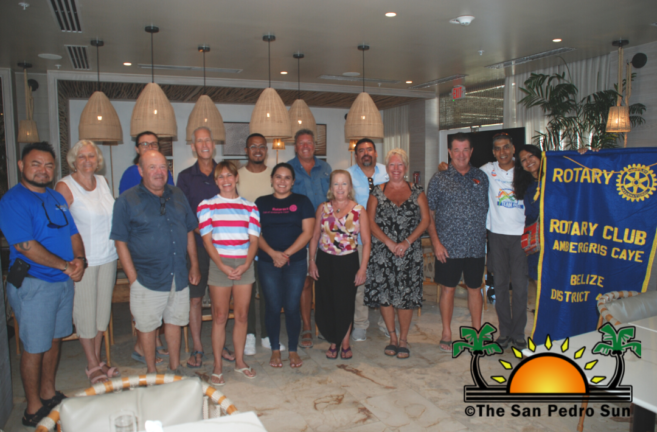 Srivatsa’s current journey
Srivatsa drive/journey started in Bangalore, India. He shipped his vehicle to the United States of America (USA) and then drove to Houston, Texas, for Rotary’s International Convention in June of last year. After this event, Srivatsa continued driving throughout the USA, all the way to Alaska, visiting parts of Canada as well. During this drive, he met with different local Rotary Clubs. Afterward, he drove south through Mexico until he arrived in Belize. As he mentioned, the goal this time is to speak to 100 clubs. Ambergris Caye’s is the 90th club Srivatsa has had the pleasure of visiting.
After Belize, his journey will continue through Central America and South America until he gets to Argentina. He plans to ship his vehicle from that country to Australia, where the next Rotary Convention will be held in May 2023. The trip to Australia will not only be for the convention but also to compete in the World Transplant Games to be held in the Australian city of Perth in April next year.
Throughout his tenure as a Rotarian, Srivatsa has reached about 200,000 people and held 750 presentations. He has been driving for over 800 days across 44 countries and has spoken to over 200 Rotary Clubs.

Editorial: The benefits of our community insurance system

The Fight against Child Labour: Highlighting Achievements and Charting the Way to Sustainable Results

“Deal with the Devil” wing eating competition at Lazy Croc’s a hot success!