On June 30th, the Saga Humane Society, a non-profit and non-governmental organization, selected a new set of board directors. This was a monumental way of finishing the month of June, after a busy month of tireless activities. In their most recent update, Saga detailed how the recent activities have uplifted the performance of the organization, which provides Ambergris Caye with medical care and shelter to its animals.
During a general meeting held in June, a new board of directors was appointed. Kevin Smith is the Chairman and COO, Charles Maher is Vice Chairman and CFO, Dr. Donald Tummons is the Director of International Veterinary of Medicine, while Kathy Marin is the Director of Animal Well Being. Gail Neal is the Treasurer and Dawn LoCascio is the Director of Governance/Secretary. Sandie Betz-Eisenberg was named the Director of Humane Education and Ari Trejo is Director of Governmental Affairs and Grant Acquisition. 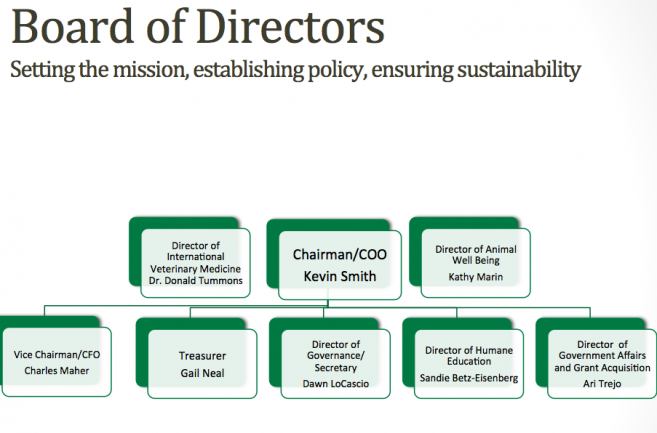 The new board presented the 2014 Annual Report, summarized accomplishments and presented the 2014 financial report as well. The new team began discussing topics like board structure, accountability, increasing volunteer teams through Executive Member Teams and financial transparency under the new leadership. Immediately afterwards, the Chairman delivered the welcome message and pledge: “As your board for the next two years, we have pledged to one another and now to you that we will give you the protocol, procedures, and governance for a sustainable future. As volunteers, directors, and donors change hands, the frame work will remain in place, and the future of Saga will be secure. We will create the torch that will pass. We will build and provide transparency and accountability. We will publish financial documents quarterly, we will involve you in decisions that shape the future since you are our supporters thus, you will be involved,” stated the pledge.
The 2015-2017 board also committed to continue supporting the current programs and has already identified several strategic goals. Some of these goals include increased visiting veterinarian teams to support the SNIP program, financial inclusion, accountability and transparency and the creation of executive member teams. There is also the commitment of the implementation of the Animal Well Being management plan, a feasibility study of a new modernized Saga Humane Society facility, increased resources for the Humane Education Program, increase the grant and private donor funding, as well as provide employment for a full time Director of Veterinary Medicine. 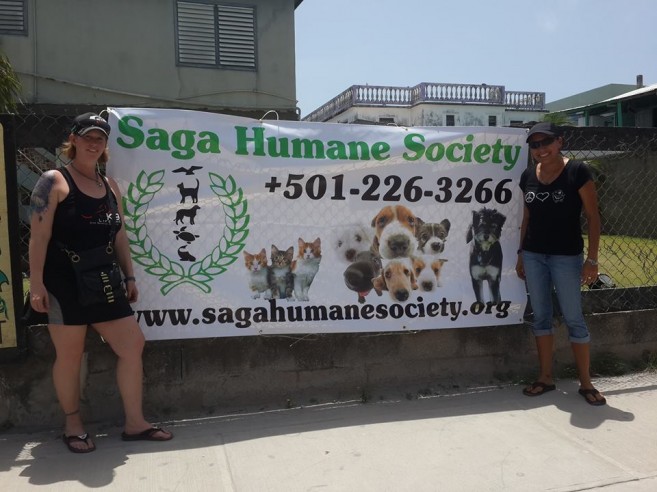 During their general meeting, long time supporter and volunteer Mary Troup, along with her daughter and sister presented a donation with a check in the amount of $3,000 to the new board of directors. “Our donation today reflects the confidence that we have in Saga’s new board of directors. They are a group dedicated to animal welfare and we are excited because their future plans for Saga will benefit the entire community of San Pedro,” said Troup.
The organization also underwent through renovations and repairs to their Fort Dog, where Saga keeps their dogs available for adoptions. Some of the main areas that were repaired were the existing fence, the kennels and the gate, while posts were added and barbed wires installed. Next, there was an upgrade on the security cameras and the lighting on the area, while new signs are on the way. 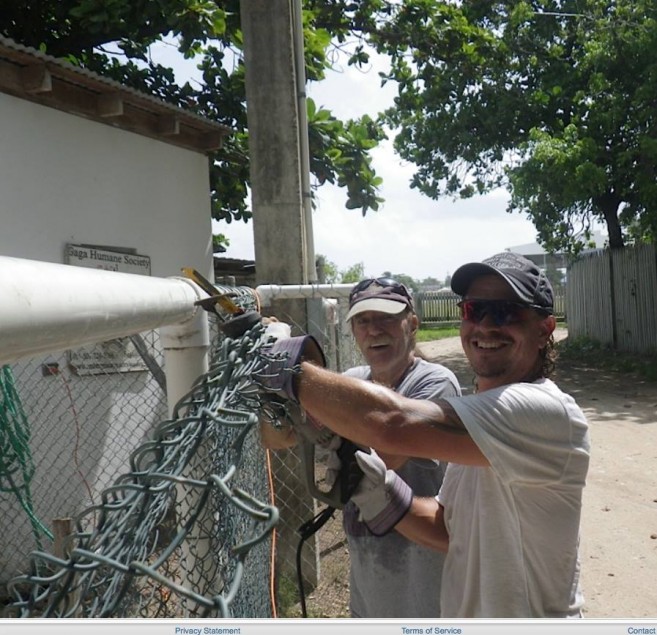 On June 6th, volunteers from the San Pedro Belize Red Cross (SPBRC), the San Pedro Food Bank, and Saga Humane Society teamed up in a food drive and spread out across the island to collect cash donations, non-perishable food items, as well as dog and cat food, in order to stock the shelves at the San Pedro Food Bank and the Saga Humane Society. The drive was a grand success and with the great work from the three organizations, Saga benefited with over 150 pounds of dog and cat food.
Saga was founded by Eileen Jamison and six other prominent members of the San Pedro community. The purpose was to forge a path to prevent cruelty and replace it with kindness. This was the start of the foundation for the care and well being of the islands animals by focusing on the problems of the overpopulation. Stray animals were given a home with the help of the Humane Education Program after they sighted a facility to house the animals and the programs they envisioned. 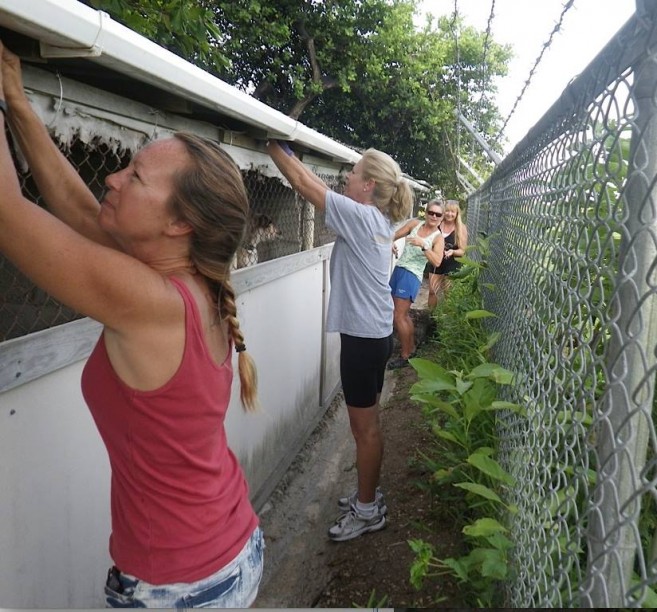 After fifteen years, the foundation has cared for over twenty-two thousand animals; over two thousand animals have been adopted to loving homes, while providing services to over eighteen thousand animals free of charge. Such immense contribution to the community cannot be forgotten, thus Saga Humane Society honored Eileen Jamison for her outstanding contribution as a Lifetime Honorary Saga Humane Society Member. Also awarded were, Animal Behavior Specialist and past director Heather Beck and Dr. Orlando Baptist. Doctor Baptist was recognized for his many years of continuous support given to the foundation staff and the animals. He has been traveling weekly from Belmopan to San Pedro for years, to tend to his clients on the island.
Saga Humane Society has the vision to build a permanent animal clinic/education centre in San Pedro, and continue working toward a long term solution to end animal abuse, neglect and overpopulation

‘Spay-ghetti No Balls Dinner’ fundraiser is Saga’s best yet