Home » Community and Society » Pets and Animals » Guest Editorial: A Love That Kills

Guest Editorial: A Love That Kills 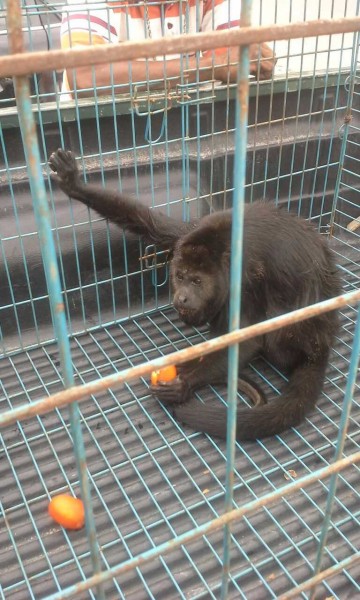 Try Google searching ‘Why do people have wildlife for pets?’…. I constantly find myself asking this question, because truthfully, I cannot understand the motive for having monkeys, snakes, birds, and other such wild animals, as pets. My second question is, usually, “don’t dogs and cats satisfy the desire to have a pet?” I have heard stories of people chopping down trees to capture parrots, or to “rescue” a quash (coatimundi) from the highway. They then would keep the animal in hopes of giving them a better home. I recall, while I was still a child, that my eldest sister had two turtles. Their names were Muschamp and Hipolito. Someone had given her Muschamp but she had “rescued” Hipolito. Both ran away (twice) and my sister was convinced that Hipolito had instigated the escape. When we moved to San Ignacio she decided to free them in a natural spring pond next to her home. The reason for freeing them? “We were getting a dog and I didn’t want the dog to eat them,” she said. While we may like the idea of being the heroic rescuers of animals, we must leave rescuing to those who know what the animal needs. The experts who study, provide medical care, or rehabilitate those animals may need our help but they do not need us to give them a home. Wild animals need to be in the wild – it is their natural home. Being in a cage, aquarium, or on a chain in a yard, is simply cruel. Wild animals need to hunt or forage for their own food. When we feed them, often the wrong food, they lose those hunting skills and also their fear of humans, which is an essential survival trait. I believe that my sister used the term “free them” because, sub-consciously, she knew that keeping the turtles in an aquarium was confining them; therefore, letting them go was indeed freeing. It is true that after a six-year artificial confinement (or as I saw it, a jail sentence) of being her pets, the animals were less constricted in the pond next door, because they had the space needed in a natural habitat. That these animals escaped from their enclosures, was a sign that the turtles were not in the appropriate environment. Keeping wildlife as a pet is a really bad idea, why? Caring for wild animals is difficult and often impossible. Appropriate care for wild animals requires considerable expertise, specialized facilities, and often lifelong dedication. Their nutritional and social needs are species specific, complex or even unknown. Parrots for instance are very sociable and require a lot of attention and are very noisy. They also require a long term commitment as they can live for up to 80 years. Baby animals grow rapidly. Cute and cuddly rapidly becomes bigger, stronger, and dangerous. A wild animal’s instincts remain and adult behavior replaces juvenile behavior frequently resulting in biting, scratching or destructive behavior. 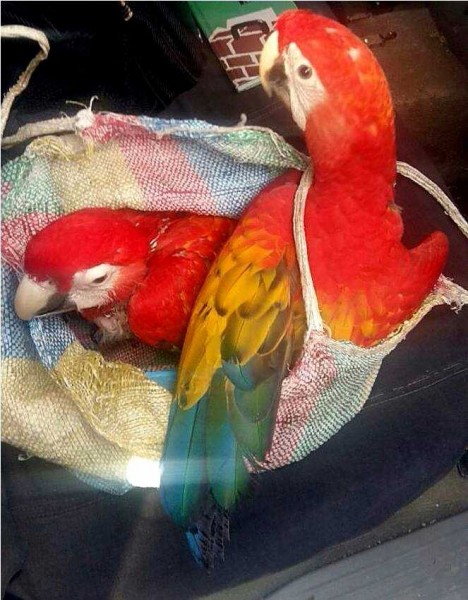 Think hard before risking your families’ health and safety. Did you know that an ocelot’s tongue is so rough that if it licks a baby’s ear, the ear will bleed? Capturing wild animals often kills them. Animals almost always suffer during capture and taming. Even when animals are captured by experts they can become extremely stressed and die. It is estimated that 60% of wild birds don’t make it through capture and transport stage. Wild animals spread disease. They can carry diseases such as rabies, the Herpes B virus, and Salmonella, all of which are detrimental to human health. Tens of thousands of people get Salmonella infections every year from reptiles and amphibians. The Center for Disease Control and Prevention (CDC) in the U.S. recommend that wild animals be kept out of homes with children under five. The CDC discourages direct contact with wild animals. Keeping wildlife may seem appealing, maybe you just want to make your children happy, maybe you think the animals are beautiful. But you must understand that this only inflicts poor quality of life, at best, and death at worst, by keeping them captive at your home. It is in fact illegal to have wild animals as pets, capture, sell or trade them in Belize without a license. Returning them to the wild can also lead to their death as they need to re-acquire or learn skills needed for their survival. Very few animals can be rehabilitated and reintroduced to the wild after being in captivity. Our best form of appreciation would be to allow them to be protected and to thrive in their own, natural habitat – the WILD! If you know of any cases of injured or stranded animals, you can contact the following organizations: Belize Marine Mammal Stranding Network, Wildtracks, Belize Bird Rescue, Belize Wildlife and Referral Clinic and the Belize Forest Department. One organization which works to protect wildlife species and reduce illegal wildlife trafficking in Belize is the Wildlife Conservation Society (WCS).
For more on the work we do, visit our website at http://www.wcsgloversreef.org/; our Facebook page at https://www.facebook.com/WCSBelize/; our office located at 1755 Coney Drive, 2nd Floor, Belize City; or call us at 223-3271. Wildlife Conservation Society saves wildlife and wild places worldwide through science, conservation action, education, and inspiring people to value nature. To achieve our mission, WCS, based at the Bronx Zoo, harnesses the power of its Global Conservation Program in nearly 60 nations and in all the world’s oceans and its five wildlife parks in New York City, visited by 4 million people annually. WCS combines its expertise in the field, zoos and aquarium to achieve its conservation mission. Visit: newsroom.wcs.org Follow: @WCSNewsroom. For more information: 347-840-1242

Kelly McGuire is back and he sang for Saga!