Since 1987, the Belize Audubon Society (BAS) has bestowed a deserving individual or organization with the James A. Waight Award every February 16th. The award highlights the positive work done to protect and enhance Belize’s conservation, and this year’s awardee is none other than Roni Martinez. After countless nominations, he was selected for his tireless efforts in promoting birding in Belize, working alongside organizations and individuals to promote a better, more sustainable tourism product for the country. 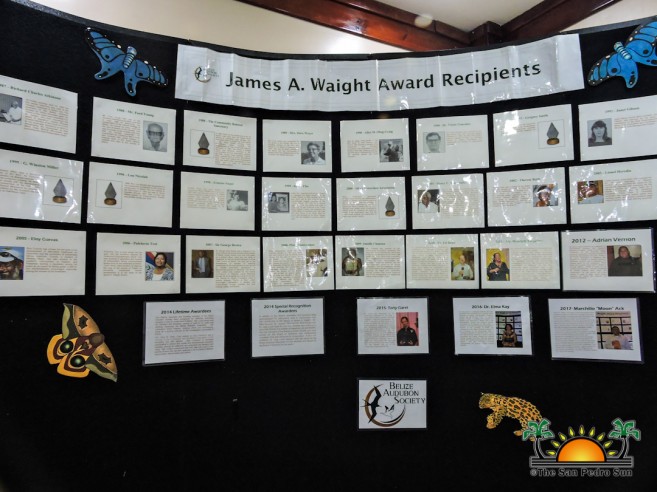 Held at the Toucan Room at the Belize Best Western Biltmore Plaza in Belize City, the short ceremony was led by Oceana in Belize’s Vice President Janelle Chanona. After a brief invocation and formalities, the BAS’ Carolee Chanona detailed James A. Waight’s work as the Belize Audubon Society’s first President who had a passion for nature and wildlife. Nominees for the award must not only be Belizean or a resident of Belize, but also be involved in rainforest protection, coastal zone protection, pollution control, waste management, eco-tourism promotion and the socioeconomic environment, indigenous rights, and/or socio-cultural protection. Their efforts must be national in scope, have a human dimension, and be innovative or non-traditional. 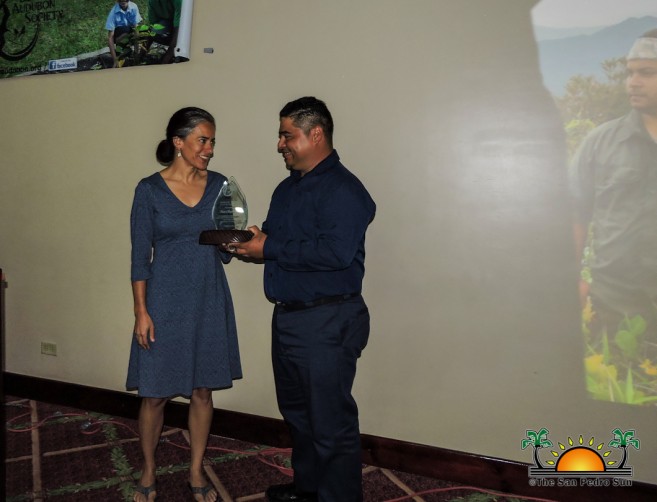 As described by Caves Branch representative Stefan Escalante, Martinez goes above and beyond to meet the criteria. He became Belize’s first conservation officer, working with Blancaneaux Lodge in leading the company’s sustainability and environmental education efforts beyond staff and into surrounding communities. He was one of the pioneers of the Green Action Plan. In 2009 he assisted in the creation of the Belize Raptor Research Institute, during which he assisted in studying an active solitary eagle nest in the Mountain Pine Ridge area. He also dedicated years as a leader for the Mountain Pine Ridge Jaguar Project alongside Virginia Tech University, analyzing the habitat, diversity, and abundance of wildlife in the area via data collection. For three years, he also worked with the Peregrine Fund Orange-breasted falcon project alongside field biologists. His non-profit organization, the Scarlet Six Bio-monitoring Team collaborated with Friends for Conservation and Development and achieved remarkable success in reducing illegal scarlet macaw poaching in the Chiquibul forest. The team evolved into the Belize Bird Conservancy, working alongside many other non-government organizations to ensure the protection of Raptors and the endangered Yellow-headed parrots alongside the Scarlet Macaws. 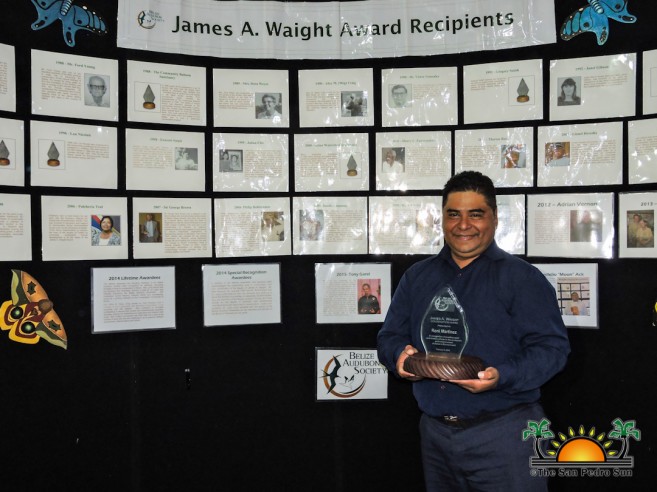 Martinez’ efforts extend within the BAS, where he works as a bird tourism consultant and assistant terrestrial biologist and is responsible for conducting bird surveys at all BAS protected areas. He also trains the staff in research techniques while evaluating current research methods. As a premier bird expert, Martinez has delivered curriculum training to bird guides across Belize and basic and advanced levels, as well as promoting bird conservation in nearly every school across the country. 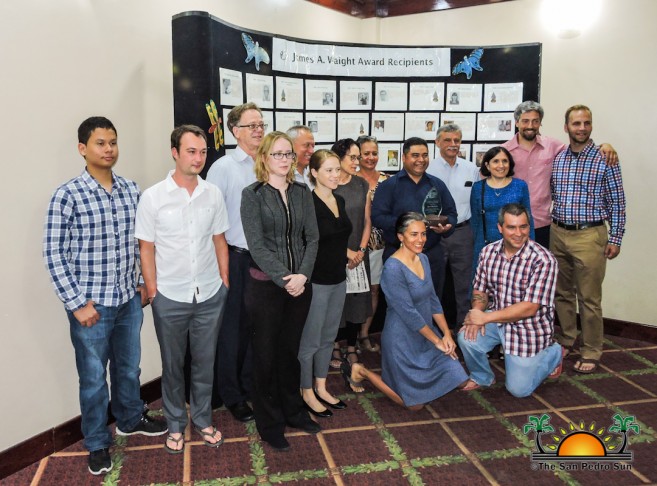 The list of his achievements and efforts contains so much more, but the man behind the binoculars is modest about his work. “I don’t do what I do for the praises…I do it out of the genuine care of my heart. We are all responsible for each other and for our environment if we don’t individually do it, then who will? If we don’t protect the environment and train the younger generation to do so, then who will? What will they have when they grow up? So rise earlier than the birds to get the job done; encourage someone today to appreciate nature and to care for it and try to make a difference TODAY! Remember that at the end of the day, our lives are all just stories – so make sure that your story is an inspiring one.”

Roni Martinez is certainly an inspirational Belizean, and when birding tourism takes over the country, his name will be synonymous with its success. Congratulations Roni Martinez, the 2018 James A. Waight Conservation Award.