Development activities at Cayo Rosario, a small island within the Hol Chan Marine Reserve Zone IV on the northwest coast of Ambergris Caye once again has islanders concerned. A live feed on social media on Wednesday, March 4th showed what appeared to be a barge transporting heavy machinery to the small island. A large pile of rock material could also be observed on the barge, which is allegedly being used for construction. Information provided to The San Pedro Sun is that the developer has a permit to build a temporary bulkhead, and that material for its development is being barged, rather than extracted from the seabed. However, as of Thursday, March 5th, activities on the island have paused, as personnel from the Physical Planning within the Ministry of Natural Resources will visit the island on Friday, March 6th, to address a reported breach in the compliance of the permit issued. 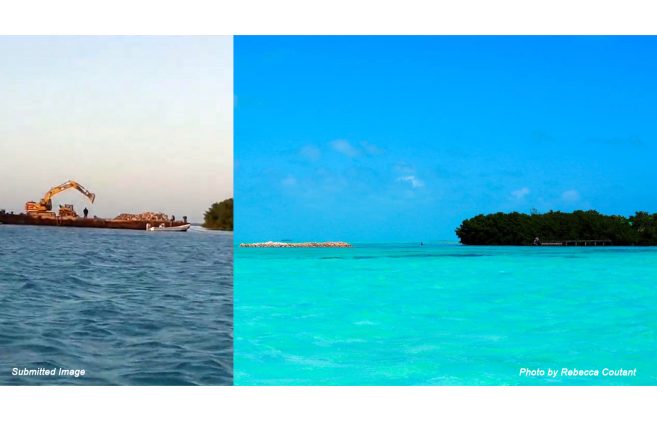 The situation has been closely followed by the Hol Chan Marine Reserve, who indicated that Cayo Rosario not only stands within the reserve, but it is also an area dedicated to conservation. According to Executive Director Javier Paredes, they have been monitoring the activities on the small island since they began and had been proactively communicating the island stakeholders’ concerns to the relevant authorities within the Fisheries Department. According to Paredes, although a permit was issued to build a bulkhead no longer than 300 feet on the western side of the caye, the issue is with where the building material is currently being placed.

The San Pedro Sun reached out to the Physical Planning Unit at the Ministry of Natural Resources regarding the permit but was denied comment. 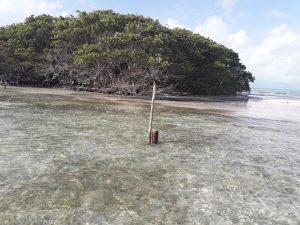 According to Paredes, they had the opportunity to view the permit, which states that the construction materials were to be placed north-side of an existing pier, and upon making checks, it was discovered that it is being placed further south of the designated area. This wrong placement resulted in a temporary pause of any further construction activity until personnel from the Ministry of Natural Resources visit the area and assess the situation. “We want everyone to know that we are aware of and are monitoring the issue very closely. We have increased patrols, and we are sensitive in terms of what is happening at Cayo Rosario,” said Paredes. He added that their technical team was the first to detect activities when surveyors and survey sticks were observed in front of the island, and they began engaging stakeholders on how best to approach this concern. 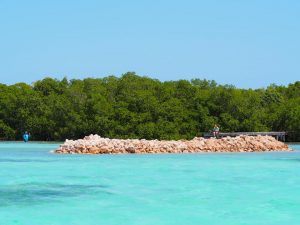 The area within Cayo Rosario is considered a productive fish nursery, and its flats are a world-renowned catch and release sportfishing zone. The area also serves as an important migration corridor for different marine species. This protected area provides millions of dollars annually to the national economy via its popular sports and fly fishing industry. Many islanders make a livelihood from this industry and fear that unsustainable development could destroy the flats within the marine reserve that supports the said industry. According to Hol Chan’s Marine Biologists Kirah Forman, those flats, which are a natural habitat for Permit fish and Bonefish are considered extremely important from an economic standpoint. “Any given day, when you go by Cayo Rosario there are fishermen using the areas, they are heavily used sites,” said Forman. She added that the site draws sports fishers from all around the world, and because of how shallow the area is, it is very suitable for teaching fly fishing. 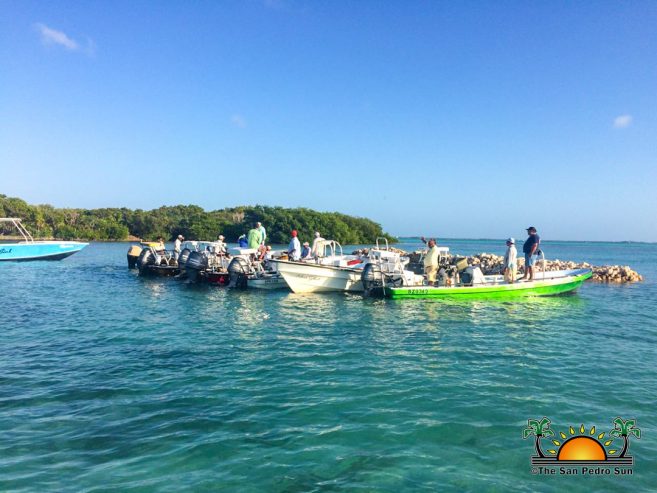 Another issue of concern is the fact that Cayo Rosario is a haven for mangroves and several bird species. Late on Thursday afternoon, a group of stakeholders took boats to Cayo Rosario, where they held a peaceful demonstration. They hope that their movement sensitizes the local authorities on this issue and pushes them to inflect the least impact possible on this critical and sensitive eco-system.

The story behind Cayo Rosario
Cayo Rosario ended up in the hands of developer David Mitchell when the Government of Belize allegedly ceded the island as compensation for an erroneous sale to Mitchell in Caye Caulker. In 2015, the island was acquired by a group of investors, including island realtor John Turley. The island has now allegedly been sold to another developer who is seeking to construct a resort on the island. The project initially called for 50 island bungalows and 50+ over-the-water structures, but according to Hol Chan it has been drastically downsized. 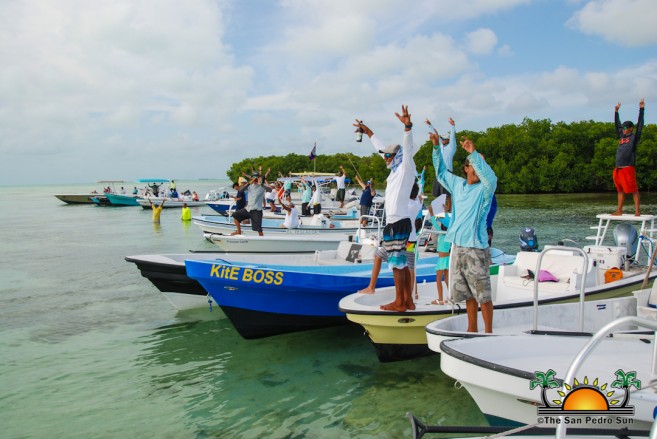 In 2018, the development received the approval of its Environmental Impact Assessment and Environmental Compliance Plan by the Department of Environment. The non-governmental organization of Ambergris Caye Citizens for Sustainable Development tried to challenge such a decision, but in May 2019, the Supreme Court of Belize refused leave for Judicial Review in the case regarding the approval of the project.

While the Environmental Impact Assessment and Environmental Compliance Plan have been approved and signed, the Cayo Rosario development group may still require permits for dredging, mangrove clearing from the Forestry Department, as well as permissions from the Belize Fisheries Department to develop a portion of a national marine reserve with over-the-water structures.

Local leaders, Area Representative and Minister of Tourism and Civil Aviation, Honourable Manuel Heredia Jr., and Mayor Daniel Guerrero have voiced their disapproval in the past. Mayor Guerrero could not be reached for comments, but Heredia indicated to Hol Chan that he plans to meet with concerned stakeholders on the island in the upcoming days.