« Older: Incident in the Caracol Area of the Chiquibul National Forest
Newer: » Island businesses taking measures to deter crime during the pandemic


The future of Scarlet Macaws in Belize seems uncertain due to the ongoing illegal wildlife trade that threatens their survival even in the safety of the country’s dense forests. The illegal practice has become a common practice in the Chiquibul National Park in western Belize, where Guatemalan poachers raid nests for young birds to sell in the black market. This was the case on June 7th, when seven young Scarlet Macaws were saved from such a fate when two poachers were intercepted by rangers of the Friends for Conservation and Development (FCD). The chicks were taken to the Belize Wildlife Referral Clinic (BWRC), where they will be looked after until maturity, and based on recommendations released back into the wild. 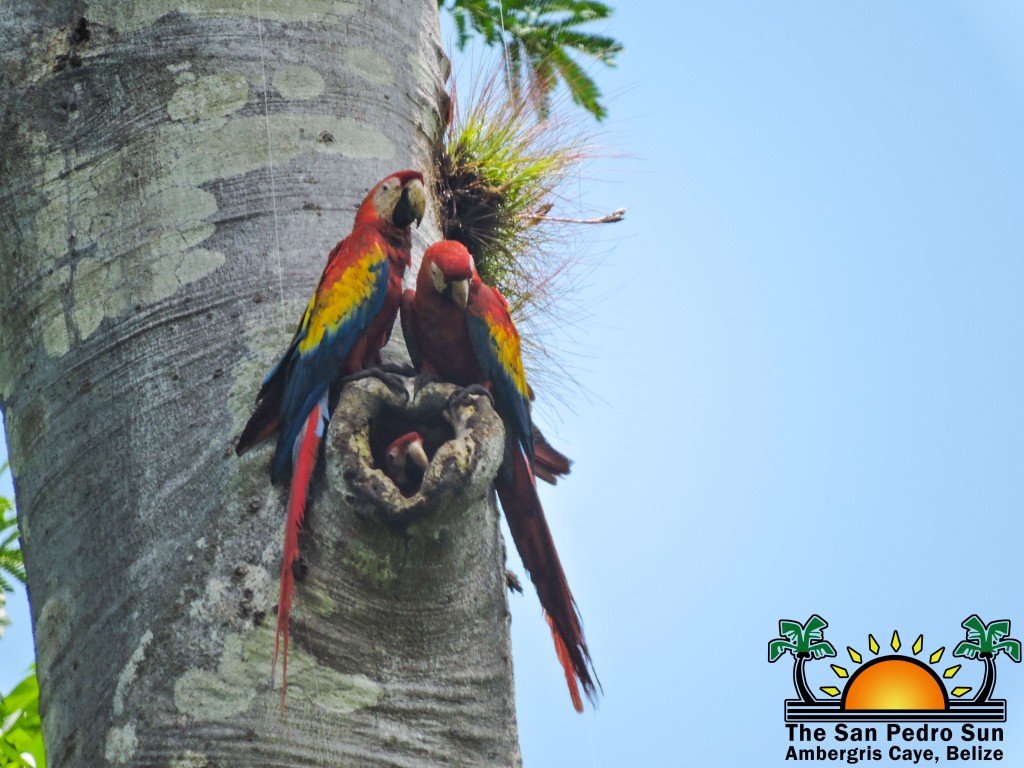 The encounter between the FCD rangers and the poachers took place around 6PM when they were conducting a routine exercise mounting cameras to monitor the poaching of endangered Scarlet Macaws. The poachers, identified from Guatemala, were well inside Belizean territory and allegedly armed. An FCD ranger was obliged to fire his weapon in self-defence, causing a non-lethal injury to one of the poachers. According to a report from FCD, he was immediately detained for illegal entry and poaching of protected wildlife. The other poacher managed to escape. The arrested person is identified as 36-year-old Porfilio Ramirez Tirgeros of La Rejoya, Peten Guatemala. He was transported to a medical facility in San Ignacio Town and then to Belize City. All the birds were found inside a bag carried by Tirgeros. 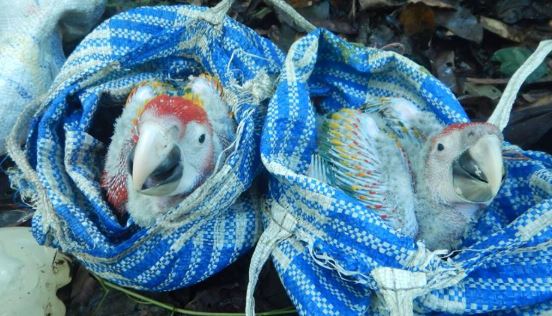 The rescued Scarlet Macaw chicks were placed in the care of the BWRC, which was the nearest facility and partners with the FCD and the Forest Department with this type of rehabilitation. Dr. Isabelle Paquet-Durand at BWRC told The San Pedro Sun that their goal at the clinic is to return the Scarlet Macaws to the Chiquibul Area as soon as possible. Unfortunately, from the seven birds, only five survived the ordeal. It is believed that they died because of the way the poachers handled them. The remaining five chicks are between 25 and 40 days old and will need between 60 to 90 additional days to reach full maturity. When this happens, Durand said they would coordinate with the Forest Department for the return of the birds to the wild. She discarded any possibility that these birds could end up somewhere else, like at a zoo. “The first call for any of our patients is to always, whenever possible, return them to the wild,” she said, “unless it turns out to be unrealisable, due to some injury and cannot live in the wild.” Durand added that the young Scarlet Macaws continue under observation, and so far, they are responding very well. 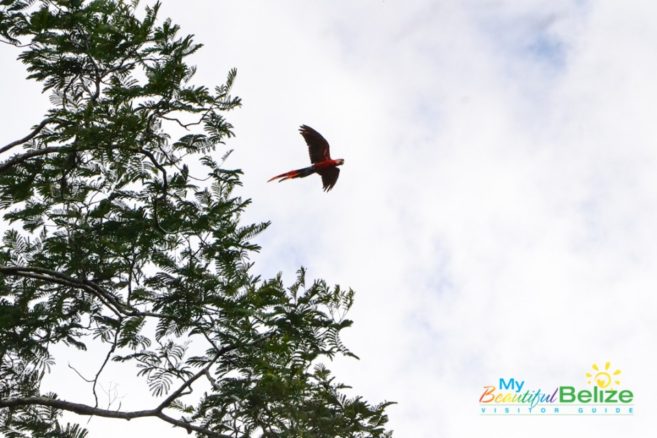 The population of the Scarlet Macaws in Belize is near extinction. It is estimated that there are around 330 left in the country. FCD’s Executive Director, Rafael Manzanero said that this illegal activity by Guatemalan poachers has been ongoing for years and is believed to be the cause of Belize’s declining Scarlet Macaw population. “Besides needing more boots on the grounds to cover more areas, we need a campaign to sensitize the public about the negative impact this illegal trade is doing to our wildlife,” said Manzanero. In 2019, a survey from FCD showed that over 50 birds had been illegally extracted from Belize. Manzanero thinks that if such a trend continues, the Scarlet Macaws will disappear from Belize all together. 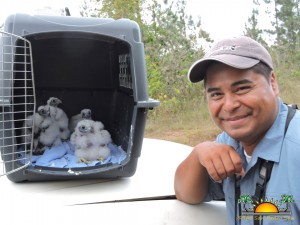 Roni Martinez of the Belize Bird Conservancy, and on behalf of the entire birding community in the country, lamented the situation and said that they continue supporting FCD as much as they can. Martinez shared it’s an ongoing struggle from when he was involved with the Scarlet Six Biomonitoring Team watching over the nests in 2009. “It is heart-breaking to see them getting poached every year,” said Martinez. “The Chiquibul is an immense expanse of forest and sharing some 45 kilometers of porous border with Guatemala. It is one of the toughest tasks to keep the integrity of that border.” Martinez also indicated that without the number of boots on the ground and the funds needed to secure the area properly, the best they can do is help FCD with volunteers to deter poachers.

These birds are loved in the wildlife trade as pets because of their beauty, color, elegance, and size. Scarlet Macaws can live up to 75 or even 90 years in captivity, although a more typical lifespan is 40 to 50 years. They are among the most lucrative within parrot species. One of their chicks can cost up to $1,500BZ, and people will pay up to $3,000BZ for a mature bird.