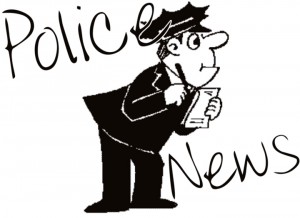 San Pedro Police is requesting the public’s assistance into a wild shooting that occurred last night in the Airstrip Area of the Elliot Subdivision of San Pedro Town. According to Police, shortly after 7PM on Sunday July 15th, they received information of shots being fired in the area. SP police said that upon arrival they were informed by residents in the area that two men, described only as ‘dark skinned males with dreads’, fired several shots in the direction of the residence belonging to Wayne Allen

By the time police arrived on the scene some five minutes later, the two men had already left the area in a yellow skiff. No-one was injured in the incident, however, when police attempted to conduct a search of the area, two men resisted to police conducting a search. As a result Police arrested and charged the two individuals for “obstruction of a police officer in conducting duties.” The San Pedro Police believes the incident is drug related. Anyone with information on the shooting is asked to call the San Pedro Police Department.