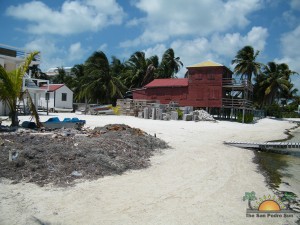 On Saturday, August 4th there was a shooting reported in the Caye Caulker Village. The incident occurred sometime around 5:15AM. One person was shot during the altercation while two others received cut wounds as a result of the incident.

Initial police investigation reveals that Allen, Alamina and Joseph along with five other males identified as Ron Nuñez, Jevon McKenzie, Lyon Gordon, a person identified as “Gallo” and the boat captain known only as “Most High” were on their way back to Caye Caulker from San Pedro. Upon arriving in front of a mangrove area near the Split, another boat caught up with them. Inside that boat, a male of Spanish descent pulled out a handgun and began to threaten them. As a result the “Most High” sped off, and they were pursued by the Hispanic person. Upon reaching the Split near the beach side, they all decided to jump off the boat and run away. However, Joseph fell and was caught by the assailant, at which point Alamina decided to return to her aid. Joseph and Alamina were then hit with the butt of the gun causing their injuries. The male person then fired one shot at Lincoln Allen, injuring him in the left palm. The assailant then jumped back on his boat and sped off.

As a result of the incident, all three were taken to Caye Caulker Health Clinic and were later transported to the Karl Heusner Memorial Hospital in a private boat. Police are looking for someone known to them as part of their investigation.