« Older: Lack of Magistrate causes backlog in the court in San Pedro
Newer: » Supreme Court decides in favor of ACES 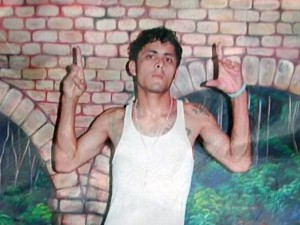 The Belize Police Department has confused the names and photographs released of one of three men killed in a shootout with law enforcement agencies on July 7th on northern Ambergris Caye. The three men killed were Alexander Mazariego and Ismael Garcia of Belmopan and Kendale Flowers of Belize City. At that time police released photographs of the deceased, including one which was erroneously identified as a posing Alexander Mazariego with a M4 Carbine. It was later discovered that in actuality the photo was of Elias Hernandez, who was detained by police during a special police operation on August 7th. 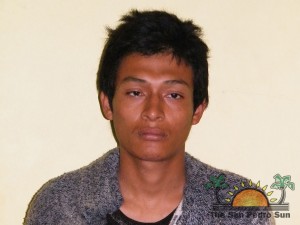 The error came to light after The San Pedro Sun released the pictures of one of three persons who were detained in a special police operation on August 7th in which police shot and injured 24 year old Steven Bowen Jr. some nine miles north of San Pedro Town. The picture of one of the detainees, 22 year old Elias Hernandez, proved to be the same person in the picture that was originally provided to the media for the identity of deceased Mazariego.

It is uncertain how police incorrectly labeled Mazariego, but we can now confirm that the person in the picture with the M4 Carbine has been positively identified by authorities as Elias Hernandez. According to the police, months before the two altercations, they had received pictures showing both Kendale Flowers and Alexander Mazariego (now clarified to be Hernandez) in possession of high powered weapons. The M4 Carbine is one of several guns that went missing from the Belize Defense Force (BDF) weapons storage at Price Barracks in October of 2011.

Fortunately the confusion in the identity of the two people has lead to a major breakthrough. Police have a living suspect that can lead them to the source of the theft of weapons from the BDF weapons storage at Price Barracks which occurred in October of 2011.