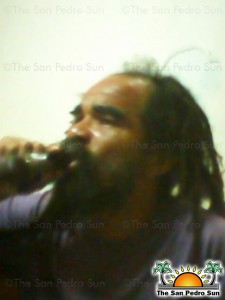 On April 11, 2013 at about 8:10PM, acting on information received, Police visited Glitter Street in the Bayside Area of San Pedro Town, where they saw the body of a male with dreadlocks lying bleeding from his stomach area from what appeared to be a gunshot wound.

Initial investigation revealed that Eugene Anthony Lockwood, also known as “Ras Cobra”, 39 years of age, Belizean Woodcarver of San Pedrito Area was socializing at the corner of Glitter and Swan Street with three other male persons when a single gunman unknown to them came and fired about 5- 10 gunshots which hit Eugene Lockwood on his left lower abdomen, and Derrick Samuels was hit to his left lower back. The gunman then made good his escape.