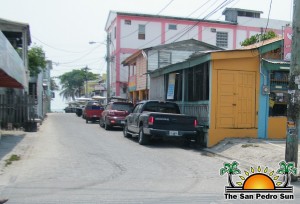 A teenager is in a serious condition at the Karl Heusner Memorial Hospital (KHMH) after he was stabbed in the early hours of Friday April 12th in San Pedro Town. He is 17-year-old Jason Chan, a construction worker and resident of Ambergris Caye. The stabbing incident occurred shortly before 1:30AM on Barrier Reef Drive.

According to San Pedro Police, acting upon information received, they visited the Dr Otto Rodriguez San Pedro PolyClinic II where they observed Chan bleeding from what appeared to be two stab wounds to the right upper chest. Police say that Chan was in front of an establishment at the corner of Barrier Reef Drive and Pelican Street (corner of the Lions Den) when he and his friend Valerio Zetina got into an altercation with Alfredo Cowo and his brother. According to police, it is believed that during the altercation, Cowo and his brother inflicted the said injuries on Chan. Chan later ran westwards on Pelican Street but later collapsed on Pescador Drive.

As a result, Chan was picked up by passersby and rushed to the PolyClinic and later transported to the KHMH in a critical condition. Police are currently looking for the Cowo brothers as part of their investigation.