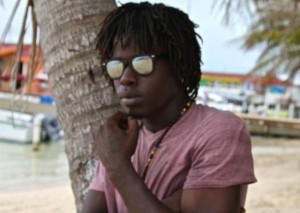 Authorities on Ambergris Caye are investigating a stabbing incident which has a man in critical condition at the Karl Heusner Memorial Hospital (KHMH). The victim is 29-year-old Elbert Swift also known as DJ Chabo, a resident of San Marcos Area. The incident occurred shortly after 6PM on Friday September 27th on Barrier Reef Drive in San Pedro Town.
According to San Pedro Police, Swift was standing at the corner of Barrier Reef Drive and Black Coral Street in front of an internet café when he was approached by a male person of dark complexion. 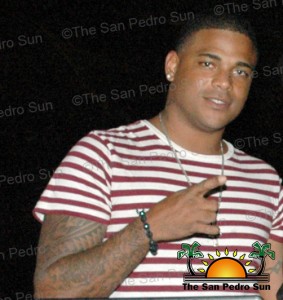 The person was learnt to be Javiel Hamilton also known as Blackhenoh, a Jamaican artist living on Ambergris Caye. It is alleged that Hamilton approached Swift and an argument ensued ending in a fight.
According to police during the fight Hamilton pulled out a sharp object and inflicted a stab wound at Swift and fled the scene. He returned a few minutes later and ran towards Swift with a small knife and inflicted two more stab wounds then ran into an alley off Barrier Reef Drive, making good his escape.
As a result of the incident, Swift received stab wounds to the center of his chest, left side of his neck and the left side of his rib cage. Swift was rushed to the Dr Otto Rodriguez San Pedro Poly-Clinic II and later airlifted and transported to the KHMH where he is listed in a critical condition. Hamilton has been arrested and is expected to be charged later this week.