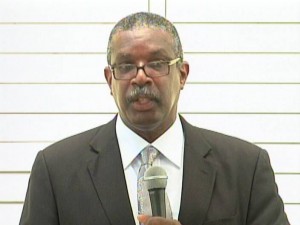 This morning, the Chief Justice of the Supreme Court of Belize, Kenneth Benjamin granted permission to the Leader of the Opposition People’s United Party’s Honorable Francis Fonseca, on behalf of the Belizean people, a permission of a writ of mandamus against the Belize Commissioner of Police Allen Whylie. Fonseca and the PUP have until 4:00PM on Wednesday February 26th to file official documents before the court. Earlier this month the PUP said that they have opted to take such actions after Whylie failed to act against the disgraced Area Representative Elvin Penner and criminally charge him for wrongdoings after being given seven days’ notice. 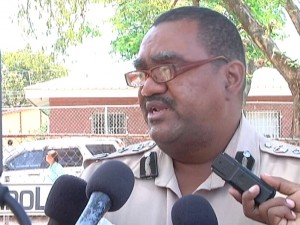 The Former Minister of State in the Ministry of National Security with responsibility of the Nationality and Passport Department and Area Representative of Cayo Northeast has been in the middle of a major national scandal for the illegal issuance of a Belize Nationally Certificate number 28577/13 dated April 22, 2013 to criminal fugitive South Korean national, Won Hong Kim. That is the same nationality certificate used to issue a Belize Passport number P-0246777 dated September 8, 2013 given to citizen Kim. The Belizean people, the unions, social partners and the opposition have been calling for criminal charges to be brought against Penner but despite the public outrage, none has been forthcoming from the Police Department. After the writ of mandamus has been filed, Whylie should be notified by Thursday February 27th and he is expected to appear in court on Friday February 28th. It is expected that the PUP will ask the court to force Compol Whylie to execute his duties as mandated by law.

A writ of mandamus is basically an extraordinary order by the court’s high judge commanding an official, in this case Compol Whylie, to perform his ministerial act that the law recognizes as an absolute duty, and not a matter for Whylie’s discretion. Whylie is expected to be before Chief Justice Benjamin at 9PM on Friday.