On Saturday, March 1st, the San Pedro Police responded to a shooting incident that occurred around 7:40PM in the San Mateo Area of San Pedro Town. The victim of the incident was identified as 26-years old-tour guide, Steven Bowen Jr. He was transported the Dr. Otto Rodriguez San Pedro PolyClinic II where officers observed him suffering from apparent multiple gunshot wounds across his body. An official medical report revealed that Bowen had gunshot wounds to his left leg, right leg, right elbow, left shoulder and back. 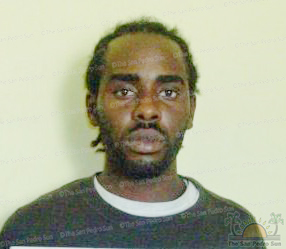 Further investigations by police revealed that the shooting occurred while Bowen was walking to his home in the San Mateo Area, along with some friends. Two male persons approached them from some nearby bushes armed with handguns and fired several shots in Bowen’s direction. As a result, Bowen fell to the ground for cover, at which point one of the assailants approached Bowen and fired several shots at him, causing the injuries.

Bowen was later transported to the Karl Huesner Memorial Hospital (KHMH) where he is receiving further treatment. The San Pedro Sun contacted a family member on Monday, March 3rd, but he declined to comment on what might have been the cause of the attack. However, he confirmed that Bowen Jr. is in a stable condition. “No vital organs where hit by the gunshots and most of the bullets exited the body. We expect him to make a full recovery,” said the family member.
Eleven 9mm expended shells were retrieved from the scene. Police have launched an investigation into the matter, for which have no leads at this time.
This is not the first time Bowen has been shot. In August of 2012, Bowen was shot by police after he allegedly charged at an officer armed with a machete.