According to the deputy commanding officer of the San Pedro Police Formation, Inspector of Police Henry Jemmott, Kumul was formally charged for the crime of murder following the instruction of the Director of Public Prosecution. Kumul is the prime suspect in the murder investigation of Alamilla which occurred sometime around 6AM on Wednesday July 23rd inside a building (under construction) on South Ambergris Caye.
According to Jemmott, Kumul, who is Mexican, was apprehended sometime around 7:30 AM on the same day of the incident. He told The San Pedro Sun that police were placed at various exit points on Ambergris Caye and a team of police officers sighted the suspect as she approached a local airline hangar. Jemmott explained that when Kumul saw police, she attempted to flee, but police set chase and quickly apprehended her.
Kumul was arraigned at the San Pedro Magistrate Court on the afternoon of Thursday July 24th before Magistrate Sherigne Rodriguez. No plea was taken, since the matter is an indictable case and she has since been remanded to the Belize Central Prison until her next court appearance on September 19th. 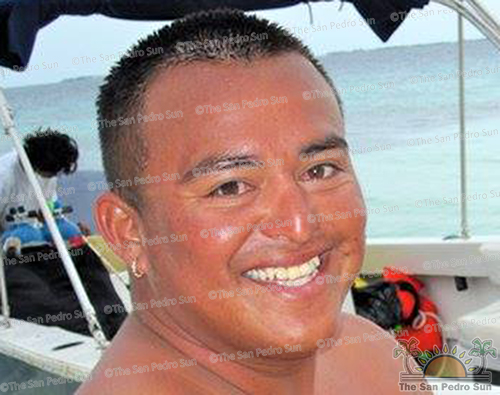 It is believed that an enraged Kumul stabbed her common law after he went out drinking with friends and did not return home for two days. Police investigation suggests that Alamilla was stabbed multiple times while he slept on a sofa. A post mortem examination on Alamilla’s body certified that he died from asphyxia due to bleeding. He was laid to rest on Thursday morning following funeral services at 10AM at the San Pedro Roman Catholic Church.
Police had initially detained two other people as part of the investigation, but they have since been released. Kumul and Alamilla had two Belizean born female children.