« Older: Central Government steps in to curb crime in San Pedro
Newer: » At what point do Police take over?


Former Police Officer No.277 Burton Caliz, who was attached to the San Pedro Police Station, has been acquitted of manslaughter charges for the 2004 death of Leroy Pilgrim. The then 23-year-old Pilgrim was shot in the head during an alleged struggle with PC Caliz on the night of February 12, 2004 in the San Juan Area of San Pedro Town. The young constable was initially charged for murder, but outcome of the case changed on Friday March 13th when Caliz was acquitted before the Belize Court of Appeal. 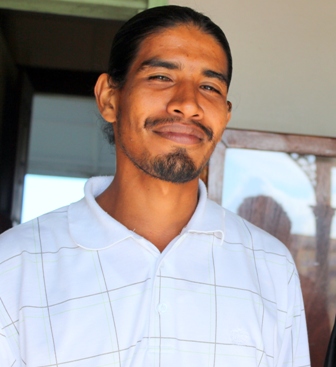 In February of 2004, Caliz was charged for one count of murder and was placed on interdiction. When the case went to full trial in 2007, the murder charge was reduced to manslaughter. Caliz was found guilty and sentenced to 10 years in jail. He then sought for an appeal, which he won, and a retrial was ordered.
When the case was re-tried before Justice Troadio Gonzalez in 2013, Caliz was again found guilty of manslaughter and was ordered to pay a fine of $3,000. But Caliz was not finished, as he took the matter to the higher court and appealed Justice Gonzlez’s decision before the Belize Court of Appeal.
The Court of Appeal heard the case and at the end of the trial on Friday March 13th, the Judges of the Appeal Court quashed the initial conviction and sentencing and dropped all formal charges. It is a major and unexpected turn of events, and the Judges reserved the reasons for the judgment for a later date.
Pilgrim’s death caused public outcry and condemnation from the community, and on the day of the incident, some 500 plus residents rushed to the streets, causing havoc at the then Lions Clinic while demanding justice. The civil unrest lasted hours, even when members of the Belize Defense Force were brought in to calm the situation on the island. Police and Caliz claimed that Pilgrim was shot during a struggle that ended with Caliz and the deceased in the water. Family members had maintained otherwise throughout the trial.
Pilgrim left behind a wife and child who is now 13 years old.

Aurelio Chi arrested for Obtaining Property by Deception amongst other charges