While Caye Caulker resident 47-year-old businessman Amado Watson continues to recover after he and an American female were attacked on August 28th around 11PM, police announced on Tuesday, September 4th that they formally charged Austin Lopez, also known as ‘Stino’, for Attempted Murder, Use of Deadly Means of Harm, Dangerous Harm, and Grievous Harm. Lopez has since been remanded to the Belize Central Prison until his first court hearing on December 5, 2018. 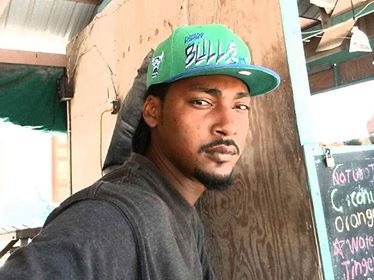 Official reports indicate that on the night of August 28th, Watson and his companion, American National 33-year-old Kathleen Perry, were attacked and stoned with bottles on Pasero Street. Witnesses at the scene of the fight indicated that Watson was hit in the head with a cement block, leaving him unconscious and bleeding from his ears and mouth. Perry sustained a large wound below her nose. Both were transported to the Karl Heusner Memorial Hospital in Belize City, where Watson was admitted in a critical condition.
The incident reportedly started inside a beach sports bar where Watson and Perry were socializing. An argument ensued between them and other patrons at the bar. The argument moved outside the bar, where Lopez allegedly inflicted the injuries to both Watson and Perry.
Police also indicated that the individuals involved in the brawl knew each other and that a minor issue had ignited the incident.