San Pedro Police officers Tyrell Rowley and Samir Medina will face criminal charges after being involved in a case of police brutality on January 1st at Playa Bar and Grill in the Boca del Rio Area. The officers attached to the Quick Response Team (QRT) unit are accused of using unnecessary excessive force while detaining Jamir, Justin, and Mario Leal. Rowley was caught on camera beating on 20-year-old Jamir after he was subdued on the ground. Justin and Mario were also detained and allegedly beaten, but it was Jamir who suffered major injuries. Initially, the cops had received disciplinary charges, after no complaint was filed against them. But that changed on Tuesday, January 8th, when, after meeting with Commissioner of Police Chester Williams, the Leal family decided to press charges against the two QRT officers for the use of excessive force against them. 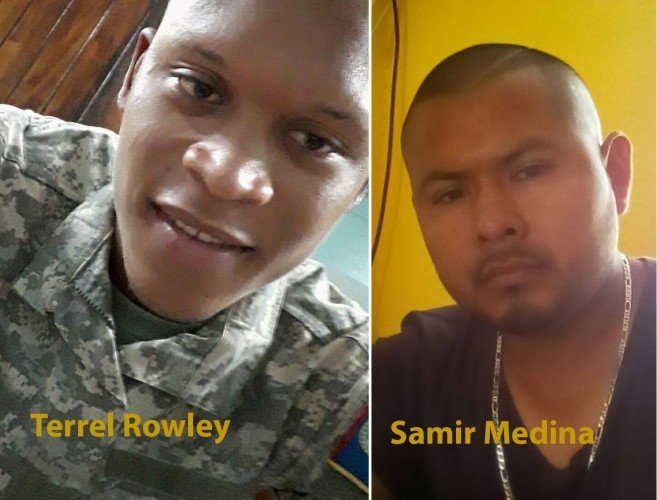 Williams was instrumental in their decision to file a lawsuit against the officers. The Leal family had decided against pressing charges due to the concern for their safety, but after speaking to Williams, they filed their complaints. “First, I was worried about our safety, knowing that they [Rowley and Medina] would still be out there after just getting one-week suspension,” Jamir told the media. “Mr. Williams explained to us that they could not do anything to us, and so we decided to press charges against the police who injured me.” In speaking to the family, they did not confirm if they will be pressing charges against the beach bar owner, who also assaulted Jamir during the ordeal.
The incident took place shortly after 8PM on New Year’s Day, while Jamir and his two brothers Mario and Justin were at the Playa Bar and Grill. Jamir was involved in a heated altercation with his ex-girlfriend and his brothers, and other patrons, including the bar owner, tried to break up the fight. Things escalated when QRT officers Rowley and Medina showed up and apprehended the Leal brothers. After been subdued on the ground, Rowley began clubbing Jamir and then proceeded to kick him in the head. As a result, Jamir suffered injuries to his jaws, a cut to his head and foot and bruises to his back. His injuries were classified as Wounding by a medical doctor. The other brothers received minor injuries. Jamir has admitted that his actions were wrong but believes that he did not deserve such treatment from the police. 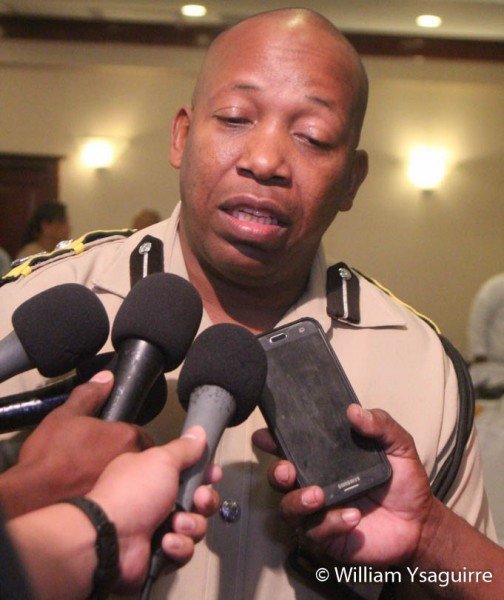 During a press conference, Williams stated that after reviewing the video footage depicting the officers’ behavior he could not let the situation go unnoticed. He reached out to them and extended an invitation for them to come to his office in Belmopan. “I spoke to the three gentlemen concerned and assured them that they need not fear any retribution from the police should they decide to cooperate with us in this investigation,” said Williams. Immediately after, the Leals filed their complaints and provided police with detailed statements on the incident. “Now I am pleased to say, that we have sufficient evidence, we now have two complainants, and we will now be proceeding criminally against the two mentioned police officers,” Williams told the media.

In their defense, Rowley’s statement claims that Jamir attacked him. “I informed the male person that he had committed an offense of Assaulting a police officer and attempted to detain the male person, however, he began to resist, and he continued throwing kicks and punches hitting me over my body,” Rowley told police. He adds that Mario then began attacking him and after using force they were able to subdue the three brothers that had resisted arrest.
The San Pedro Sun reached out to the Officer in Charge of the Coastal Executive Unit (Ambergris Caye and Caye Caulker) Reymundo Reyes about the case. He said that investigations are ongoing with personnel from Belize City on the island. If found guilty, Rowley and Medina will face charges of ‘Wounding and Harm.’