The San Pedro Police Formation destroyed over 100 kilos of confiscated drugs on Wednesday, November 25th, south of San Pedro Town. The drugs, consisting primarily of marijuana, cocaine, and pills such as Ecstasy, had been in storage for several months. A Justice of the Peace, along with members of the judiciary system and an attorney at law, documented the drugs. After that, the illegal substances were set ablaze. 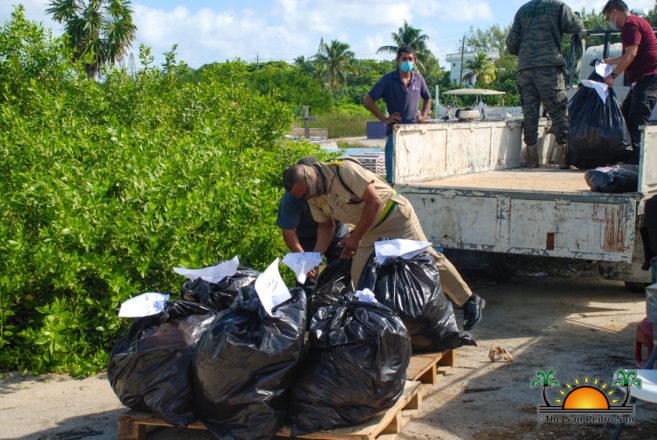 Under heavily armed escort, bundles and boxes of drugs were transported from the San Pedro Police Station shortly after 10AM. Officer in Charge of the Coastal Executive Unit Superintendent Christopher Noble shared with the media that the drugs being destroyed included items from Caye Caulker and resulted from different searches, concluded cases, and others recovered and labelled as ‘Found Property.’

Noble said that this practice would be an annual occurrence, and before it can occur, proper arrangements need to be made with the relevant authorities. To add transparency, the destruction is approved by the Commissioner of Police. A Magistrate and a member of the prosecution department are then needed to witness the disposal. The presence of a Justice of the Peace and personnel from the National Forensic Department is imperative. 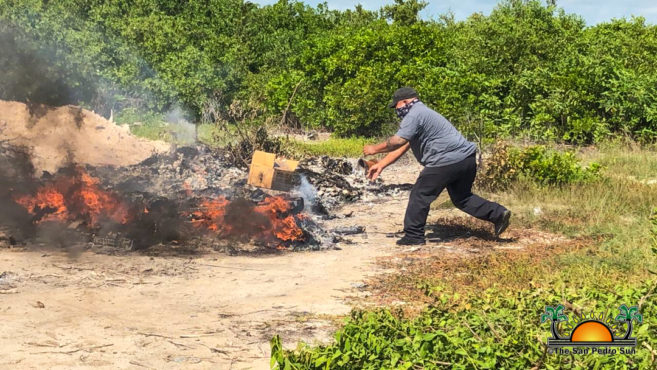 Noble added that it is all about community policing, and he wants to assure the community that the police are here to serve and protect lives and property. He said that the island police continue to work hard to tackle the transport of illegal substances to San Pedro. According to him, this is a never-ending battle that the police department will continue to combat and asks the general public to trust the law enforcers and work along with them for the betterment of San Pedro Town. 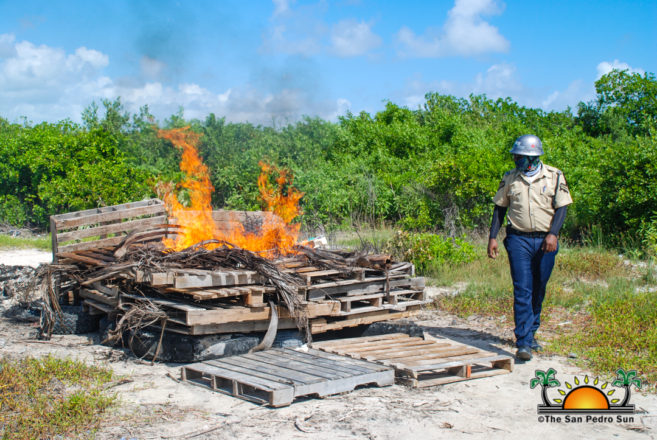 The destruction of the illegal substances was recorded correctly and witnessed and took over two hours before they were destroyed. This is the second time Noble has conducted the destruction of drugs. The first time was in November 2019, when a more considerable amount of narcotics were burned.

According to police, most of the drugs were illegally transported to the island in basic household items, including empty yogurt containers and even crazy glue tubes. Some had been found inside knapsacks concealed in prepared food containers as well.

Second non-fatal shooting within the week on La Isla Bonita