A security officer was stabbed twice during a broad daylight robbery in downtown San Pedro. The security guard has been identified as Robert Assi, a resident of the DFC area of San Pedro Town. The victim was apparently attacked by two men as he was heading to make a deposit at the bank. The robbery occurred at the corner of Barrier Reef Drive and Caribeña Street sometime around 1:20PM on Tuesday October 7th. 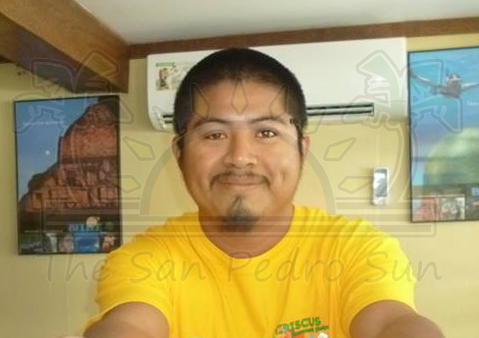 According to Assi’s employer Milo Paz of Milo’s Center, after the security guard was attacked and stabbed by the two men, the assailants made off with a deposit bag that was in his possession, containing $130,391. The culprits then ran towards the beach and continued southwards. The injured security guard ran behind his assailant yelling for help. Paz indicated that a group of citizens ran behind and one of the culprits was contained by a concerned resident. The San Pedro Sun understands that during the process, the deposit bag fell and a crowd in the area of Central Park began pulling at the bag, eventually bursting it. Those in the area scattered to help themselves to the lose money, allowing the original culprits to get away. “We are hoping that the people will return the money,” said Paz.

Meanwhile Assi received a stab wound to the right upper portion of his chest and another to his back right portion of his shoulder. He was rushed to the Dr Otto Rodriguez San Pedro Poly Clinic II for medical treatment and has been released and is recuperating.

Police are looking for the two men whose identity is known, but their names have not been released as part of the ongoing investigation.