San Pedro Town, Ambergris Caye, made headlines in the international press on Wednesday, November 1st, when Honduran news outlets reported that teenaged women from that country were being trafficked to the island. Reports were that a Honduran national, Denia Suyapa Ochoa, was detained on said date for trafficking women to Guatemala, and then to Ambergris Caye, Belize, where they were sexually exploited and faced with forced labour at a bar. As a result, the San Pedro Police Formation, along with the Immigration Department, detained 25 Honduran women on Thursday, November 2nd after raiding three different bars on the island. The women have since been handed over to Immigration as the matter continues to be investigated. 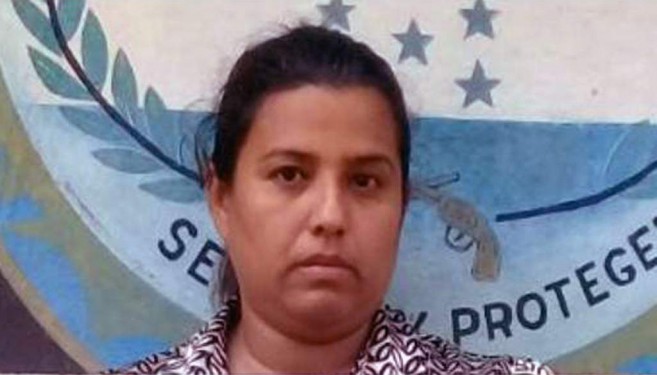 While investigations continue into the human trafficking ring, many of the women have been removed from the island by the Immigration authorities. In regards to Ochoa, Honduran newspaper La Prensa states that she worked at the Ministry of Health in that country, and according to the Protection of Women Agency, Ochoa used to recruit young females for the trafficking business. The report from the authorities indicates that the young girls, who were mainly minors, were taken by Ochoa to San Pedro Sula, Honduras. From there, they were taken to Guatemala and then eventually in to Belize.
Ochoa was busted via a Honduran operation called ‘Firestorm,’ which dismantles networks of assailants and organized crime networks. The future of the ring and the continuation of its operations are not yet known. However, according to a source that spoke to The San Pedro Sun, there will be an internal investigation within the Belize Immigration Department. Chief Executive Officer at the Ministry of Human Development, Judith Alpuche told the Belize media that the operation was a joint cooperation between Belizean and Honduran authorities. Ochoa now faces charges of trafficking persons in the form of forced labour and commercial, sexual exploitation and could face up to 20 years in prison.
While the investigation continues, no word has been shared by Belize police as to what will happen to the bar owners in San Pedro Town. The bars that were raided by authorities are Take-a-Look, Los Compadres, and Reef Bar.
Residents have not been shy when complaining about authorities, especially the Immigration Department, for their lack of attention and enforcement to the matter. Many allege that the Department knew what was happening, but did nothing. Residents go even further, acussing the main authority in town, The San Pedro Town Council, for only focusing on collecting trade license fees instead of addressing the issue. In a previous interview with The San Pedro Sun, Mayor Daniel Guerrero commented that it was an issue that needed to be addressed as soon as possible. However, he also said at the time that it was an issue that happens in any country, and thus, was nothing new to Belize. 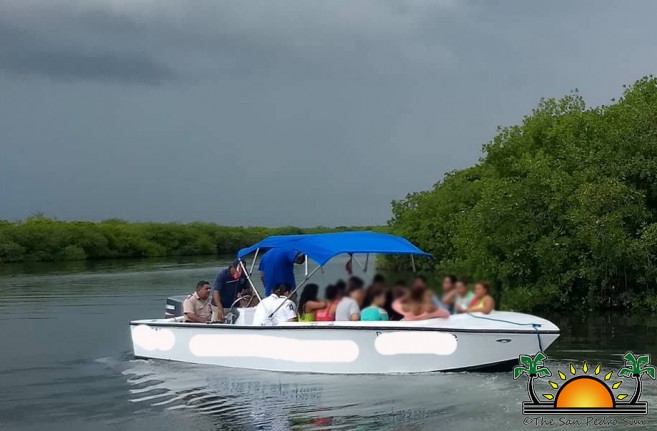 Island residents demand that the Immigration Department do its job, and conduct the vetting system they had in place many years ago. “I remember … that before you were allowed to enter Belize, you had to show an amount of cash at the point of entry and had someone in Belize liable for you,” said one resident. “You were also monitored as to make sure you were not overstaying and if you would ask for extensions, you needed to show a reasonable reason to be granted an extension.”
This issue of human trafficking has placed Belize as the worst trafficking offender in Central America, as outlined in the 2017 U.S Department’s Trafficking in Persons report. The report was released in late June of this year, stating that for the third consecutive year, Belize remained in Tier 3. This means that Belize is not complying with the minimum standards and it not making significant efforts to deter human trafficking into the country. Tier 3 is the lowest possible tier on the scale.
Additionally, the report criticized Belize’s 2013 Commercial Sexual Exploitation of Children Act, which criminalizes the facilitation of prostitution of persons younger than 18. However, it does not prohibit adults from engaging in sexual activity with 16 and 17 year old persons. The report also alleges that Belize decreased efforts to protect traffic victims subjected to sex services and forced labour. Many of the victims live in fear of detention of deportation, and even of retaliation from their employers, thus, they are reluctant to make reports. The report further states that the presence of off-duty police officers providing security for alleged sex trade establishments may not just inhibit victims from coming forward, but also hinder police investigation, especially against possible employers. The United States has asked Belize to do more in deterring sex and labour trafficking and put in place a formal victim identification process.
Belize argues that they have been partnering with Non-Governmental Organizations in expanding their awareness campaign through television, posters, and billboards. Additionally, Belize claims that authorities continued to disseminate public service announcements on child sexual exploitation and the links between tourism and the demand for commercial sex. However, the 2017 report says that it was not enough, as there was no investigation, or prosecution, against the culprits. It indicates that Belize did not make any efforts to reduce the demand for forced labour or provided any anti-trafficking training for its diplomatic personnel.
In order to be removed from this Tier, Belize’s government must address the issues of complicity by government officials, follow through with better protection of victims and focus on conviction of trafficking offenders.
Prime Minister Dean Barrow rejected the content in the report, particularly when it refers to government’s complicity in human trafficking. “I certainly reject that,” he said. “I don’t know that the report offers any evidence to substantiate that claim, but that is not something that I would accept.’ While Barrow does not accept the report, it does not change the fact that the trafficking profile for Belize does not look good on a global scale.
In San Pedro Town, Ambergris Caye, as in other parts of Belize, there is clear evidence that there are many brothels where young women from other parts of Central America are often brought to work- in some instances by offering sexual services. The San Pedro Sun has spoken to some of the women, many of whom said they have no other choice, as they have families back home who solely depend on their income to survive. Some claim that they need to pay back loans to their employers, who paid for their trip to Belize. They also confirmed that every week, there is a new batch of young women making their way to the island, almost on a weekly basis, and that local authorities are aware, but do nothing to address it.
On Saturday, November 4th, at the ribbon-cutting ceremony for Hope Haven, Ambergris Caye’s first Children’s Home, Belize Rural South Area Representative Honourable Manuel Heredia Jr., made a bold statement. “Any bar that is found prostituting young girls will be closed down immediately,” he declared. It is speculated that there are dozens of bars on the island where young girls have been trafficked and face forced labour and sexual exploitation.