Tropic Air awarded $13,000 in educational grants to the dependents of 21 members of staff. The grants were selected based on academic ability and merit from a large field of applicants representing all 11 destinations served in Belize. 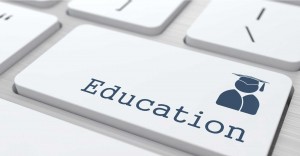 “Tropic has a commitment to education, through its support of the Nation’s schools, sports, drug prevention programs, and internships for those interested in the airline industry”, said John Greif III, Tropic Air’s president. “Similarly, these grants are an investment in a better and more prosperous future not just for the recipients but for our nation, because Belize will benefit for decades to come from the career achievements of these individuals. We congratulate them all”.

Since starting this program over three years ago, Tropic Air has awarded over $50,000 in educational grants to the dependents of its team members.

About Tropic Air
Founded in 1979, by John Greif III, with just a single airplane and two employees, Tropic has steadily grown to become the largest and most experienced airline in Belize. It now employs over 350 staff, and offers over 200 daily scheduled flights with 16 aircraft to 19 destinations in Belize, Mexico, Honduras and Guatemala. Chetumal, Mexico became destination number 19 on January 16th. Tropic Air joined IATA’s ISSA Registry in 2015.

The Power of Pleasure Reading: What We Can Learn from the Secret Reading Lives of Teens