An overview of what is taking place at the Belize Electricity Limited (BEL) was shared with island residents on Friday, May 4th during an informational fair held at the Central Park. The event showcased some of BEL’s key departments regarding safety, customer service, and projects while highlighting the company’s future projections of power supply to Ambergris Caye and nearby Cayes. 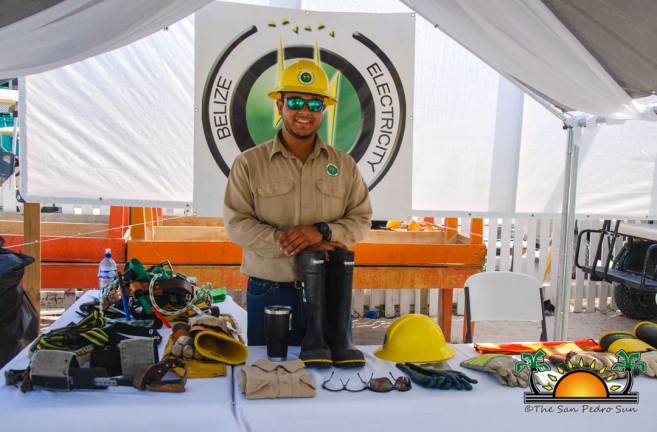 Many islanders who stopped by to visit the different booths at the fair learned about safety measures when dealing with electricity, updated their current information with BEL, and even had the opportunity to view and touch some of the company’s maintenance equipment while learning how crucial they are for the safety of electricians. 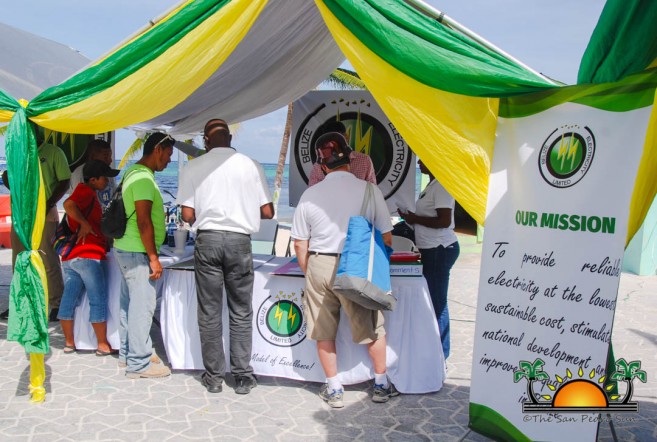 One of the booths that caught the attention of almost everyone was the ‘projects’ department. According to the department project manager, Kevin Petzold, they are always exploring capital projects that can improve BEL’s infrastructure. He explained that the process involves years of planning, finance is obtained and then the project is implemented. One example is the upgrade of the Maskall Sub-station, which feeds a submarine cable that connects Ambergris Caye to the national power grid. “After that upgrade, the power outages in terms of frequency and duration in San Pedro reduced dramatically by about 80% since 2016,” said Petzold. He went on to explain that one of the issues the company is looking at is a potential load off the mainland coming from the Cayes (St. George’s Caye, Long Caye, Caye Chapel, Caye Caulker, and Ambergris Caye). 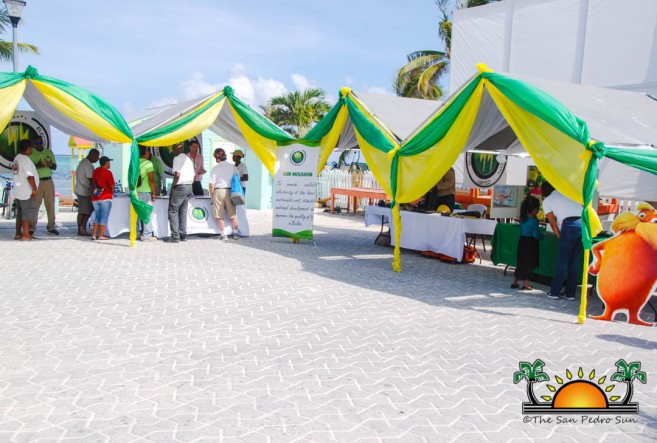 Therefore BEL is embarking on a feasibility study to make a determination on what is the best way in terms of strategy to supply power to the Cayes. “Some islands have no development, so we have to make a projection whether it will be developed and at what rate,” said Petzold. “Some islands have a lot of development, on-going development, and so there is a demand that keeps growing.” Petzold pointed out that the Cayes mentioned above are considered a chain of islands that they intend to interconnect, but they are looking at how best to do so, given the fact that all of them have different conditions. A preliminary study is underway to determine the implementation of renewable energy generated from the wind on the islands. “We are in the process of installing measuring devices and make a determination on whether it would be feasible,” said Petzold. 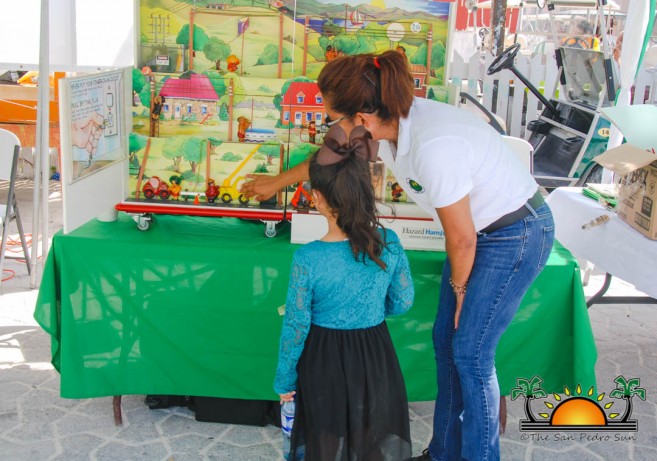 He stated that when it comes to Ambergris Caye, the issue is constant growth, which has been taken into consideration. The existing submarine cable that connects the island to the national grid has a capacity of approximately 17 megawatts, and according to Petzold, the island is using between 11 to 12 megawatts. “This means that we are approaching its capacity,” he said. That’s why we are acting now to make good use of the time so that when the demand starts to approach 17 megawatts, we will already have something in place.” The BEL team is looking at other options in order to come up with a long-term strategy. One of those options is the possibility of installing another submarine cable that will interconnect Ambergris Caye with the other islands. Petzold indicated that this new cable would be designed to take each island’s projected power load. “We have to project,” he said. “We have information of what is happening now, but we have to know about potential investment in the future, which will trigger a particular growth that we are using as a basis for our projections.” 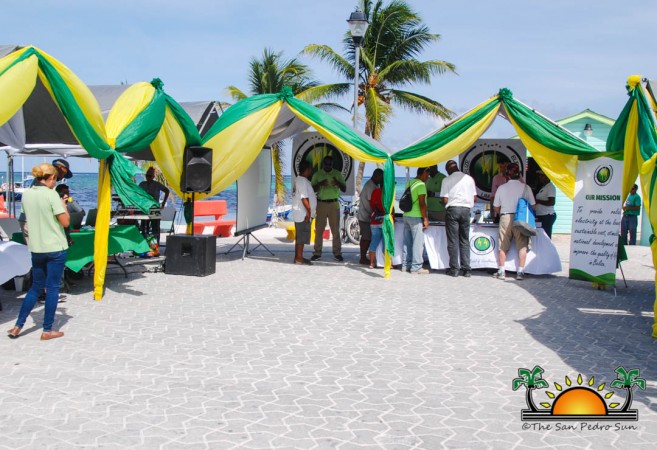 At the end of the fair, BEL personnel spoke to several island stakeholders, taking in their reactions about their future plans to continue improving the power supply. The feedback will be added to an Environmental Impact Assessment (EIA) that the company will be presenting to the island community within the next three to four months. Petzold said that before they start their EIA, they want to engage with stakeholders and have their opinion be part of it. “This is one of the many efforts that we are undertaking to try to ensure we are doing our diligence,” ended Petzold. 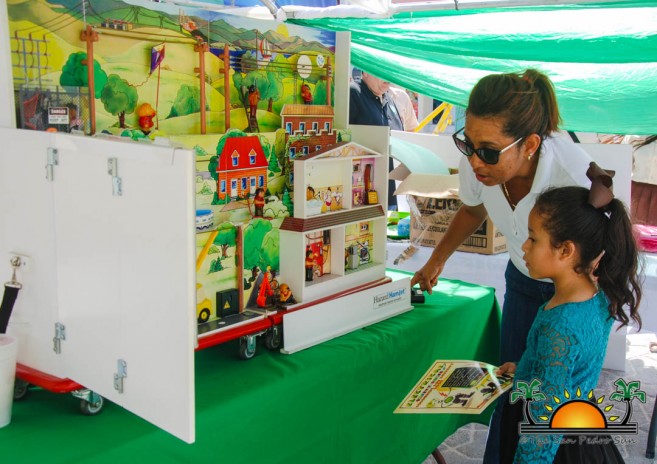