Throughout the entire morning, Captain Conch, along with the help of guests visited most of the primary schools on the island. At the schools, the students would get an introduction by Jorge Aldana from the SPTC, followed by a short message from Mayor Daniel Guerrero of the importance of keeping the environment clean. Captain Conch and his friend Baby Shark then entertained the children with some interactive and fun performances. Schools visited included: San Pedro Roman Catholic School, Holy Cross Anglican School, Isla Bonita Elementary School, New Horizon Seventh Day Adventist School, and Ambergris Caye Elementary School. 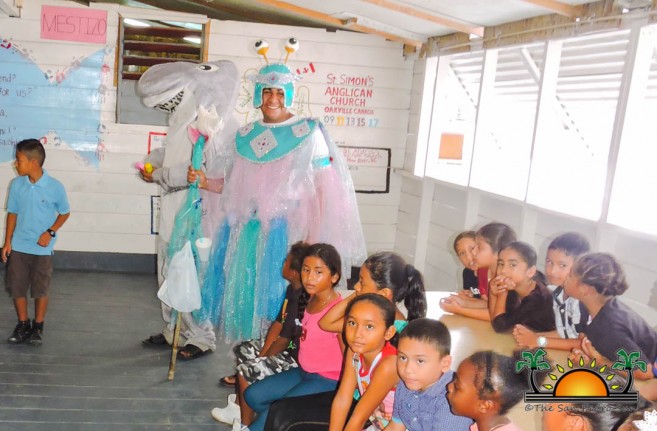 Captain Conch was launched along with the SP BTIA clean-up campaign that was held from Friday, November 9th to Monday, November 12th. Over the four days, more than 150 volunteers collected more than 900 bags of trash and 744 square yards of garbage with 151 vehicle/truckloads delivering to the Transfer Station, located south of Ambergris Caye. The goal of the SP BTIA four-day clean-up campaign was to pick up garbage from multiple locations in various neighborhoods, but due to the massive amounts of trash located in one area, the San Pedrito Highway, efforts focused on clearing the road of all trash. From 8AM to 4PM, there was an army of seriously dedicated and hardworking people along with multiple golf carts, trucks, trailers, backhoes and bulldozers, who pulled tons of trash from the San Pedrito Highway. Despite the combined efforts, tons of garbage remains along the road. The improper disposal of garbage has long been an issue on Ambergris Caye. Illegal dumping has resulted in street sides littered with large items such as appliances and old furniture, polluting our water system, marring our natural beauty and threatening the health of our environment. 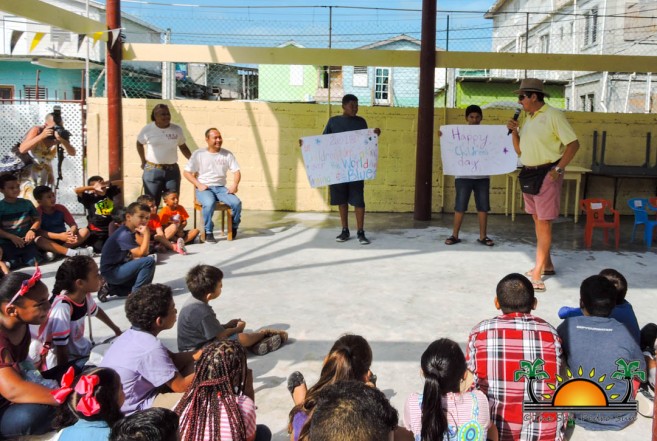 This will not be Captain Conch’s only appearance, as he will be participating at San Pedro 2018 Lighted Boat Parade on Saturday, December 8th and in the annual LOVE FM Christmas Parade on Sunday, December 16th. The SP BTIA will further work on a trash education curriculum for pre-school and primary school-students that Captain Conch will be sharing in classrooms starting early in 2019.

Island residents are once again asked to be attentive, and if they see anyone dumping garbage, to take photographs or report them to the relevant authorities. Captain Conch says Keep San Pedro Clean!