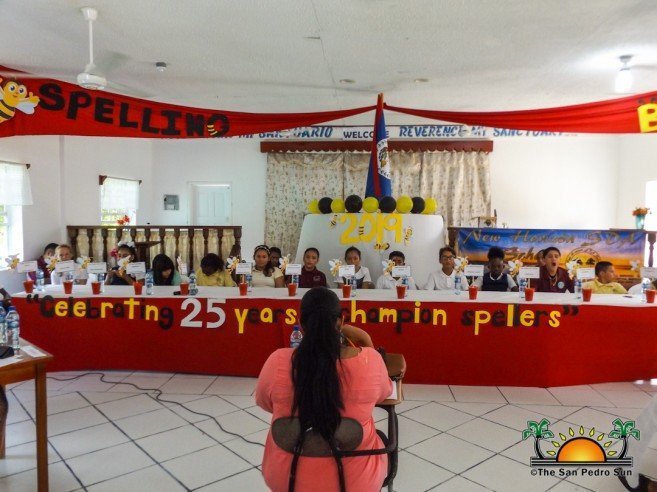 Shortly after 9AM, Master of Ceremonies Jorge Aldana of the SPTC introduced the 16 students competing in this year’s spelling completion. Following the formalities that included the singing of the Belize National Anthem and opening remarks from Dario Chuc of Bowen and Bowen, the competition began. 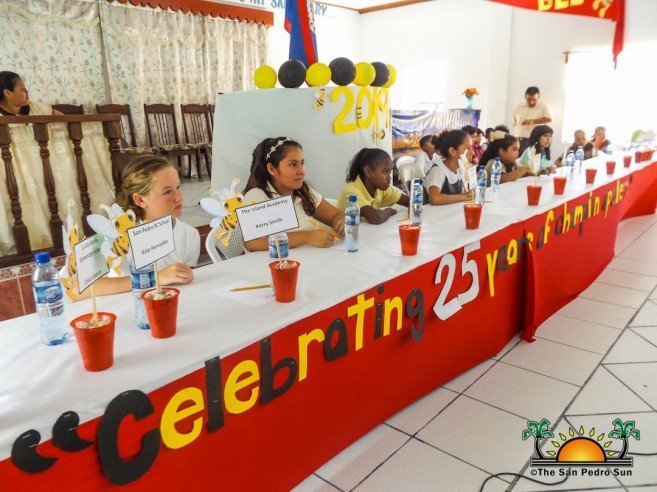 Each participant was given two words during the first two rounds of the competition from the general list with a total of five points to be gained for every word spelled correctly. At the end of the second round, scores were tabulated, and only the top six spellers with the highest points remained. For rounds three, four, five and six, words from the Reserve List were used. 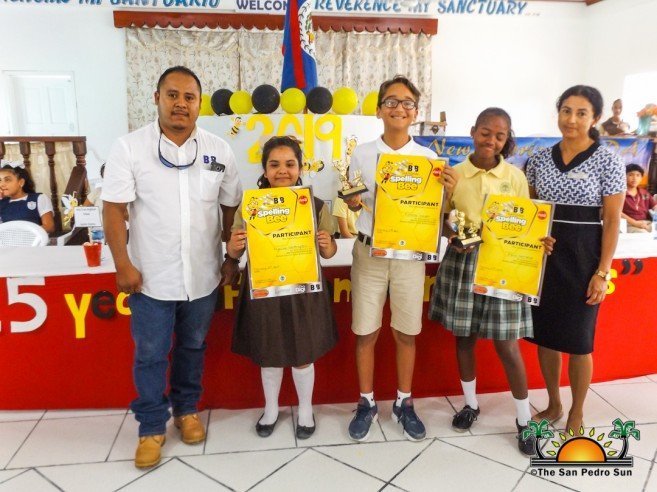 At the end of round three, Nicholas Lausen of The Island Academy and Alexis Lawrence of ACES had the highest scores of 40 points each allowing them to advance to the finals. Both spellers showed their great skills in spelling, but there could be only one winner. Lausen was given the word ‘suede’ to spell but ran out of time before he could spell it correctly. Lawrence was then asked to spell ‘inedible’ which she spelled correctly on the first try claiming the first place in the competition. Lausen was awarded the second place. 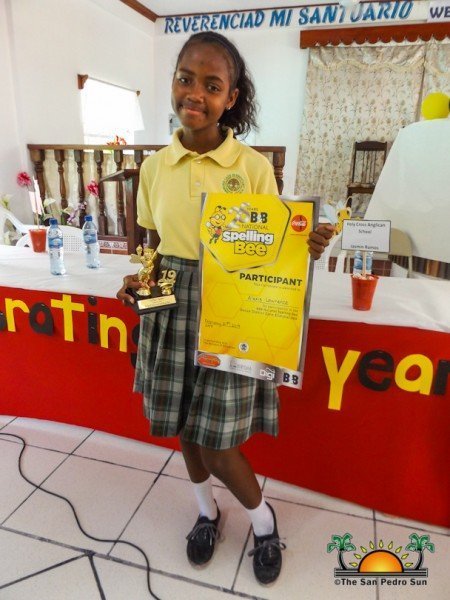 Following the selection of the winner, another round was conducted to determine an alternate speller, who would take the place of one of the top two spellers in case they are unable to participate in the District Finals. Competing in this round were Lynel Arzu of SPRC, Angelina Worthington of NHSDA, Jasmin Ramos of Holy Cross Anglican School, and Kerry Smith of The Island Academy. The competition extended for three more rounds of intense spelling. At the end of the last round, it was Worthington that managed to claim the third place securing her spot as the alternate speller. She will accompany Lausen and Lawrence to the District competition and will be on standby in case she needs to participate.

Immediately after the competition, each participant was given a certificate of participation, and the top winners were awarded a trophy. Odelia Caliz from the Ministry of Education congratulated all the participating schools and encouraged them to continue working closely with their students. Students and guests were then treated to drinks and snacks.
The San Pedro Sun congratulates all students that participated and wish the winners the best of luck at the district finals to be held in Belize City at a date to be announced later.