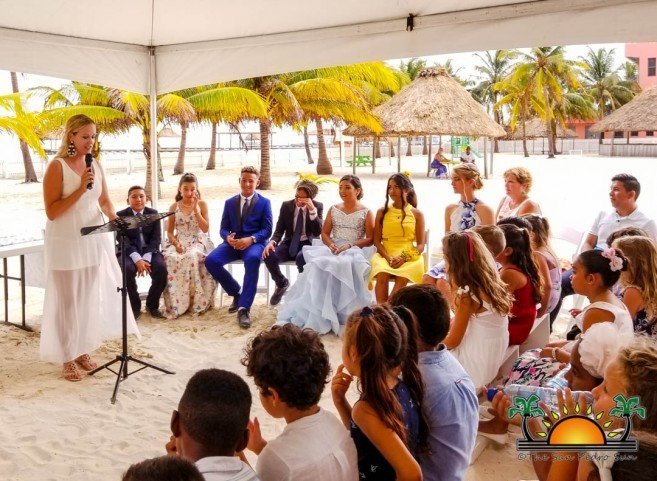 Even a sudden downpour could not dampen the spirits of the happy bunch, who celebrated their milestone with family, friends and fellow schoolmates. The end-of-year ceremony highlights the achievements of all students at TIA, honoring top scorers in a variety of subjects as well as for their citizenry, extra-curricular activities and improvements. All students from Infant through Standard Six received their awards, after which the graduates each stood up to give a speech honoring their school and fellow graduates. The emotional commentaries had many teary eyes in the audience, while some brought the laughs as they reminisced over the years.

Principal Lady Dixie Bowen and Miss Wilema Gonzalez then officially honored the winner of the Sir Barry Bowen Cup, which is awarded every year to an outstanding student of the school. As Lady Bowen explained, “[The cup] means more than just being successful academically. This award goes by the same concepts TIA was established under, which is being a person of high personal values, humanitarian, dedicated to both citizenship and education.” This year, there was a tie for which student would receive the cup, and it was shared by Annie Nuñez and Bryan Camal. Also, historically, the cup is also awarded to Oscar Pinelo, a past student who has devoted his time volunteering after school with the students.