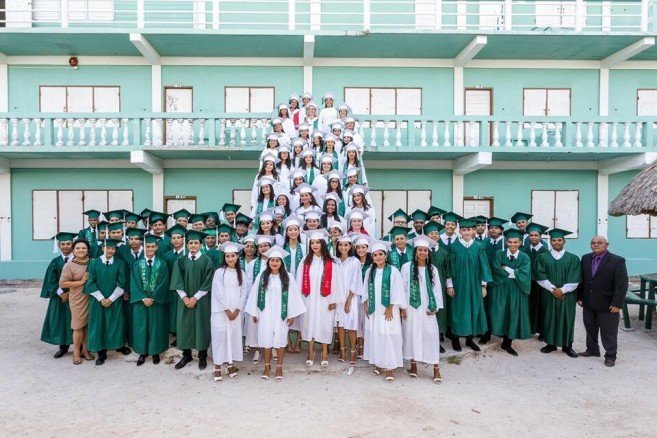 First to walk to the tune of Pomp and Circumstance was SPHS Class of 2019. One hundred young men and women proudly celebrated the completion of another chapter of their education career before an audience of proud family and friends. Starting at 5PM on Saturday, June 8th at the Angel Nuñez Auditorium, the ceremonies were led by graduates Shanelly Gutierrez and Elias Zetina. After the singing of the Belize National Anthem and the SPHS school song, Ivanna Nuñez delivered the Salutatory Address. 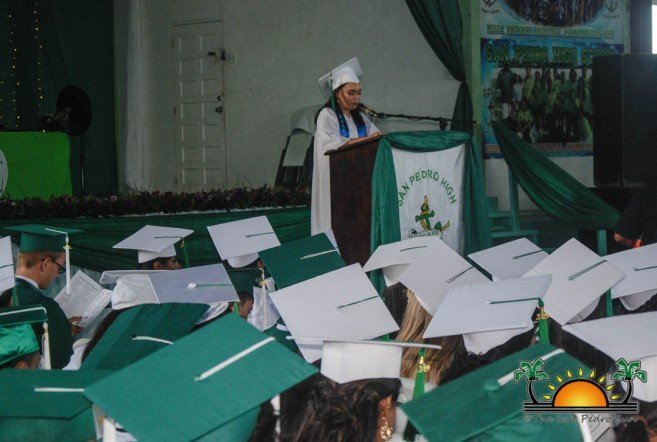 Diplomas and awards were then distributed by Chairlady of SPHS, Martha Guerrero. Recent graduate and beloved SPHS Teacher, Paul Kelly then took to the podium as Guest Speaker. Kelly encouraged the students to continue striving for greatness, reminding them to show gratitude to those who have helped them along the way. With the highest Grade Point Average (GPA) of the graduating class, Miguel Hancock had the honor of addressing those present with the Valedictory Address. 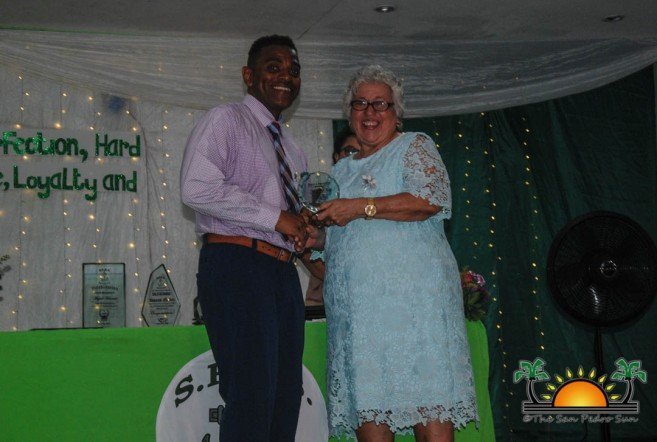 After an inspirational speech by class valedictorian, graduates Ashley Minott and Mercy Galicia led the Rose Ceremony to thank parents and teacher for their support during their time at high school. The Principal’s Address by Emil Vasquez followed. He spoke on the evolution of the education institution and possible changes coming to SPHS in the near future.
Myranie Hyde and Nin Lin then led the Candle Lighting Ceremony, an SPHS tradition involving the junior class (third formers). Winding up the program, the Class of 2019 delivered the farewell song, a rendition of Hall of Fame by The Scrip featuring Will.I.Am. With the third highest GPA of the class, Gaven Zapata closed the ceremony with the official Vote of Thanks address. 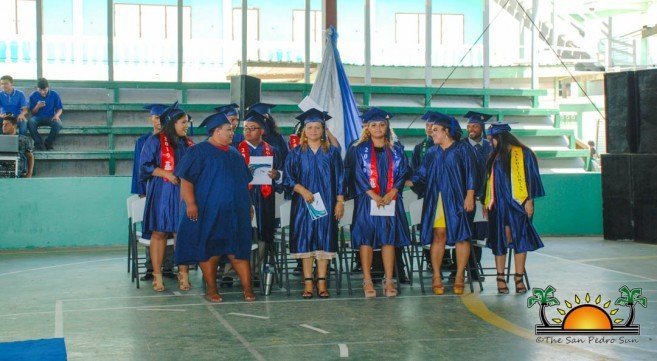 On Sunday, June 9th at 10AM, SPACE held its seventh Commencement Exercise. The night division of SPHS had a graduating class of 17 proud students. Leading the graduation ceremonies was Juan Botes and Zair Cardenas. The event opened with the singing of the Belize National Anthem followed by a heartwarming invocation by Pastor Clive Welsh. Lawrence Acosta then delivered the Salutatory Address which was followed by the administration report given by Roberto Canche. Guest Speaker for the ceremony was Rashela Elliotto who congratulated the students on their achievement in the face of adversity. 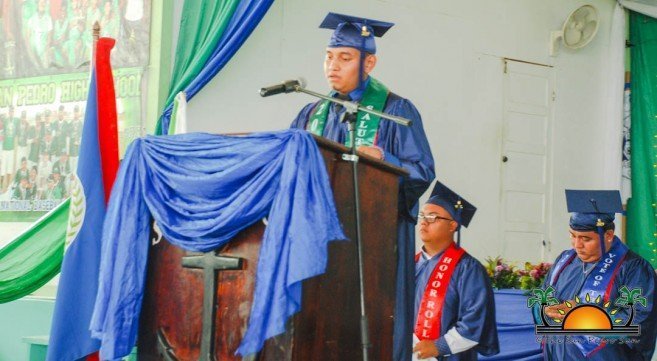 With the highest GPA of the graduating class, Jilsia Blanco delivered the Valedictory Address before diplomas were handed out by Mr. and Mrs. Gustavo Ellis, Patrons of the Class of 2019. The program continued with the singing of the graduates’ theme song, Dream It Possible by Jane Zhang. Finally, Yanairy Escalante closed the morning’s ceremony with the Vote of Thanks Address.