The San Pedro Town Council working along with the San Pedro Cultural Committee hosted the second annual Tribute to the Baymen. The event took place at Central Park on the eve of the 10th of September – a celebration to commemorate the Battle of Saint George’s Caye. Belize celebrated the 215th anniversary since the historic battle that saw the last attempt by the Spaniards to invade the British Colony in 1798.
The event started with the sounding of the fire engine siren. That took place at 8PM and saw the Traffic Department, Fire Department and a few bicycles parading through the main downtown area. The bicycles were decorated and judged. Winners were 1st place – Kareena Paz, 2nd place – Pios Zetina and a tie for third by Jordan Santos and Joshua Fuentez. They all won cash prizes. And while the small parade went around town, the San Pedro High School Marching Band entertained residents who came out to celebrate.

In welcoming the residents and visitors to the event, Mayor of San Pedro Daniel Guerrero reminded those present about the importance of paying tribute to those who fought to secure the British settlement now called Belize. Meanwhile Minister of Tourism and Culture, and Chairman of the National September Celebration Commission,Hon. Manuel Heredia Jr. said that events such as the Tribute to the Baymen highlight Belize’s culture and rich history.

During the ceremony, Tricia Stokes presented a beautiful rendition of the Belizean song “My Homeland by the Sea.” The Tribute to the Baymen was celebrated under the theme “Belize in me, Belize in You – Land of the free,” and honored the brave men (British, free blacks and slaves) that defended the territory that was subject to several attacks. 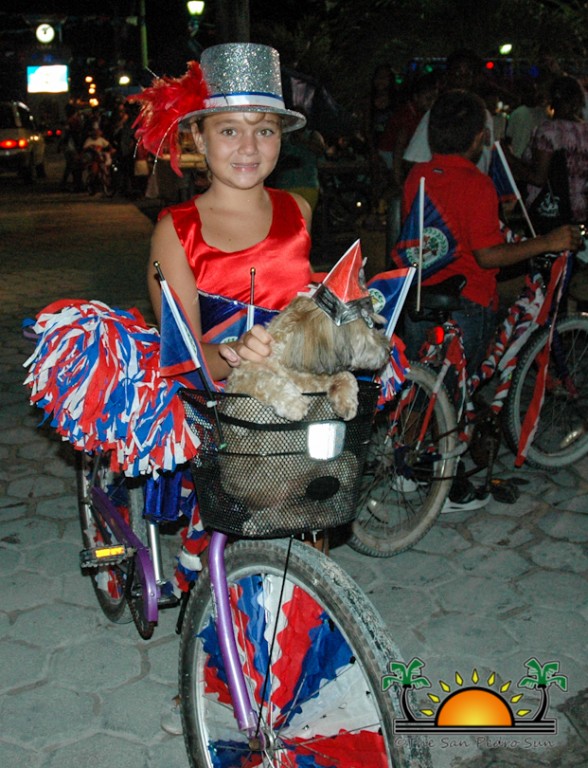 “Their settlements were constantly burned down and the people were captured and taken to the Mexican base at what is now called Merida City. They were captured and taken by land,” recollected Nigel Encalada, Director of the Belize Institute for Social and Cultural Research. The continuous sustained attacks eventually led to the battle which lasted a few days ending on the 10th of September 1798. “Since then our country – Belize – has enjoyed 215 years of uninterrupted peace, something we often take for granted,” highlighted Encalada in delivering the official Tribute to the Baymen.

Following the short ceremony, the residents were entertained with two dance presentations entitled “The Baymen’s Clan” by the San Pedro Dance Academy. This year the organizers invited the Verandah Taylz Theatre Group who kept the residents engaged and entertained with a play entitled “From a settlement to a nation.” The main highlight of the play was the vote to fight and defend the British settlement leading up to what is now referred to as the Battle of St George’s Caye. 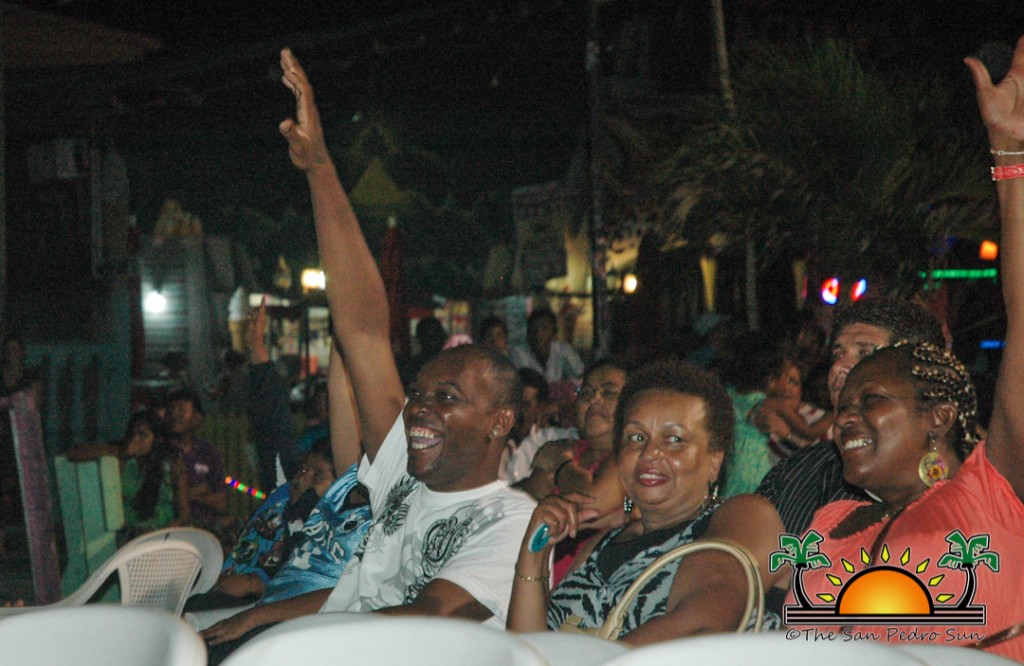 The event went through until the wee hours of Tuesday morning with live musical performance by Barrington and the Islanders, Super Latino Band and Individual Stars. The Tribute to the Baymen was a part of the official 10th of September celebration organized by the local municipality.

The Tribute to the Baymen celebration was just one of two major days of celebration organized by the San Pedro Town Council. On the 10th of September, the official coronation of Miss San Pedro 2013 – 2014 was conducted along with the official uniform parade through the principal streets of San Pedro Town. The new Miss San Pedro Solani Graniel assumed responsibility fromformer Miss San Pedro Naiely Puc. In her address, Graniel expressed gratitude to the people of Ambergris Caye who gave her the opportunity to serve as their ambassador. 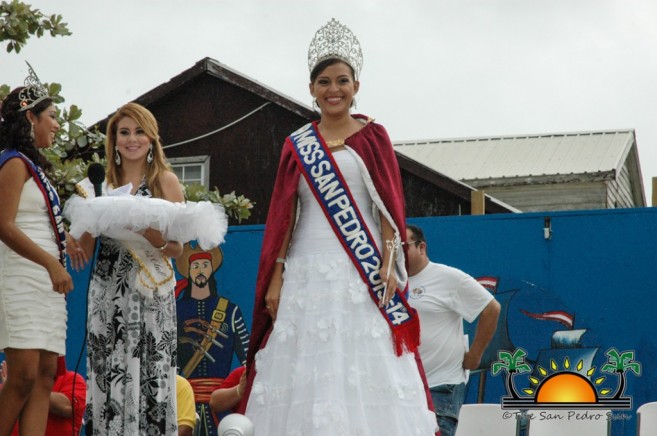 Each of the participants of Miss San Pedro Pageant received their prizes handed to them by the Mayor Guerrero, after which they joined the students in the uniform parade. All the primary school and the high school participated in the event which ended at the Central Park where they were given a special treat by the San Pedro Town Council.

As a gesture of goodwill, the SPTC with consultation with the Ministry of Education gave the students a free day off from classes for showing their patriotism. The 10th of September celebration went through without any major incident and everyone is looking forward to the big parade on Independence Day, September 21st. Hip, Hip, Hurray!