Two weeks after the unlawful arrest of Rupert Myles by villagers of Santa Cruz, Toledo, the dispute continues to build. Myles was detained by village leaders on Saturday, June 20th to evict him from a property they claim he is occupying illegally. The land in question is a parcel sacred within the Uxbenka Maya Site. The villagers claim that they had asked Myles to remove himself from the area, but after he refused to move they took the law into their own hands. The incident has only grown more volatile, as police have arrested and charged the villagers for the crime of “Unlawful Imprisonment”. 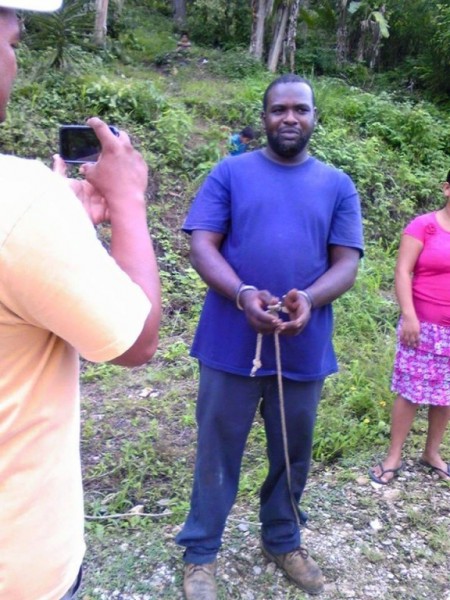 Myles, who is of Creole descent, had lived in the village since October, 2014 after marrying a woman from the village. The villagers claim that he had destroyed structures in Uxbenka in the process of building his home, and to prevent further damage asked him to leave the area. After Myles refused to relocate, the villagers went to his home where they subdued him with force, handcuffed him, tied a rope around his hands and dragged him out of the area. In the process of the arrest, Myles took out his licensed fire arm in an attempt to calm the mob; but to no avail.
Myles claims that their actions were not because of where he was living, but rather because of his racial descent. “They were armed with machetes while I was walking out. I dodged them and I went to open the door of my vehicle. They then jumped on me and pulled me to the ground, hit me on my back and grabbed my hands. There were three men on each of my legs. I managed to turn my face up to see who was doing damage to me. The Chairman of the Village [Council] had his hands choking my neck and his knee in my chest, while another man put a handcuff on my hands and tied it up with ropes. I told the men that I have rights too and my rights are that I can live wherever I want in this country. They told me not Santa Cruz because it is communal land. They even went as far as to disassemble my house,” said Myles of the incident. He indicated that the assault ended after the villagers noticed that a young child was inside the house. “Cristina Coc came up and she was dictating to them what to do. They went into my house and saw that a young baby was in the bed. That’s when they said that they will not disassemble the house. They said that I have two weeks to remove the structure from there and come out of the village,” said Myles.
In response to the incident, the Maya Leader Alliance (MLA) released a statement stating, “Santa Cruz villagers, the Village Chairman enforced their decision to protect Uxbenka (Ush-Ben-Ka) Maya sacred site. The action was taken as a last resort only after Punta Gorda Police, the Belize Defense Force (Fairweather Camp) and the Belize Institute of Archeology (NICH) were notified in advance of the village’s decision to dismantle an illegal structure built by Rupert Myles on Uxbenka. The MLA asserts that racism did not influence the interactions between the village of Santa Cruz and Miles.”
Following the incident, Toledo police detained up to 15 villagers of Santa Cruz, including Cristina Coc on Wednesday, June 24th, for the unlawful imprisonment of Myles. 11 of those detained were arraigned before Magistrate Emerson Banner for charges of “Unlawful Imprisonment”, “Common Assault” and “Aggravated Assault”. The charge is in response to a criminal complaint filed by Myles. “What is amazing about this, it shows you the might of the state. I don’t say we shouldn’t have justice; I believe there should be an investigation and the side of Myles should be heard and the side of the villagers also. These people were arrested in a fashion that was not appropriate. The police arrested them in a pre-dawn operation. They weren’t properly dressed. I believe they were arrested inhumanely,” said attorney representing the villagers, Audrey Matura-Shepard. The persons charged included: 24-year-old Michael Sho, 30-year-old Alfredo Mes, 20-year-old Timoteo Sho, 26-year-old Pedro Teul, 43-year-old Basilio Teul, 34-year-old Renato Canti, 28-year-old Isabel Canti, 23-year-old Oliegario Sho, 44-year-old Raymundo Sho, 24-year-old Armando Mas, 33-year-old Aran Canti (Village Chairman), and 34-year-old Cristina Coc (spokesperson for the MLA). 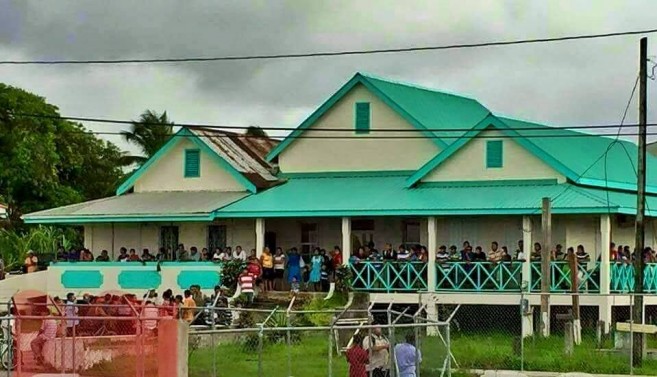 Prime Minister Dean Barrow has condemned the actions of the Santa Cruz villagers stating that the treatment of Myles is “outrageous”. “What the villagers did was absolutely wrong. I don’t care whether in fact Myles’ place is in some sort of a sacred spot, they shouldn’t have done that. Yes the Mayas were correct in wanting Myles to be dispossessed or be removed, but you cannot go about it in that way. As I pointed out, under our law, if someone you say is in wrongful occupation of your land, you get a court order for an eviction and that’s is when the agents of the state can go in to help you enforce that court order. When the Mayas say they had been writing to the police; the police cannot respond to them because that is not the job of the police. It is a dispute between them and their claim as to ownership and as to cultural patrimony and another private citizens. They first needed to get a court order. Cristina Coc seems to think that our acceptance of the entitlement of the Mayas in Toledo, to some kind of land rights, is tantamount to some concession of sovereignty. Some concession that they have rights that supersede the laws of this country. That is absolutely not the case and she and the MLA must get that straight if we are to be able to proceed. That having been said, I made the point that we have conceded that they have rights. And those rights must be vindicated and must be defined with some precision. But until that is done, if ever they do what they did again, the same thing will happen,” said Barrow.
MLA has stated that they are appalled at Barrow’s stance regarding the incident. “We have to say that we were shocked by the remarks of the Prime Minister for lack of a better interpretation. I believe the Prime Minister essentially was premature in making remarks that can incite further division, incite violence amongst ourselves as peaceful people. It is obviously an attempt to overshadow the fundamental issues and that is the respect for Maya customary practices, respect for Maya people’s rights to resources as asserted by the Caribbean Court of Justice. This has to be seen as a conscious effort to cloud that judgment and it was our hope that the remarks of the Prime Minister do not in any way jeopardize good faith on the part of the government as we move towards implementation of these rights. I want to state clearly that we have reached out to the government to sit down and to have an initial meeting to chart the way forward for implementation,” said Pablo Mis of MLA.
MLA has indicated that both the media and Prime Minister are fueling a national debate classifying the incident as an act of discrimination. They claimed that the incident was in regard to the Maya people’s land rights in Belize and the protection of cultural and historical sites within their community. They further stated that there is an intentional disregard for Maya land rights by the Government of Belize.
The villagers remain adamant that Myles and his family remove the building from the area by Saturday, July 4th.